FIA race director Michael Masi says the Miami Grand Prix will be “far from a race in a car park” after visiting the Hard Rock Stadium to see progress with the circuit build.

Masi visited the Miami International Autodrome being built around the NFL stadium last week prior to the United States Grand Prix at Austin’s Circuit of The Americas. While land that was originally parking for the venue is being utilized, Masi says there’s a misconception about the amount of work being done to create the track.

“It is a proper circuit,” Masi said. “It’s far from a race in a car park. Far from it, considering the work that is going on there in a number of areas. The facility is coming along really, really well and it will be something unique.”

The inaugural race in Miami will take place next May and Masi says it’s impressive how the track build is progressing around Dolphins home games at the stadium.

“It’s great. I don’t envy them, the way they are having to integrate an NFL season between all the work that they’re doing and sort of compartmentalize the areas of the work they are doing at the stadium. I think it’s a credit to them — they were doing major work there last week then obviously had to put everything back to a level for the Dolphins game to happen on the weekend and start again the following day.”

Masi traveled to Miami after a visit to Qatar, where further work is taking place on the Losail circuit before Formula 1’s first visit for a race next month.

“It was the only free slot to get there before the race. (Losail) is not homologated yet — I’ll do the homologation inspection the week of the race but there’s nothing that I see at the current point that would stop a Grade 1 being issued.” 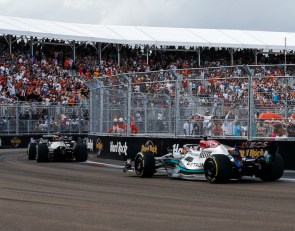 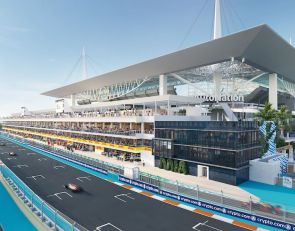