While the off-road world has forged the reputation of many top names within the greater ranks of motorsports, perhaps none looms larger than the incredible history of Cal Wells III. In preparation for his upcoming induction into the Off-Road Motorsports Hall of Fame (ORMHOF), a new video series entitled “Cal Wells: Excellence Was Expected” is being released over the course of the coming six weeks.

Honoring a combined class of 2020 and 2021, Wells, along with 10 other inductees, will be added to the Off-Road Motorsports Hall of Fame in a special ceremony scheduled for Saturday, October 30, 2021 at the South Point Hotel and Casino in Las Vegas.

Episode three, titled ‘Riding the envelope’, focuses on Cal’s brother David Wells, who shares his remembrances of life with the off-road racing legend and his ability to own many opportunities that helped shape a Toyota/PPI effort that lasted for decades. 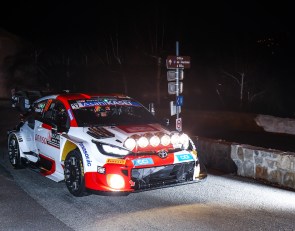