Blockchain leader Avalanche is partnering with Andretti Formula E in a multi-year agreement and will serve as the team’s title sponsor beginning with the upcoming Season 8 of the ABB FIA Formula E World Championship.

The deal marks the first time a Formula E team will have a blockchain company as a title sponsor. The partnership is funded through a combination of U.S. dollars and access to Avalanche’s native token AVAX.

“As a founding team of Formula E, we believe in the mission and future of the Series and are excited to be bringing an innovative partner like Avalanche on board,” said Avalanche Andretti Formula E head Michael Andretti. “Not only do we share in the goal of winning on the track, but we also share in the belief that blockchain technology can make a positive impact on the world of motorsport. This opens opportunities for new ways to engage with fans, and a chance to introduce state of the art technology into various areas of the team. We’re excited to see where this partnership will go.”

Launched in September 2020, Avalanche has become a leader in decentralized finance and non-fungible tokens, with leaders like Topps migrating their digital collectibles efforts to the platform.

“Andretti and Avalanche are all proving that you don’t have to sacrifice high-powered performance when choosing to be eco-friendly,” says John Wu, President of Ava Labs, parent company to Avalanche. “We all have a responsibility to combat the climate crisis, and this partnership aligns pioneers leading the charge in their respective industries.”

Jake Dennis at the wheel of this season’s BMW I Andretti Motorsport entry. Carl Bingham/Motorsport Images

Andretti spent seven seasons in Formula E and the last four as BMW’s works team, collecting seven wins, 17 podiums and eight poles. Although BMW withdrew from the series at the end of the 2020/2021 season, the team will still carry the BMW Racing eDrive03 drivetrain next year as an independent entrant, with two-time race winner Jake Dennis returning to pilot the No. 27 entry alongside a second driver to be named later.

“I am very pleased to welcome Avalanche to the Andretti Formula E family as the team’s new title partner,” said team principal Roger Griffiths. “From the outset, the energy and enthusiasm shown by the Ava Labs team has matched our own. Their ideas and creativity around the partnership demonstrates the kind of thinking they have put into their blockchain technology development that sees them as leaders in this field. We hope to match that with our own success by being leaders on the racetrack as well! We are all very excited about the first running of the Avalanche Andretti Formula E cars at the Valencia pre-season test in just a few weeks’ time.”

Season 8 will begin on January 28 with the Diriyah E-Prix in Saudi Arabia. 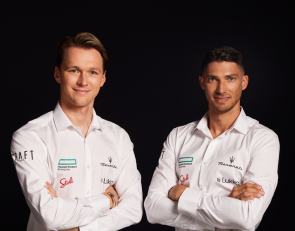