There was NFL, college football, golf’s Ryder Cup, Major League Baseball and all sorts of other sporting events going on last weekend. And if you were deft enough to navigate your remote through all of that, you just might have landed on some racing.

NASCAR’s Cup Series dodged the football and golf with its Sunday evening start time in Las Vegas, and according to ratings curator showbuzzdaily.com, was rewarded with an average 2.09 million NBCSN viewers tuning in to watch Denny Hamlin take the win. That’s a 1.21 national Nielsen rating – an improvement on the 1.97 million/1.15 that tuned in to the same race last year on the same network.

Formula 1’s visit to Russia attracted a very decent bump in viewership compared to the same race 12 months ago, with a national average of 0.49/833,000 taking in Lewis Hamilton’s 100th career win on ESPN2. The same race on the same network and weekend last year drew in 0.31/517,000.

The NTT IndyCar Series season finale on the streets of Long Beach capped off a record-breaking year for broadcaster NBCSN, but amid stiff competition for eyeballs it had to settle for an average viewership of 0.21/368,000. That’s well down on last year’s championship-decider at St Petersburg (0.41/671,000), and also on the previous weekend’s race at Laguna Seca, which averaged 0.44/715,000. 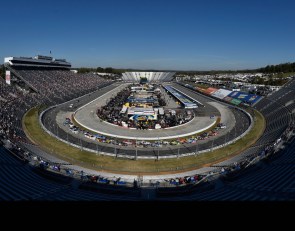 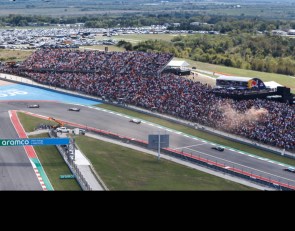