A chaotic finish capped off the first of two TC America Powered by Skip Barber Racing School races at Watkins Glen International. The No. 30 BMW M2 CS Cup driven by Steve Streimer for Hard Motorsport took the lead in the closing moments of the race, passing the No. 5 BMW M2 CS Cup of Roy Block, who would go on to finish second in the TCX class. The No. 81 BMW of Jacob Ruud finished fourth after leading the majority of the race and suffering a punctured tire with just minutes remaining.

A fierce battle in the opening lap within the TCA field shuffled all but the front few – The No. 16 Honda Civic Si of Carter Fartuch never had to look in the mirror, taking victory at Watkins Glen over the No. 33 Hyundai Veloster Turbo of Luke Rumburg driving for Forbush Performance. Rumburg’s teammate, the No. 18 Hyundai Veloster Turbo of Caleb Bacon, finished third in the TCA class.

The No. 81 BMW M2 CS Cup driven by Jacob Ruud for Classic BMW drove away from the field at the start of the first of two races at Watkins Glen for TC America Powered by Skip Barber Racing School. Prior to Road America, Ruud was undefeated in the TCX category, and entered Rounds 9 and 10 at Watkins Glen having won all but one race this year. Ruud built a 25s lead, but it was erased with a flat right-rear tire with just over three minutes remaining in the race. The No. 5 of Roy Block passed Ruud as two other cars, the No. 38 BMW M2 CS Cup of Joseph Catania for Rigid Speed and the No. 30 BMW of Steve Streimer from Hard Motorsport, closed quickly from behind. The final lap saw the No. 38 of Catania pull off course in the bus stop prior to Turn 5, and the No. 5 of Roy Block slow, which allowed Steve Streimer through to win his first race in TCX.

In the TC field, leaders Powell and Boehm commandingly drove away from the rest of the field at the start of the race. The No. 21 Nissan 370Z of Rob Hines and the No. 78 Hyundai Veloster N of Jeff Ricca collided in the bus stop on the opening lap, forcing Hines to retire with crash damage. Ricca would go on to finish 21st overall. The No. 88 Hyundai Veloster N of Kurt Washeim and the No. 28 Honda Civic Type-R of Ken Fukuda fought for fourth in TC. Washeim and Fukuda made contact in the carousel, spinning Washeim’s Hyundai. Both drivers continued and finished in fourth and fifth, respectively.

The No. 16 Honda Civic Si of Carter Fartuch led from flag to flag, with no real pressure from behind. Deeper in the field, the No. 780 Honda Civic Si of Sally McNulty battled with the No. 20 Honda of Mike Stillwagon, driving for Skip Barber Racing School. The two ran nose to tail, lap after lap, where they finished sixth and seventh in class. 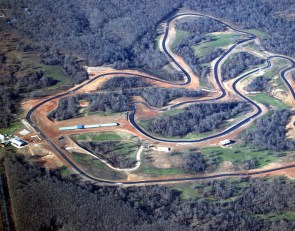 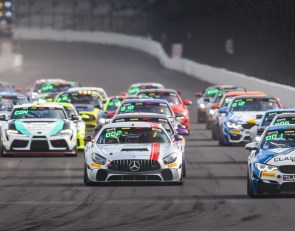