Everything fell into place for the German-based Virtual Competition Organization to leap into action in response to the tragic floods that devastated the Eifel region and other parts of its home country.

From the moment the idea for a charity race was conceived, to the green flag some 24 hours later, VCO had a broadcaster in place, a system to receive donations, and a team of volunteers to manage race control. By the time all was said and done, the group had raised over 10,000 euros for the “Us For The Eifel” social media campaign. (#WirFuerDieEifel).

Thanks to the contacts that VCO had from hosting other sim-racing events, things were able to be put together in rapid time, Florian Haasper, the CEO of VCO explained to RACER.

“We have everything in place, so I knew the three or four people that I needed to contact, and they were all up for it immediately, so I got fast responses,” he said. “Then we could create registration forms and think about the concept and which cars to have in [the race] and so on.”

VCO also had the most important part of a fundraising campaign in place: a way for people to donate. Through their prior partnership with FundRazr, a Canadian-based crowdfunding service, VCO already had a verified account and the infrastructure in place to begin taking donations immediately.

“We were doing some projects with [FundRazr] and we wanted to raise prize money and so on,” Haasper said. “So, we already had a verified FundRazr account so we could easily set up our campaign so we could enable PayPal donations and all of that, which is a very important technical bit. It’s not just having the race, but also to getting the money to us and then to getting it to the people in need.”

The first hour of the race went by without much fanfare, then the donations began rolling in and each donation came with an incentive. If you were trying to reel in a car ahead of you, you could simply donate 10 euros to give your competitor a drive-thru penalty. If you were really far behind, you could donate 40 euros to force someone to drive a lap in reverse gear. Were you in need of a safety car to help your strategy? That would be 300 euros.

“The race was just mad, and the entire community is very funny and has a good sense of humor and this is what we proved within a few days so I’m proud of this,” Haasper said. “The most important thing is that we could help a little bit. But it’s such a big mess there; high costs and so many lives lost. So it’s just a small drop but at least we could get it together, so I’m proud of that.”

By the end of the race, just over 8,000 euros had been raised and the group eclipsed the 10,000 euro-mark in the days after the event. Donations are still being accepted for another 12 days, and you can visit this link for more information. 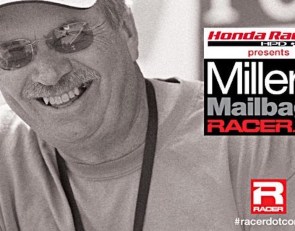 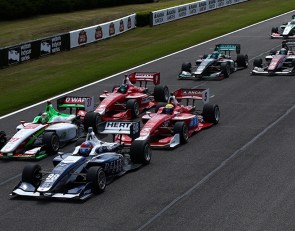 Road to Indy ladder to race in support of Lupus Foundation