Richmond Raceway eSports’ Jimmy Mullis won the eNASCAR Coca-Cola iRacing Series All-Star Race from Nashville Superspeedway on Tuesday after a late-race pass on Corey Vincent. It was the first time we got to see the eNASCAR Coca-Cola Series drivers behind the wheel of the NASCAR Next Gen car in a true competition setting.

Mullis — who is coming off a win at New Hampshire in the series — claimed $3,500 of the $5,000 prize pool iRacing had put forward for the event. This was the first official All-Star event held for the Coca-Cola series but drivers like Ray Alfalla had hosted unofficial races in the past.

Team Dillon eSports’ driver Corey Vincent worked his way to the lead after passing others who had elected to take two tires on their final pit stop of the day. Mullis, however, reeled in Vincent and made a daring pass into turn three on the penultimate lap to take control of the race.

“At the end, I thought we had it, honestly,” Vincent told the iRacing broadcast after the race. “But Jimmy [Mullis], he sent it into three coming to the white [flag] and I don’t know how he sent it in that deep, but he made it work.

“He got to my left rear and stalled me out and going down the front stretch he was side-drafting me and I was trying to side-draft him and we came together — I was able to keep the car straight, though, so I’m happy about that. It’s tough — it was just for fun but definitely lost out on some money there.”

For finishing second the Louisville, Kentucky driver earned himself $1,000.

Neither Vincent nor Mullis thought they would have a shot at such a good result in this race. Vincent admitted he had never driven the Next Gen car or Nashville Superspeedway going into the event on Tuesday.

“I didn’t even think I would have a shot at it with the way that everything was playing out, but this is huge, man!” Mullis said. “It’s crazy the momentum we’ve had these last two races and just hoping to keep it going.”

Mullis also apologized for the contact with Vincent while racing for the lead.

“I really hope Corey [Vincent] isn’t too mad. I obviously wasn’t trying to wreck him or anything but a lot on the line. Fortunately, we came out 1-2 still,” he added.

This race featured a car that won’t be used in the playoffs, a track that’s not on the eNASCAR Coca-Cola iRacing Series schedule, and fixed setups that put everyone on level ground, meaning it may not mean much in terms of seeing who could be the favorite for the looming playoffs. But back-to-back wins likely make Jimmy Mullis a name to keep in mind as the series looks to crown its next champion in the coming weeks. 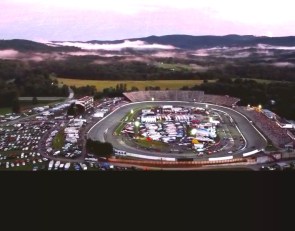 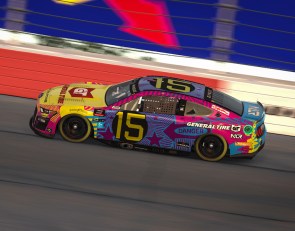 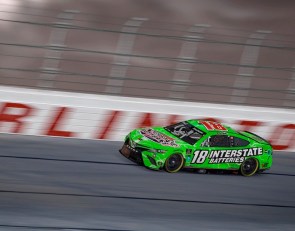