Another rain delay led to a year-on-year ratings hit for NASCAR last weekend, but not by much.

The season finale of the Superstar Race Experience (SRX) enabled the new short track series to boast an average of over a million viewers for each of its six races, even though the final round was actually down slightly on CBS. Saturday’s Nashville race averaged 1.27m viewers, down from 1.33 the previous week. Still, the inaugural season — with all races airing in the same Saturday evening time slot on free-to-air CBS — were impressively consistent in audience, averaging around 1.3m.

Formula 1‘s growth spurt in U.S. audience growth rolled on at the British Grand Prix, which again averaged over a million viewers — 1.029 million this time, according to ESPN. That makes it the third-largest F1 cable audience on record, and pushed the season average to 944,000. This year’s numbers for the British GP are up from 736K in 2020 on ESPN, and from 529K in 2019 on ESPN2. Coincidentally, that last number matches this year’s average number of viewers watching the new Sprint qualifying format, which aired Saturday on ESPN2. 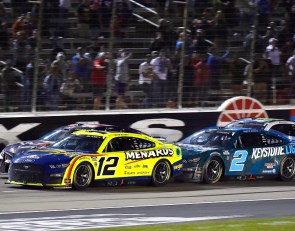