Ryan Hunter-Reay held the top spot in Friday’s lone NTT IndyCar Series practice at Road America for most of the 45-minute session, but with 30 seconds remaining, Romain Grosjean cleared the Andretti Autosport driver and claimed P1 with a lap of 1m47.6781s in the No. 51 Honda.

“It’s a good start to a track that is very different from when we came testing,” the Dale Coyne Racing with Rick Ware Racing driver said. “So I think we’ve got some work to do on a set up. But yeah, we’ve managed to get a good lap at the end. So that’s good for the race weekend.”

The star of the session was Ed Carpenter Racing’s Oliver Askew, who is substituting for the injured Rinus VeeKay in the NO. 21 Chevy. Doing his best impression of the Dutchman’s usual rapid pace, Askew pushed up the timesheets to P9. It was a strong performance that compared well to ECR teammate Conor Daly in P18 with the No. 20 Chevy.

Subbing for the injured Felix Rosenqvist and with zero laps of testing in the No. 7 Arrow McLaren SP Chevy, Kevin Magnussen was – as expected – among the slowest in the field. The Dane would keep busy during the session, ending up P23 with a best lap of 1m50.4921s (+2.8140s) to his former Haas F1 teammate Grosjean in P1.

Although 25 cars are entered for the event, only 24 took part in the session. An unlucky Ed Jones dealt with a wiring loom fire in his car and missed the session; it followed the brake fire teammate Romain Grosjean had to close Detroit.

• Slightly off start to the weekend for Detroit 2 race winner Pato O’Ward in P11.

• Similar note for Team Penske’s Simon Pagenaud who, once again, was in the late teens in P17 while his teammates were P2, P8 (McLaughlin), and P10 (Power).

• Great start for the Andretti squad with Hunter-Reay in P2 and Herta in P6, but a fair bit of distance for Alexander Rossi (P17) and James Hinchcliffe (P20) to cover in FP2.

• Ganassi is feeling the same great-but-distance scenario with Palou in P2, but the rest of his teammates well behind with Scott Dixon (P12), Detroit 1 winner Marcus Ericsson (P18), and the aforementioned Johnson lacking speed compared to the Spaniard.

The 45-minute session saw 24 of the 25 cars perform the usual installation laps and return directly to the pits. Most chose to sit or complete quick mechanical work as only six drivers ventured out for normal lapping after 13 minutes had elapsed.

Scott Mclaughlin held the early fast lap at a 1m49.9822s. As the clock wound down to 30m left, all rookies and newcomers were active with Jimmie Johnson, Cody Ware, and Kevin Magnussen in motion. Magnussen’s third lap was good enough for P13 at 1m51.6824s. By Lap 5, Ware’s 1:50.2981 was good enough for P6 as others started generating quick tours of the 4.0-mile track.

With 25 minutes left, it was Ryan Hunter-Reay at the top of the field with a 1m47.8024s. McLaughlin had oversteer on the exit curbing at the final corner and overcorrected, sending his car onto the left-side grass where he hit a Firestone banner and returned to the track with some of the plastic promotional item stuck to his left-front wing.

Heading up the hill, Will Power, Colton Herta, and Newgarden found the grass. 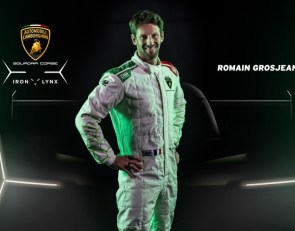 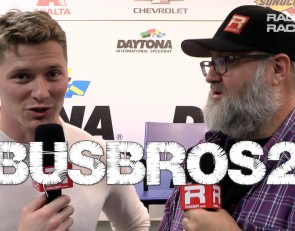