A slow of a start followed by a domino effect was blamed for Sunday’s embarrassing seven-car pile-up as the green flag waved for the XPEL 375 at Texas Speedway.

As the field accelerated, Pietro Fittipaldi turned Sebastian Bourdais into Alexander Rossi with Ed Jones and Dawson Kellett caught up in the melee as Conor Daly got upside down trying to dodge all the spinning cars. Tony Kanaan was momentarily trapped but was able to continue.

Fortunately there were no injuries but there was some finger-pointing.

“Dixon was so slow at the start, that’s ridiculous,” said Will Power of the polesitter during the caution.

NBC analysts Paul Tracy and Townsend Bell both questioned the pace of the flying start and Bourdais blamed the domino affect.

“Clearly it was checking up at the front; by that stage we should be going, so I don’t know what was going on at the front,” said the four-time champion who was eliminated Saturday night after being rear-ended by Josef Newgarden and sent into the Turn 2 wall. “Pietro apologized and it’s still not an excuse but the same thing as yesterday — when it checks up in front of you, you should be in control of your car in slowing down. Two days in a row we got drilled.”

Multiple cars involved in this crash at the beginning of the @IndyCar race at @TXMotorSpeedway.@ConorDaly22 flips, but all drivers are ok.
(TV: NBCSN, Stream: https://t.co/THKlb49aWT ) pic.twitter.com/amgrJsHodd

Daly tried to follow James Hinchcliffe through a tiny opening but got clipped and flipped, sliding on his aeroscreen until flipping back right-side up in the grass.

“In general in IndyCar, I think we have too many start crashes and I think we should probably look at that,” said Daly, who was taking over Trevor Carlin’s car on ovals (except the Indianapolis 500) for the second straight season. “There is such an accordion affect and, honestly, it looked fine and everyone was accelerating. It just takes one person because everyone else is nose to tail.

“There was a little hole and I tried to follow my pal (Hinchcliffe) through it but it closed up.”

Rossi was as miffed with the way the field was set as the carnage.

“We had all morning and plenty of opportunity to qualify instead of starting on points,” he said. “It’s frustrating because we had a car much better than 15th.” 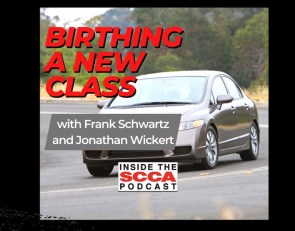