The two 100-mile Trans Am races slated for CTMP will now be rescheduled for the following weekend (September 10-12) at Watkins Glen International. The timetables will be adjusted to feature two combined-class rounds, making it a doubleheader and double-points scoring weekend for Trans Am drivers.

“We will miss the Tran Am series at our Chevrolet Silverado 250 weekend September 3-5,” said Myles Brandt President & General Manager, Canadian Tire Motorsport Park. “We totally understand this decision as the ongoing pandemic and quickly changing guidelines at our borders make planning very difficult. We look forward to seeing Trans Am in 2022 at CTMP.”

Trans Am has competed at Canadian Tire Motorsport Park 30 times from 1976 through 2014. Ron Fellows won the most recent race in 2014, 25 years after winning in a Jack Roush Ford Mustang in 1989. Scott Sharp won three consecutive races 1991-94, while Scott Pruett had the most victories at the circuit with four.

“We were looking forward to returning to Canadian Tire Motorsport Park this season, but we are excited to confirm the doubleheader at Watkins Glen since we missed that track on our 2020 schedule due to the pandemic,” said Trans Am Race Company President John Clagett. “Watkins Glen is a great track with a lot of history for Trans Am. With the huge fields we’ve seen this season, changing the weekend to a combined class race will deliver great battles on the track.”

The first part of the Watkins Glen weekend schedule will stay as planned, Saturday, September 11 will feature the first of two combined class rounds. SVRA will make adjustments to Saturday’s schedule to maximize turnaround time for Sunday’s race day.

On Sunday, September 12, an All-Class 100-mile feature will culminate the extended weekend. Drivers will be gridded for Sunday’s race based on their fastest lap time from Saturday.

The full race weekend will be live streamed exclusively on the Trans Am by Pirelli Racing App. Subscribe and Download here: https://nagrasports.app.link/lIQjdAuxq7 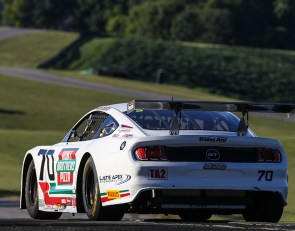