Mike Wheeler went through his phone Friday night, making notes from all the messages Denny Hamlin had sent him in the early days of 23XI Racing. At the suggestion of a colleague, Wheeler has been keeping a diary of sorts about building the team and getting it on track in the NASCAR Cup Series.

“The reality is, it’s a crazy story,” Wheeler said Saturday.

While the funding for the Hamlin and Michael Jordan owned team has been there since the beginning, Wheeler and company have had to do everything else from scratch. And it really has been everything from shopping for TVs and tool benches to getting the race team the appropriate clothing. There was even the process of shopping and buying a hauler.

The biggest obstacle, however, was getting into their race shop.

A permanent shop is being built in Huntersville, North Carolina, so until that’s complete, the team is housed in Mooresville in a building owned by the now-defunct Germain Racing. The first week of December was the target of 23XI moving in, but that was delayed because of a few issues.

“I had guys employed and ready to start working December 1st, and we were sitting around – I wouldn’t say twiddling our thumbs, but we couldn’t do any physical work yet,” said Wheeler. “We ended up having a few engineering meetings in my own personal garage, a two-car garage that has heat in it. I had a bunch of guys over getting computers ready and everything else.

“But it wasn’t until, like, December 14th that we got about 20 guys to show up at the shop and actually start painting walls and getting setup plates ready and everything else. It was definitely a delayed process. It didn’t put us behind, but we definitely had to dig hard in December to get ready.”

Having an alliance with Joe Gibbs Racing and TRD signed early took away some of the headaches: 23XI doesn’t have to worry about cars and engines, and their cars showed up on time. But a few rule changes late in the offseason that Gibbs had to adapt to slowed them down a bit for Daytona.

“The last week before Daytona was kind of hell week,” said Wheeler. “There were a lot of nights we left between 10 p.m. and 1 a.m. I give my car chief credit; he would stay late in the (OSS) just making sure he was doing a bunch of stuff.

“The (OSS) showed up the Wednesday before we left for Daytona. We didn’t have that until the last minute. It took about eight weeks to get it in house and get going. But honestly, we loaded up for Daytona on Monday and left basically on time. Fortunately, our performance is strong, and the rest of it is stuff we can work on.”

Wheeler estimated that over 90 percent of the guys on the race team worked elsewhere last season, and and all worked hard all year to have some downtime with family around Christmas. Wheeler felt bad they joined 23XI and had to go so hard in the offseason without stopping.

“Fortunately, you’re kind of at mid-season form when you work that hard,” Wheeler said. “But the biggest thing with getting ready for Daytona was a couple of last-minute changes and templates and rules in how they were going to tech things. To give JGR credit, they did their homework and got the cars right before they came down. Some teams you watch, they just didn’t fit the mold that NASCAR was now inspecting to, and that correction put (Gibbs) behind.

“We were supposed to get the cars, I think, on a Friday, and we ended up getting them on a Wednesday. But ultimately, that extra work back then saved our butt now. So while we were working a lot of late nights getting three cars ready for Daytona as a new group (and that) was not easy, it’s been smooth sailing down here.”

Wheeler and Darrell Wallace Jr. have acclimated well with each other in their first few sessions on track. Wallace was fourth fastest in single-car qualifying and then nearly won his Duel race. The No. 23 Toyota starts sixth in the Daytona 500 (Sunday, 2:30 p.m. ET, FOX), and Wheeler believes they have a chance to contend.

And once Speedweeks is over, the good news is that the organization won’t have to do any more thrashing to be ready to race. But Wheeler’s note-taking will likely continue.

“We’re in a much better spot; we’re kind of on a normal schedule,” Wheeler said. “Moving forward, the stuff for the Daytona road course is already in process. And, with the single-day shows, we’re not leaving Thursday for the track; we’re going to leave Friday night or Saturday morning. So you’ve got a lot more time during the week to prepare cars.

“We’re in much better shape than we were two weeks ago and pretty much normal processes going forward.” 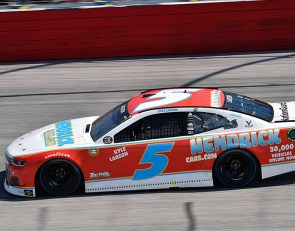 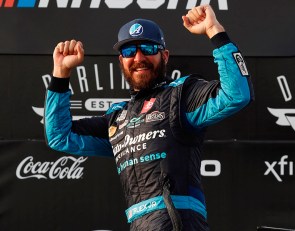