Bill Riley is no stranger to victory lane in the Rolex 24 At Daytona. Through the family businesses, Riley Technologies and Riley Motorsports, he’s performed plenty of stops to spray champagne with cars he and his father have designed, built, and run, which made Sunday’s win in the new LMP3 class a unique experience.

Making use of the Ligier JS P320 chassis for their longstanding clients at Robinson Racing, Riley and his team delivered again, albeit with a car that was purchased and shipped from France. Left to apply decades of assembly knowledge to the V8-powered prototype, the No. 74 entry driven by Gar Robinson, Scott Andrews, Oliver Askew, and Spencer Pigot had a seamless run to claim the class win by three laps.

Despite leading 529 of 757 laps, Riley says there was an odd wrinkle to his team’s latest triumph.

“’ll say it was really good to get the car, prep it, go do one long test with it, and all of a sudden, we’re running and winning Daytona with it!” he told RACER. “But it was probably my most aggravating Daytona win, because we went a few laps up on everybody and then we spent the next 20 hours trying to figure out how not to lose this race.

“Then on top of that, you’re trying to figure out, is there anything on this new car that’s going to cause trouble? LMP3s have never really taken this level of abuse, so is anything gonna break? So there were just a lot of unknowns, but the Ligier worked great and the teamwork was great, and the drivers stayed out of trouble, and we got ourselves a nice win from it.”

Riley was also impressed with the No. 74’s line-up which featured three of four drivers who were new to Riley Motorsports.

“John Donovan, who works for the Robinson family, he and I put the line-up together and he did most of the work, so it’s really good because John and I approved it,” he said. “But those three guys, along with Gar, that’s really just a strong group of guys. Scott Andrews, who I didn’t really know, was super strong. Oliver and Spencer, IndyCar guys who you hear about from doing this and that, they’re quite good. They were really strong. They all worked together. It was a bit tough at first, because some of them weren’t really used to sharing cars, but they got that concept and it was all smooth after that.”

Bob Riley was part of Ford’s breakthrough 24 Hours of Daytona win in 1966 with the Ford Mk II depicted in the recent film Ford vs Ferrari. Along with numerous class wins and 13 as a prototype constructor, Bill and Bob were behind overall wins in 1996 and 2005. With another team victory added to the mix from LMP3, the father and son duo stand alone among family achievement at the great 24-hour endurance race.

“And it never gets old here at Daytona,” Riley added. “I have such a great group of guys that have been with me for a while, and they just know how to prepare a car and how to get the job done. It’s always good to have a win, and it never feels normal when you do. It’s special for us, with it happening the first time out in a new class for everyone at this race.” 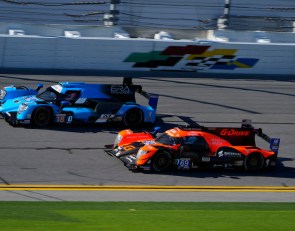 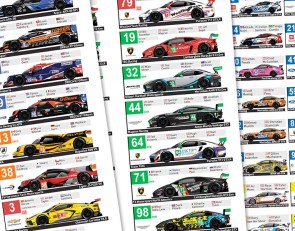 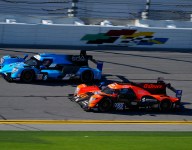