The good news is that Wright Motorsports’ Ryan Hardwick, who set pole in the GT Daytona class Saturday afternoon, has been evaluated and released from Daytona International Speedway’s infield care center. The bad news is his pole-winning No. 16 Porsche 911 GT3 R wasn’t as fortunate after experiencing a hard crash just three laps into the two-hour night session at the Roar Before The 24.

RACER understands the damage resulting from the crash will require replacing the chassis. Black Swan Racing, which withdrew from the event due to team owner/driver Tim Pappas contracting COVID-19, has a spare chassis at the facility, and is expected to make it available to the Wright team.

Turning the clock back to January of 2020, Black Swan found itself in the same situation when its youngest driver crashed and destroyed its Porsche 911 GT3 R. With a spare chassis in its possession, Wright Motorsports assisted Pappas in his time of need, and after an almighty thrash, Black Swan achieved one of the feel-good stories of the Rolex 24 by finishing fifth in GTD.

Wright’s squad of Porsche specialists will have a lot of work to do in a short amount of time in order to make the 10 a.m. ET warm-up session on Sunday ahead of the 2 p.m. qualifying race that closes the Roar.

“We would like to thank Tim for taking our call and helping us out,” said Wright. “We’re so grateful that the car was on site and we were able to get the deal done, get a hold of the car, and get to work quickly. We hope he’s doing well, and we wish him the best.” 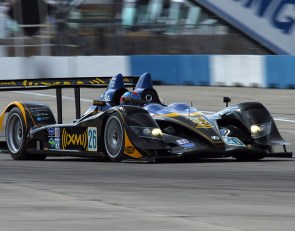