Dakar Stage 9, a 465km/289-mile loop around the coastal town of Neom, was heaven for photographers but proved to be hell for many of the surviving riders and drivers. The contrast between the bright blue sea and the jagged brown shoreline was striking from an aerial viewpoint, but competitors had no time to enjoy the scenery as rocks in the middle of the special and a jumble of tracks at its end demanded full attention.

Navigation played into the hands of bike racer ‘Nacho’ Cornejo (photo at top) who seems to excel when solid strategy trumps pure speed. On today’s Stage 9, the Chilean finished only third behind Honda riders Kevin Benavides and Ricky Brabec. But the podium finish consolidated his lead in the standings as second-placed Toby Price, a two-time Dakar winner, suffered a heavy crash. Trailing the leader by just 24 seconds, the Australian crashed just before the 100-mile mark. Both teammate Sam Sunderland and defending bike champ Brabec stopped and awaited the medical team. Price was soon airlifted to Tabuk where he was diagnosed with a fractured collar bone.

Sunderland is now the only official KTM rider left, third in the general standings and surrounded by four Honda riders, including fourth-placed Brabec.

“For sure this stage was a really complicated one,” Peterhansel explained at the finish. “From the beginning, we saw that the day would be long, so we decided to not go on full attack but more to manage the tires and be clean with the navigation. At the end, we overtook both Carlos and Nasser – actually we overtook him twice because he had a puncture.

“It was a real Dakar stage,” the X-Raid Mini JCW driver continued, “a little bit like in the past in Africa, where it was not only a question of speed but also a question of strategy, just to adapt the speed to the condition of the tracks.”

Though the duel continues between Manuel Andujar and Alexandre Giroud in the quad race, the Argentinean still leads and obtained 15 extra seconds today, on a special dominated by Chilean Giovanni Enrico. Another Chilean, Chaleco López, struck a major blow and returned to the top of the general standings by winning the stage in the lightweight vehicle category.

In the truck race, there was a minor shake-up with a stage win for Czech driver Martin Macík. His victory by 2m27s over Airat Mardeev did not affect the leader, however, as Dmitry Sotnikov continues to top the general standings as he has done since the rally left Jeddah. 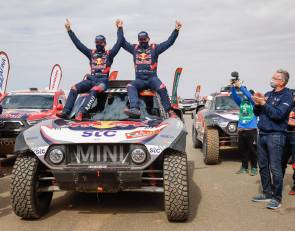 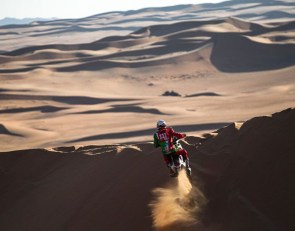 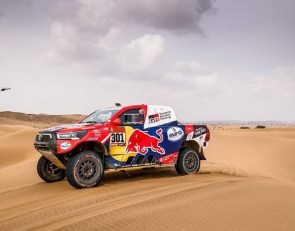