Andersen Promotions today announced that the Chris Griffis Memorial Open Test will return to the Indianapolis Motor Speedway in 2021. A fixture on the Road to Indy Presented by Cooper Tires calendar, the 10th annual event is scheduled for October 30-31 on the 2.439-mile, 14-turn IMS road course.

Named in memory of Chris Griffis, the former team manager of Schmidt Peterson Motorsports who passed away suddenly in September 2011, the cornerstone of the Chris Griffis Memorial Open Test is to provide new drivers with the opportunity to sample the Road to Indy while offering returning drivers the chance to hone their programs for the following year. More than ever the 2021 test will provide several drivers with the opportunity to experience the next rungs on the highly acclaimed driver development program as part of the 2020 and 2021 series prize packages.

“The ‘scouting combine’ experience, similar to other sports, will be an incredible opportunity for their great work and achievement from the 2021 season,” IndyCar President Jay Frye said. “From the engineer meetings to the test session on the track to the team debrief afterwards, it’ll run the gamut. A ‘let’s see where you are’ type of test with NTT IndyCar Series teams participating and observing.”

As announced in June of this year with the likelihood of a Chris Griffis Memorial Test not feasible in 2020, the reigning champions in the Indy Pro 2000 Championship Presented by Cooper Tires and the Cooper Tires USF2000 Championship – Sting Ray Robb and Christian Rasmussen, respectively – will be provided with next level tests at the conclusion of their 2021 campaigns. Robb will be awarded an NTT IndyCar Series test and Rasmussen an Indy Lights test to be held during the three-day event.

“As competitors continue to evaluate their plans for next season, we want to emphasize our commitment to assisting drivers in climbing our Road to Indy ladder to reach the NTT IndyCar Series,” said Dan Andersen, owner and CEO of Andersen Promotions. “We are extremely excited to work with IndyCar to offer our top-three Indy Lights drivers an opportunity to test an Indy car, and to offer our reigning champions and 2021 champions in the junior series a chance to take the next step in their careers.

“The Chris Griffis test has always been one of my favorites. While it is exciting to see the new talent coming into our paddock, it is also especially rewarding to watch our current drivers move up and to hear their comments after first outings in the next level car.

“I also want to thank the Speedway for working with us to accommodate this event in a very busy month of October for them.” 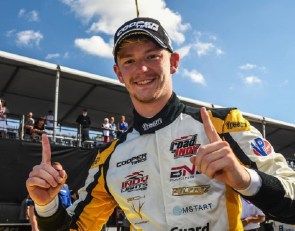 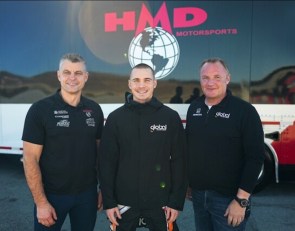 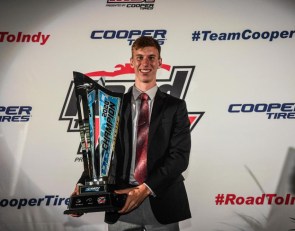