Auto Club Speedway has been removed from next year’s NASCAR schedule and another race weekend pushed back one week due to the ongoing COVID-19 pandemic.

NASCAR was scheduled to race in Fontana on February 28, but teams now will remain in Daytona Beach for a second race weekend. Officials announced Tuesday that following the season-opening Daytona 500 on Feb. 14, all three national series will compete on the Daytona road course on Feb. 19-21.

Homestead, which was to be the second race weekend of the year, has been pushed to the third race of the season, and when NASCAR does arrive in Miami for racing on Feb. 27-28, it will be with just Xfinity and Cup Series teams.

“Daytona International Speedway is known for iconic moments, and last year’s historical, first NASCAR races on the road course were incredibly exciting and added to the legacy of the World Center of Racing,” said Daytona track president Chip Wile. “It was also great to see our trio of winners go on and hoist championship trophies at Phoenix. We’re thrilled to have all three series back.”

“First and foremost, the health, safety and well-being of our fans, competitors, stakeholders, and track personnel remains our top priority,” said Auto Club track president Dave Allen. “The decision to realign our 2021 race weekend was an extremely difficult one. We will miss seeing the greatest fans in motorsports at the track and hearing the roar of NASCAR engines in Southern California next season.

“However, our colleagues across the industry will have our full support during the Daytona road course events and throughout the entire 2021 season, and we look forward to welcoming NASCAR competition back at Auto Club Speedway in 2022.”

Due to its 2021 race’s realignment, the proposed redevelopment of Auto Club Speedway into a short track has been pushed back one year. The hope is to have one final race on the two-mile oval in 2022. 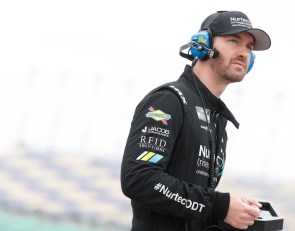