Bayley Currey sits down to explain his path to NASCAR and how hard he’s working to stay in the sport. Currey, 24, has run part-time in both the Truck and Xfinity Series this year, and when he’s not racing, he’s working in the race shops. Other topics of conversation include:

–       How that helps Currey understand his race cars

–       Why he’s getting a mechanical engineering degree

–       Avoiding shady situations while searching for rides and opportunities

–       Starting his racing career in Texas, the success he’s had on the path to NASCAR

–       Being hands-on and networking in the garage

–       Having his first die-cast made this season 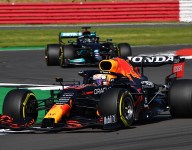