Road to Indy distributes over $1M in end of season awards

Road to Indy distributes over $1M in end of season awards

The Road to Indy Presented by Cooper Tires officially crowned its 2020 series champions and additional winners on Sunday in an abbreviated awards ceremony held trackside at the Mahaffey Theater in St Petersburg.

The event capped off an exciting end of the season for the Indy Pro 2000 Championship Presented by Cooper Tires and the Cooper Tires USF2000 Championship, which saw thrilling double-headers on the streets of St. Petersburg as final finishing positions were cemented. The weekend including emotional first race wins for Hunter McElrea (Pabst Racing) in Indy Pro 2000 and Kiko Porto (DEForce Racing) and Christian Brooks (Exclusive Autosport) in USF2000.

The Road to Indy provides a unique, scholarship-funded path to the NTT IndyCar Series and next season, with the return of Indy Lights Presented by Cooper tires after a one-year hiatus, will see scholarships packages increase across the board to ensure future champions like Robb and Rasmussen continue their progression up the ladder. In total, over $3,138,500 in prize money and awards will be on offer across the three series in 2021.

“2020 presented extraordinary challenges to the entire Road to Indy, and it was impressive to see how each race track, each team and each driver stepped up to help us put together a complete season,” said Dan Andersen, Owner and CEO of Andersen Promotions.

“The racing schedule might have been compressed, but the races were exciting and two worthy champions have emerged. Christian Rasmussen and Sting Ray Robb have the opportunity to join drivers like Colton Herta and Pato O’Ward as they continue to move up the Road to Indy ladder toward the NTT IndyCar Series, and we celebrate their achievements tonight. This evening highlighted so many fantastic seasons by the talented young drivers who make up our fields, and we are very proud to be a part of their ongoing careers in motorsports. And of course, we couldn’t do this without our partners, Cooper Tire, and our entire Andersen Promotions staff. Congratulations to all of tonight’s winners and to the entire Road to Indy. We look forward to 2021.”

Robb’s impressive season included seven wins, 11 podiums, five poles – including a new qualifying and race track record at St. Petersburg set on Saturday – five fastest race laps and bragging rights for the most races led and most laps led. A mark of consistency, the Payette, Idaho native also was the only driver to complete all 485 laps contested.

In securing the Indy Pro 2000 title, Robb earns a scholarship package valued at $609,245 for a guaranteed year in the rejuvenated Indy Lights in 2021 as well as an NTT IndyCar Series test at the conclusion of next season.

DeFrancesco secured second in the Indy Pro 2000 points table as well as Cooper Tires Rookie of the Year honors. On the heels of a pair of podium finishes this weekend, Frost knocked out the competition to finish third.

The USF2000 scholarship package for Rasmussen is valued at $328,225 and includes guaranteed entry into a full calendar in Indy Pro 2000 in 2021 as well as an Indy Lights test at the end of the season.

Also notching a pair of podium finishes in the series finale was Barrichello, who edged Gold for second in the USF2000 championship by 12 points. The Hyperco Rookie of the Year title went to Brooks who, in addition to his first race win, also claimed his first Cooper Tires Pole Award yesterday setting a new track record.

Two awards special to the Road to Indy are the Spirit Awards, which honor a driver or team who embodies the “heart of a champion” as they aspire to reach their goals. In Indy Pro 2000, the award went to McElrea and in USF2000 to Barrichello. 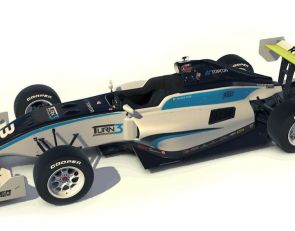 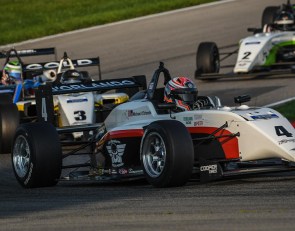