Joe Heitzler, who presided over Championship Auto Racing Teams in its most turbulent year, has died at the age of 75.

Replacing Bobby Rahal in 2001, Heitzler was beseiged with one catastrophe after another and was fired less than a year in office. “Not all of our troubles can be blamed on Joe,” said car owner Derrick Walker back in December of 2001.

During his tenure, CART had races in Brazil and Texas canceled and also lost Michigan and Nazareth to the rival Indy Racing League. And the Indy Lights series was disbanded after 16 years. But his largest loss was when CART founder Roger Penske told Heitzler he was heading for the IRL in 2002, and Honda was right behind him.

Heitzler also hosted a press conference in Houston to announce CART was adopting the IRL’s engine formula but none of its three manufacturers – Honda, Toyota or Ford – had committed to it.

His biggest decision came after 9/11, when CART was in Germany. All the major sports in the United States postponed their games, but CART opted to race at the oval outside Dresden and then the next week in England. 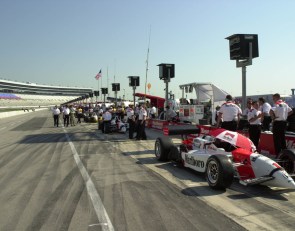