The breakout star of the 2020 IndyCar season has been signed to a contract extension that will keep Mexico’s Patricio O’Ward in the No. 5 Chevrolet through 2021.

Holding fifth in the NTT IndyCar Series drivers’ championship with one race left to run, the 21-year-old has rising as high as third in the standings, and has an opportunity to recapture third for the Arrow McLaren SP team if all goes exceedingly well at St. Petersburg on October 25.

The 2018 Indy Lights champion, in his first full season of IndyCar competition, has led the reconfigured AMSP team to challenge the series’ Big 3 — Andretti Autosport, Chip Ganassi Racing, and Team Penske — from the early stages of the season, which few would have predicted.

“The entire team and I are thrilled to have Pato back in the car next year,” said AMSP co-owner Sam Schmidt. “He has shown incredible form this year and has kept himself in the championship hunt all season long. I think he has the potential to compete at the highest level in the NTT IndyCar Series for a long time.”

Although the AMSP outfit will part ways with O’Ward’s teammate Oliver Askew after the final race, and the identity of his next teammate is unknown, the new contract for O’Ward is a clear sign of where the team has placed its expectations for future success.

“I am beyond excited to be racing with Arrow McLaren SP next season to build on what we have accomplished so far this year. Such a great group of people who truly have welcomed me like a second family,” O’Ward said. “Given how much change I have seen in my career to this point, it is invaluable to get the opportunity to put down roots and build on a foundation year over year.” 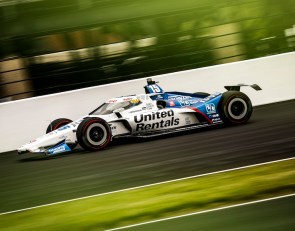