Lance Stroll has been feeling unwell since Russia, but Racing Point insists he does not have COVID-19 although the Canadian has not been tested since Tuesday, before arriving at the Eifel Grand Prix.

Although he was at the track Friday (photo above) when fog forced the cancellation of both scheduled practices, Stroll was absent from Saturday morning’s FP3. Racing Point stated he was feeling unwell, leading to a bizarre situation where the car did not run at all in the only practice session while Nico Hulkenberg raced to the track to be tested in time to take part in qualifying.

Stroll’s symptoms were not confirmed until Saturday evening, but team principal Otmar Szafnauer admitted he had been struggling since leaving Sochi.

“He hasn’t been feeling great since Russia,” Szafnauer said. “I think he had a bit of a cold. At first we thought, ‘Well you better get tested for the virus’ (but) we’ve tested him multiple times – including the pre-event test for this race – and he’s come back negative three or four times.

“And he doesn’t have the classic COVID-19 symptoms; he just doesn’t feel well. Last night he had an upset stomach, so I don’t know if it’s something he ate or if it’s a tummy bug or what, but he said ‘I’m just not feeling up to it’.

“I talked to him and we said, ‘Look, we’re going to have a double header coming up soon’ and he said ‘I’d rather rest and get ready for that’. So it was close call; we were hoping he would get better and better.”

Pressed on what has been wrong since Russia, Szafnauer expanded: “Kind of flu-like symptoms. Just not well and couldn’t exercise. Maybe something he ate, or a tummy bug; he said he couldn’t do it.”

Despite fatigue being one of the most common symptoms of COVID-19, and diarrhea being a less-common symptom but still linked to the virus, Szafnauer says Stroll has not been tested since arriving at the Eifel Grand Prix.

“The pre-event test was Tuesday. We got the results on Wednesday and he hasn’t been tested since. We are following the FIA protocol, but I think his next will be Sunday or Monday. I think it’s five days and you get another test. It’s the same for all of us.

“He’s there (in the hotel). We’ve got a doctor looking after him and when he’s fit to leave he will go home.” 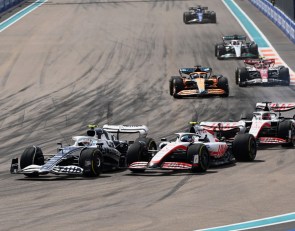