Team Techeetah is the latest entry in the all-electric Extreme E series which is set to kick-off in 2021.

The first team representing Asia, Team Techeetah Extreme E will be owned by the Indover Group and managed by SECA, a leading Chinese sports management and marketing company which owns DS Techeetah.

Indover Group is an Indonesian-owned investment and private equity company focused on green and emerging technologies.

The team will be based in Jakarta, Indonesia, and is committed to developing Asian drivers, its stated ambition “to make the people of Asia proud.”

Techeetah has competed in Formula E since 2016 where it has achieved great success, first winning the Drivers Championship in 2018, and then, in partnership with DS Automobiles, claiming both the Driver and Team titles the past two seasons.

“Techeetah has achieved unrivalled success in recent seasons in Formula E, so it is fantastic to be able to welcome them into our Extreme E family,” said Alejandro Agag, Extreme E founder and CEO.

“Extreme E offers an entirely unique proposition in motor racing, with cutting-edge E-SUVs racing head-to-head across five of the most remote locations on the planet with a brand-new engineering challenge for teams and drivers to overcome.”

Edmund Chu, Team Techeetah president, explained: “We are motivated by the challenge that Extreme E poses and are excited by the car, the race locations, and the race format.

“At Techeetah, we are passionate about getting the most out of emerging technologies to boost racing performance and look forward to bringing this energy to Extreme E. We love the focus on green issues and the opportunity to engage a young audience in a series that mixes racing, care for the environment and travel and adventure.”

Extreme E entrants will race head to head, each taking control of one of the series’ purpose-built Odyssey 21 E-SUVs. All teams have the opportunity to customize areas of bodywork, such as the engine cover, front and rear bumpers, side skirt and lights in a bid to replicate the look of everyday car models.

Group testing gets underway in December 2020 before teams board Extreme E’s floating paddock – the RMS St. Helena – ahead of the opening race in early 2021.

For more on Extreme E, log on to www.Extreme-E.com. 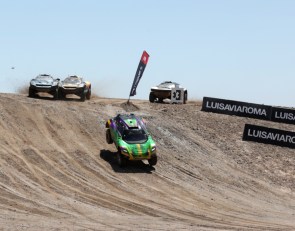 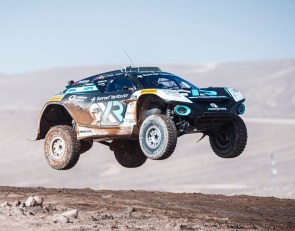