The Day At Indy, Aug 21, with Alexander Rossi

The Day At Indy, Aug 21, with Alexander Rossi

It’s the ninth installment of the Day At Indy podcast, and we have Andretti Autosport’s 2016 Indy 500 winner Alexander Rossi, who offers some deep insights on what kind of ambient effects will influence race day more than others and the rise in competitiveness by his team at the Speedway. He also reveals the findings of his investigation into which driver(s) are guilty in the golf cart prank pulled earlier in the week. 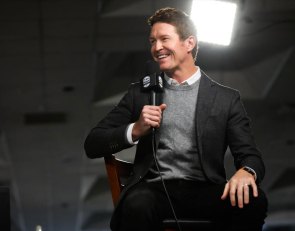 Harrison Burton may have fallen out of playoffs contention weeks ago, but the 20-year old is driving every bit like a champion right now, (…)

F1 to carry on despite new round of UK lockdowns

Pierre Gasly said he was surprised to not be considered for a Red Bull promotion, but responded by matching the best qualifying performance (…)

For most of the drivers participating in this weekend’s Hyundai Monterey Sports Car Championship event, plunging down Laguna Seca’s (…)

Action Express Racing is getting closer to confirming its WeatherTech SportsCar Championship plans for 2021. The full-time twosome of Felipe (…)

Denied a chance at victory in the closing minutes of the recent Motul Petit Le Mans, Pipo Derani bounced back by leading the opening (…)

The Week In Sports Cars, Oct 31