The Day at Indy, August 16, with Marco Andretti

The Day at Indy, August 16, with Marco Andretti

It’s the fifth installment of the Day At Indy podcast, and we have Marco Andretti, the polesitter for the 104th Indianapolis 500, who shares insights about the mojo within the No. 98 Andretti Herta Autosport Honda team, changes to his mental approach that are paying off at the Speedway, his father Michael’s reaction to winning pole, support from rival drivers, and how he’s carried the late John Andretti’s spirit with him throughout the event. 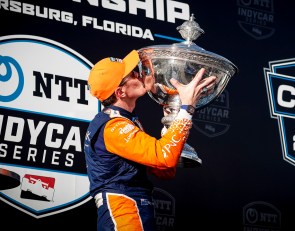 Raikkonen’s first lap: ‘What are the others doing?’