The Week In IndyCar, August 6, with Sebastien Bourdais

The Week In IndyCar, August 6, with Sebastien Bourdais

Four-time Champ Car champion Sebastien Bourdais stops in for The Week In IndyCar to answer listener questions on: His chances of landing a seat in the Indy 500; whether he expects to race for A.J. Foyt Racing later in the year; the experience of observing the season while competing in IMSA; how the dust-up with Takuma Sato at Toronto came to be; if he holds a grudge against former competitor Robert Doornbos; whether NASCAR holds any interest, and how his weekend in the No. 5 Mustang Sampling Cadillac DPi-V.R at Road America was salvaged with a fourth-place finish. 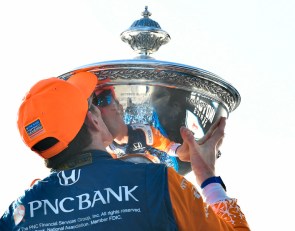 INSIGHT: Dixon's path to title No.6

INSIGHT: Dixon's path to title No.6

Each of Scott Dixon’s six NTT IndyCar Series championships have bent to unique arcs. With his latest, earned Sunday in a thriller on the (…)

There would not have been a different champion if the NTT IndyCar Series had awarded double points in Sunday’s season finale at St. (…)

NASCAR will try again on Tuesday to continue its Cup Series race from Texas Motor Speedway. The resumption time is scheduled to be 11:00 (…)

The NASCAR Autotrader EchoPark Automotive 500 Cup Series race at Texas Motor Speedway, which was to have resumed at 10:00 a.m. ET today after (…)

An intense season that ended just 92 days after it started with a high-pressure, action-packed final weekend of Global Mazda MX-5 Cup (…)

Fugle to serve as crew chief for Byron in 2021

Hendrick Motorsports has snagged another championship-winning crew chief in Rudy Fugle to work with William Byron next season. Hendrick (…)