Timmy Hill has been racing non-stop across all three NASCAR national series this season. In this week’s edition of The Racing Writer’s Podcast, the 27-year-old delves into his role with MBM Motorsports, owning a Truck Series team, and what constitutes a good weekend for a small organization. Plus: 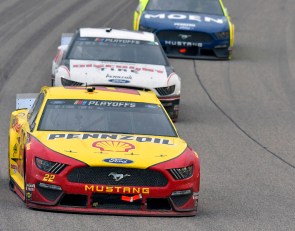 Off Road 13hr ago

Logano, Wolfe finding their early season form in the playoffs