We should already be three races into the Formula 1 campaign. The shape of the season would now be fully formed, the big questions from winter testing answered, and Lewis Hamilton either already on his way to a seventh world championship or Mercedes under pressure to see off the challenge of Red Bull, or even Ferrari. Instead, F1, like so many of us, is held prisoner by the COVID-19 pandemic while awaiting a return to normality.

‘Normality’, of course, is a relative term. F1 boss Ross Brawn has set his sights on a season starting in July with as many as 19 races somehow squeezed in on a three weekends on, three weekends off basis with the possibility of racing into January 2021.

It’s an intensive schedule, one that must be structured with consideration for the team personnel who will be doing the heavy lifting while dashing between races. There are important financial considerations at stake, but there is a balance to be struck here.

But, setting aside those concerns, it will also create a uniquely intense challenge for the drivers and teams. This could set the stage for a very different kind of season; one that stretches everyone’s abilities in ways they have never experienced before.

Suppose the calendar does comprise runs of triple-header events with two-day race weekends. That will mean reduced practice and therefore far less time to number crunch, digest the data and make the car better. For those used to the established rhythm of a weekend, this will be uncomfortable.

While we have occasionally seen qualifying staged on Sunday mornings at races where bad weather has washed out Saturday, presumably F1 will still want to stage qualifying in the normal TV slot the day before the race to keep the promoters and broadcasters happy. That would mean not only less running before qualifying starts than the current five hours, but also less time from the start of practice to the start of the golden hour on Saturday.

It cannot be overstated how big a change this will be. Teams are set up for a process that works towards hitting the track in qualifying in the best possible condition using a combination of on-track running and at-track data analysis harnessed to intensive simulator work back at the factory. While cars leave the pits for the first time already relatively well set-up, vast amounts of effort go into the fine-tuning, adapting for track conditions, allowing for tire performance and weather variations. F1 outfits are designed to leave nothing to chance. Data, correctly gathered and interpreted, equals understanding.

F1 teams work to a highly-refined rhythm during race weekends, but the likelihood of compressed schedules when racing resumes is going to force them to adapt. Image by Bloxham/Motorsport Images

This should translate into greater unpredictability. There have been a number of examples in recent years of weekends where weather conditions denied teams the opportunity they would normally have to prepare – for example, the 2015 United States Grand Prix at COTA. This usually contributes to a more unpredictable race, with tire degradation and wear a bigger question mark, set-ups less refined, strategy more difficult to call. Knowledge is power, ergo a reduction in that makes teams more powerless.

F1 teams want to control as much as they can, and a condensed format will give them less capacity to exert that control. Mistakes, therefore, should increase and the outcome will surely be more unpredictable races. That’s why, for a two-day weekend, F1 should resist any temptation to lift parc ferme rules and allow changes to the setup before the race. We want the on-track challenge to be harder and draw more errors.

But there are other impacts. Teams are very well adapted to the flow of the weekend. Systems, timetables and ways of working are well-proven, as even in races that run at unusual hours, the shape of the day is the same. It’s just that things are shifted around, which sometimes leads to lunch being served at baffling times!

A change in the timetable is likely not only to create greater intensity, but it also can’t fail to throw people off their stride. The homogenization is designed to ensure everyone knows exactly what they are doing, exactly when and with a familiar flow. That creates the conditions to hit your marks, with repetition, replication, predictability creating a well-oiled machine.

Not only will the changes create an unfamiliar rhythm to the weekend, but even before teams get to the first race – whenever that may be – they will have to adapt their usual schedule and come up with a new plan. That will have to cover the work that needs to be done at the circuit and at base, and inevitably will mean that certain processes must be condensed or perhaps even dispensed with all together.

Granted, that 28-hour window includes time when personnel at the venue won’t be working – although those at the factory can during this time – but even so, it’s a dramatic change. And when it comes to the workflow of analysis and preparation between races, that too will be condensed with the barrage of triple-headers.

A series of triple-headers would offer fewer opportunities to rebound from setbacks – but also less time to dwell upon them. Image by Mauger/Motorsport Images

Then there’s the problem faced by the drivers. They are finely-tuned, optimized to work their way through a race weekend progressively, logically and with everything in balance, absorbing their ‘duty cycle’ without over-exerting themselves. They, too, must adapt.

If you’re a driver who benefits from ‘sleeping on it’ after practice and hitting the track the next day ready to bring it all together, without Friday you will lose that opportunity. These are human beings, not machines, and their delicate balance will be thrown out of whack. Even ostensibly simple things such as when they eat and how the prepare for sessions will be impacted.

Then there’s the wider picture of how the rapid-fire calendar affects their performance. Triple-headers will need to be pieced together with what might be termed ‘geographic sympathy’ if they are to be workable but it’s inevitable there will be lurching between time zones. Drivers are, to a point, used to this but this will be a more extreme manifestation of the challenge.

It’s difficult enough for drivers to be at their absolute peak week-in, week-out with the travel demands. With a more intense schedule, it will be nigh-on impossible so surely we will see more off weekends, potentially more mistakes and misjudgements.

It will also exert a huge mental toll on all involved, the drivers in particular. Elite sport is a mental game, and the most robust competitor can be knocked off their stride even when competing in ideal circumstances. This quickfire championship will be far from ideal, for even the most robust.

Often, we talk about drivers – and even teams, for that matter – slipping into a downward spiral. With little time to recover when things go wrong, there’s potential for such spirals to be extended. Let’s say you drop the ball badly in the first race of a run of three, with 75 points on offer over just 15 days, any extension of that could break a championship challenge.

For a driver like Hamilton, who has formulated the perfect balance between necessary intensity and the downtime he needs to be in the zone, it can’t fail to knock him out of step. Even a six-time world champion will be put under a sustained pressure he’s not used to, and who knows how he will react? It might be that he thrives, or it could set him back. And how about Sebastian Vettel? Would this intensify the blunders he has made so many of over the past couple of years, or could it give him less time to wallow and actually make him less likely to repeat them?

We simply do not know, but it will be fascinating to find out. At a point where the world has more important things to worry about than what might happen when a sporting competition possibly starts somewhere down the line with conditions that we can only guess, you might say it doesn’t matter. But what it offers is a tantalizing set of conditions that will hopefully make the 2020 world championship unlike other before or since.

And if it can make more an unpredictable year, full of incidents and mishaps, with drivers and teams more often knocked off their stride and having to think on their feet as they are barraged by the unexpected, then that would be one small positive for F1 fans to draw from a horrendous situation. Provided it does so without pushing team personnel over the edge in terms of workload, how could that not be a good thing?

There will also be lessons for F1 to learn in terms of the impact varying formats has on the show. Anything that asks more varied questions of teams, that reduces the number of controllables, can only be good for racing. So perhaps the unique challenge of the season to come, as well as being stressful and hugely demanding for all involved, could teach grand prix racing a few valuable lessons.

At a time when the serious questions about F1’s very existence are being asked, this is a wonderful thought that’s at the heart of what makes the grand prix season worth waiting for. 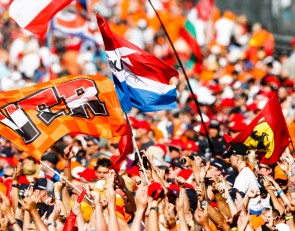 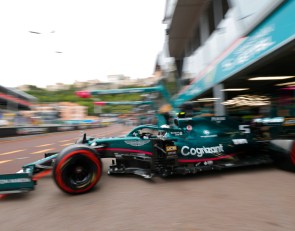