Earnhardt Jr. led at the white flag, but Hamlin’s No. 11 FedEx Toyota — which had fresher tires — got to the outside of Earnhardt’s No. 8 FilterTime Chevrolet off Turn 2. The two former Daytona 500 champions were set for a drag race off the final corner with Hamlin on the outside and Earnhardt Jr. on the inside, but Earnhardt appeared to swing to the left to avoid contact with Hamlin.

Down to the wire!

Try not to blow the CPU during your celebration, @dennyhamlin! pic.twitter.com/YdiVCBuHgs

A caution with 23 laps to go set up the run to the finish. Contact between Ryan Preece and Clint Bowyer brought out the yellow flag while Garrett Smithley was leading Timmy Hill and Parker Kligerman.

The top 13 cars stayed out. Hamlin was the first driver off pit road with tires, but would restart 14th as the green came out with 18 laps to go.

Hill finished third. He also spent time at the front of the field, but lost the lead to Earnhardt Jr. with five laps to go.

Xfinity Series driver Chase Briscoe finished fourth, and Smithley, who started from the pole, rounded out the top five.

The 100-lap race featured 35 drivers between all three NASCAR national series. Cup Series drivers were automatically locked into the field, with six drivers transferring in from a qualifying race.

Drivers involved in accidents who did not place inside the top 10 included William Byron, Kyle Busch, and Chase Elliott. Early in the race, Byron spent time leading the field but tangled with Ross Chastain and suffered damage.

Seven-time Cup Series champion Jimmie Johnson was a late addition to the race and didn’t get out of the gate because of technical issues. Johnson started a few laps down and was involved in multiple accidents.

During the race, the hashtag #ProInvitationalSeries was the No. 1 trending topic on Twitter in the United States.

The IT department finds no issues in post-race inspection at virtual @HomesteadMiami.@dennyhamlin is your iWinner! pic.twitter.com/84fFgNTgPE 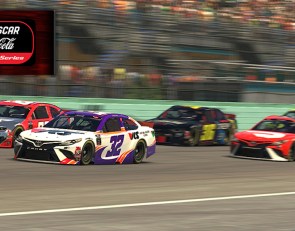 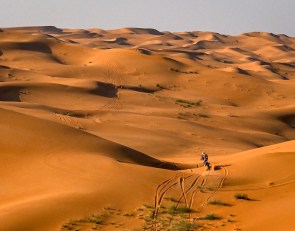