IMSA’s SuperSaturday iRacing event will be the first of many eSports events on the series’ upcoming calendar.

Assembled in a matter of days after the Mobil 1 Twelve Hours of Sebring was postponed until November, the ongoing relationship between the series and the popular online racing simulation company was central to the swift creation of a 50-driver contest using cars from the WeatherTech SportsCar Championship’s GT Le Mans class. More will follow.

“Over the years, IMSA has had rights agreements with a number of different gaming platforms, and obviously, iRacing on the simulator platform side,” IMSA president John Doonan told RACER. “So getting everything up to speed, and the ability to actually go racing on Saturday has been part of a massive effort by everyone in IMSA’s marketing communications team as well as the iRacing staff. And so to Kevin Bobbitt and the whole iRacing team, there’s a huge kudos to be able to turn all this around. And we have more than just Sebring in mind.”

“The other thing that I’m so proud of is the reaction from the drivers,” he said. “We capped out at 50 drivers as of last night, and they’re really getting into creating their liveries. A guy like Harry Tincknell reached out and said, ‘Man, I’m driving a number 55 Ford GT. I want to tie my Mazda DPi number and the GT car I drove together. And Turner Motorsport’s Robby Foley’s getting excited about his car, and so many other drivers are as well.

“Andy Blackmore posted something on social media about needing a template to do a design for a car and I know he’s been burning the midnight oil to help the drivers get their liveries right for Saturday. The spirit and the enthusiasm around the whole thing shows that we’ve got a passionate group of racers that want to put on a good show for the audience.”

Like a regular round of the WeatherTech Championship, IMSA will have the Torque Show duo of Justin Bell and Tommy Kendall serving up the fun.

Although IMSA, like NASCAR,  IndyCar, Formula 1, and many other racing series have been inspired to offer their fans a virtual racing option amid the cancellations and postponements of live events, Doonan and his management team have been at work since January on a bigger eSports plan for the series. Reluctant to go into details, he says planning for the initiative will continue during the coronavirus shutdown.

“I’m only sad that potentially this immediate uplift in interest in the eSports side of racing has been caused by such a horrible global crisis,” he said. “But I also know that in my first week at IMSA, I sat with the marketing team and wanted to learn where we were with eSports, and have since made trips to discuss this topic with some advisors from our paddock that are deeply involved in this industry to make sure that as we look to identify the next generation of audience for IMSA and potential participants for IMSA, and that we do it right.

“So this SuperSaturday event happens to be the beginning of a more formal strategy that began at the beginning of the year, and we’re excited to kick it off in these downtime days. Look for eSports to be a consistent part of IMSAs overall strategy going forward.” 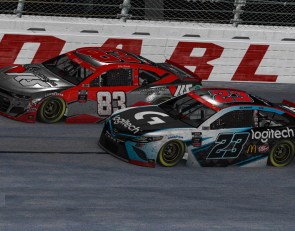