Ahead of the start to its 54th season of competition, the Trans Am Series presented Pirelli is experiencing a youth movement as a number of young talents have arrived to bring a new challenge to the series veterans.

Ernie Francis, a 22-year-old South Floridian, leads the Trans Am youth movement — a mantle he has carried since joining the Trans Am at age 15. While still a youngster, Francis has built the resume of a grizzled veteran, entering the 2020 season riding a streak of six consecutive Trans Am championships.

“I don’t see myself as a ‘young gun’ anymore,” Francis added. “I’ve been in Trans Am for so long that I feel like it’s that place that I race in, I’m just another one of the guys racing out there. It’s nice to hear that I’m still considered a young gun – that means I still have a few years ahead of me!”

Francis wrapped up his sixth series’ championship at Daytona International Speedway in the 2019 season finale. He won four races, giving him 19 overall triumphs among 43 career victories and is at the vanguard of a number of young and up-and-coming drivers racing in the championship.

Lawless Alan, a 20-year-old driver from Los Angeles, was the TA2 Powered by Infinity Rookie of the Year in 2019. Alan finished fifth in the TA2 championship, taking his best finish (fourth) at three iconic circuits– Indianapolis, Daytona, Circuit of The Americas.

”It’s been really fun running in Trans Am,” Alan said. “The competition is really stiff, and it’s one of the more competitive series that I’ve raced in so far. I think it’s made me a better driver. In order to do well, I’ve got to beat a lot of former IMSA drivers – people who’ve been around the sport a lot longer than me, so it really speeds up my learning process. Also, I think of all the great drivers who have done Trans Am in its long history, and it’s really cool. It’s also a great stepping-stone to the highest levels of NASCAR, because these cars are as close to stock cars on a road course as you can get.”

While Alan’s main focus in 2020 is the ARCA Menards Series West, the California native will compete in select TA2 races with his season debut at WeatherTech Raceway Laguna Seca in May.

Sixteen-year-old Sam Mayer took time from his full time NASCAR K&N Pro Series East exploits to drive the No. 96 SLR/Fields Racing/M1 Racecars Chevrolet Camaro at Road Atlanta and Daytona last season. He captured the TA2 pole for the finale and staged a strong run at the front of the field late in the race before Thomas Merrill emerged with the victory.

A four-time winner last year for GMS Racing in NASCAR competition, Mayer became the youngest champion in the K&N Series in 2019. Earlier this month, Mayer walked away with another victory in the ARCA Menards Series East opener at New Smyrna Speedway. As a second-generation driver,

His father Scott Mayer raced in IndyCar, Indy Pro and the Rolex Series, and the second generation racer Mayer utilizes the Trans Am series to develop his road racing skills in the high horsepower machines as part of his preparation for a career in NASCAR.

“This series is so competitive that it’s crazy,” Mayer said. “I raced Road Atlanta early last year, and then we had a heck of a race before encountering fuel pump problems, so hopefully we can get redemption there this year. It was awesome winning the pole at Daytona. I fell back to 12th, but it was awesome to be able to come back and run with the big boys.”

While not among the youngest drivers in Trans Am, Jacob Mosler is at the beginning of his driving career, and is slated to continue his Trans Am journey at select races this season under the eye of NASCAR veteran Scott Lagasse Jr.

“I only got my racing license four years ago, and started out running a bunch of club stuff using my dad’s cars,” said the driver from St. Augustine, Fla., son of veteran car builder Scott Mosler. “I was hanging out with Scott [Lagasse Jr.] and asked about running one of these, and he said, ‘Let’s do it!’ So I jumped in with both feet. I’d never run against competition like this, so it’s definitely been challenging. But it’s been fun.”

Mosler went on to earn runner-up honors in the TA2 Rookie of the Year battle in 2019. His best finish was fourth at VIR, and he also placed sixth at Road America and seventh at Indianapolis Motor Speedway.

“Relative to my level of experience, I feel like I’ve had a pretty solid year,” Mosler said. “Everybody who’s in front of me has been doing this since they were five years old. I was around race cars with my father my whole life, on the build side, but never behind the wheel until four years ago.”

John Paul Southern Jr. celebrated his 18th birthday at Daytona International Raceway last year by qualifying the No. 83 Stevens Miller Racing Dodge Challenger. It was the first time he raced with a roof over his head. With a strong top-10 showing in his TA2 debut, Southern Jr. is making the jump from single-seaters to sports cars this season, campaigning for the Southern Cup Championship title.

“This is the first time ever in a closed-cockpit car, coming from open-wheel and go-karts,” said Southern, a four-time winner in SCCA Formula Atlantic competition and competitor in F3 Americas Championship. “It’s definitely a challenge for us, but I was ready to get going. The cars are definitely awesome, and up there on the horsepower scale. It’s a whole new beast that I’m facing, and I’m enjoying every second of it. It’s a very good program, and it was awesome to come in with them for the last race of the 2019 season.”

Adrian Wlostowski drove the No. 96 F.A.S.T. Auto Ford Mustang in SGT in five of the 11 SGT races in 2019. The 29-year-old New York City resident’s best finish were thirds at Lime Rock and Circuit of The Americas. He went on to finish 10th in the final standings.

“Racing in Trans Am is great,” Wlostowski said. “Last year we were new to Trans Am, so we built a new car. We had a few issues with the car throughout the year, and we seemed to finally figure it out for the season finale at Daytona. I think that our third-place finish at Lime Rock was a miracle – we were surprised that the car lasted.”

Wlostowski is slated for a full campaign with his Mustang in SGT for 2020, although he’s also considering running select TA2 races.

Jett Noland will strap into the seat of the No. 99 Cope Race Cars house car as he gets his feet wet in the Trans Am Series TA2 division. At age 15, the Florida native will be the youngest driver on the starting grid at Sebring. Noland is switching lanes after coming off a week-long oval track racing event at the notorious New Smyrna Speedway- Speed Weeks 2020.

“I am very excited for the opportunity to get behind the wheel of one of Mike Cope’s TA2 race cars,” said Noland. “Everyone in the paddock knows the Cope name is synonymous with speed. I can’t wait to get down to Sebring.”

The Trans Am Series presented by Pirelli is proud of its long heritage dating back to 1966. Now, with the number of young drivers competing in Trans Am, a bright future is ensured for America’s Road Racing Series.

The 2020 season kicks off February 29-March 1 at Sebring International Raceway.

Each of the five Trans Am classes will have testing sessions on Friday to open on-track activities. Saturday begins with practice at 11:00 a.m. ET, followed by qualifying for each of the classes beginning at 4:55 p.m. Sunday features two 60-minute races with the mixed class of TA/XGT/SGT/GT taking the green at 11:10 a.m. followed by a massive TA2 powered by AEM field lining up at 1:25 p.m. ET.

An autograph session will be held at noon on Saturday. Location updates will be released on the series social media channels (@gotransam). Fan will get another chance to meet their favorite drivers during the fan walks that will happen on Sunday prior to each race. 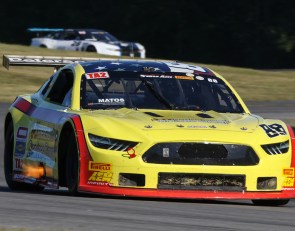 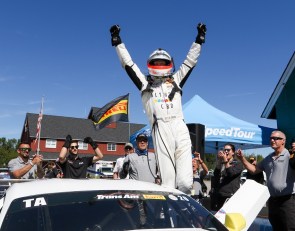