If two-time Formula 1 world champion Fernando Alonso is going to take another run at completing motor racing’s ‘Triple Crown’ by winning the Indianapolis 500, it will be with a Chevy-powered team.

RACER has learned that the Spaniard, whose name has been heavily linked to a return with the Honda-powered Andretti Autosport team, had the supply deal vetoed at the 11th hour.

After months of speculation, RACER understands that Honda Performance Development sought final clearance from the brand’s global headquarters in Tokyo ahead of the announcement, which was expected to be made last week, only to be told not to proceed with such a deal. Alonso was also in talks to remain with the team after Indy and participate at some of the road course races on the IndyCar schedule.

Multiple calls to Andretti Autosport and Honda to discuss the matter went unreturned.

This leaves the 38-year-old with an unexpected hole on his May calendar to fill with a team aligned with Chevy, the defending Indy 500-winning auto manufacturer. Ongoing efforts to salvage the deal are said to be taking place, but the recent Toyota Dakar rally driver is not expected to be welcomed inside the Honda IndyCar family.

Alonso impressed on his debut for Andretti with Honda in 2017, leading a number of laps before a late engine failure. However, his return last year was with a Chevy-powered McLaren entry due to the breakdown of the McLaren-Honda partnership in Formula 1, with Alonso having been very vocal about the Japanese manufacturer’s deficiencies regarding its power unit.

While McLaren has returned full-time to IndyCar in partnership with Schmidt Peterson as part of Arrow McLaren SP — again with Chevy power — Alonso was poised to race for Andretti in May, with a deal lined up and waiting be announced.

Alonso has been racing in numerous categories since leaving F1 at the end of 2018, including for Toyota in the World Endurance Championship and the Dakar rally, but wanted the most competitive seat possible as he goes in search of the Triple Crown. Having won the Monaco Grand Prix in 2006 and 2007, and the 24 Hours of Le Mans in 2018, taming the famed Indianapolis Motor Speedway with a victory at the 500-mile IndyCar event serves as the last leg to complete among the three great racing events.

Last year’s Indy 500 attempt saw Alonso fail to qualify, and he has since left McLaren having been an ambassador for the company through 2019.

Who will fill the unexpected Andretti vacancy at Indy? Image by LAT

The decision by Honda also leaves the perennial Indy 500 favorites at Andretti with a coveted seat to fill.

The unexpected reversal with Alonso, where a full complement of sponsors had been arranged by the team, should lead to a stampede of interested drivers seeking to claim the entry. Among the leading names to consider, former Arrow McLaren SP pilot James Hinchcliffe has an assembly of backers, a strong relationship with Honda, and a need to secure a team to run his month of May program. Hinchcliffe drove for Andretti’s team, where he won three of his six career IndyCar races, from 2012-2014.

Former Andretti Autosport Indy 500 driver Stefan Wilson, who last drove for the team at the Speedway in 2018 and finished 15th, is also known to be chasing a competitive seat for the race. Add in some of the other Indy 500 specialists, including former Andretti driver Carlos Munoz, and the veteran Oriol Servia, and Andretti will have an abundance of options to consider.

Team Penske has maintained it plans to run no more than the four cars it will enter. The front-running Ed Carpenter Racing team has its three-car effort in place, and does not intend to add a fourth this year.

Of the remaining Chevy teams to pursue, Arrow McLaren SP, Dreyer & Reinbold Racing, DragonSpeed, Juncos Racing, and A.J. Foyt Racing are the only known Indy 500 options for Alonso to explore if he wants to try and qualify for the 104th running of the signature American race. 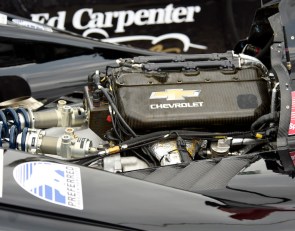