On March 17, Belgian Formula 1 and endurance racing legend Jacky Ickx will join an elite group of non-Americans inducted into the Motorsports Hall of Fame of America (MSHFA).

“The MSHFA is unique in that it honors every form of motorsports, (but) for foreign nationals, only achievements in North America are considered,” explained MSHFA President George Levy. “So, among the Hall’s 260 inductees, Ickx joins a very select sub-group that includes only a handful — Derek Bell, Geoff Brabham, Colin Chapman, Jim Clark, Emerson Fittipaldi, Dario Franchitti, Denis Hulme, Bruce McLaren, Nigel Mansell, motorcycle ace and fellow Belgian Roger De Coster and few others.”

Ickx and Mario Andretti also co-drove to victory in the 1972 Daytona 24 Hours that was shortened to six hours that year due to the gas crisis.

Over the course of his long career, Ickx set an all-time record for most endurance racing wins with 47, including six overall victories at Le Mans. Ever the experimenter, he entered the 1969 Daytona 500 in a Junior Johnson Ford, but a practice crash left him carless for the race.

Said Ickx’s longtime friend and 1990 inductee Andretti, “It is finally time for Jacky Ickx to be honored. I couldn’t be happier to hear of his induction into the Motorsports Hall of Fame of America. Not only was he a terrific driver, he is one of my favorite people. I was his teammate in 11 Grand Prix races for Ferrari — six in 1971 and five in 1972. In the same timeframe, we ran nine long distance races, had six poles, four wins and one second place finish. That’s how much success we had in our very brief time together.

“When I look back at that part of my life, I see this wonderfully successful time that I shared with the most amazing teammate a guy could want. He belongs in the Motorsports Hall of Fame and it brings me great satisfaction that it’s finally happening.”

The son of a prominent Belgian motorsport’s journalist, Ickx raced during one of the sport’s most dangerous eras and was sanguine about the risks.

Ickx burst into the international limelight at 22 when he set the third-fastest qualifying time at the 1967 German Grand Prix in a 1.6-liter Ken Tyrrell-entered Formula 2 Matra against the more powerful 3.0-liter F1 cars. In those days, the organizers added F2 cars to the grid so spectators at the then-14.2-mile circuit would see more action. At season’s end Ickx was crowned European F2 champion.

Soon he graduated to F1 and raced for several teams, including Ferrari, Brabham and Lotus. He collected eight wins, including two Canadian GPs (1969, ’70) and the 1970 Mexican GP, and finished second in the championship both years. Had he won the 1970 United States Grand Prix, which he led easily until his car failed, he might have been that year’s World Driving Champion.

A four-time European motorcycle trials titlist in his youth, Ickx beat De Coster during one of their early battles but joked that he switched to cars shortly thereafter because he realized the eventual five-time World Motocross Champion was going to be better than he was.

“I never wanted to be a race driver – never,” Ickx said. “I heard about Jim Hall and Carroll Shelby and all the others from that generation because my father was an automobile journalist. But honestly, I always thought I would have been a gardener or a gatekeeper. It’s only now that I am getting older that that I can spend some time in my garden. And I love it. But I am very grateful to what I have received because it was totally unexpected and there were good days and also sad days in motor racing.”

Ickx is married to popular African singer Khadja Nin (Sina Mali, Sina Deni, Like an Angel, Afrika Obota), who serves these days as a UNICEF ambassador promoting education and vaccinations and fighting famine. His daughter, Vanina Ickx, from his first marriage, followed him into the cockpit, where she has raced with distinction, collecting class victories at the Spa 24 Hours and the Chinese round of the FIA GT Championship and finished seventh overall at Le Mans in 2011. Father and daughter have co-driven the Spa 24 Hours and Paris-Dakar.

Ickx will be presented for induction by longtime friend and Porsche co-driver Bell (they won Le Mans three times together), who was inducted into the MSHFA in 2012. Inductees are determined by a straight vote among 200 electors, comprised of previous inductees, journalists, historians and other experts on the sport.

Information and tickets for all events are available by visiting http://www.MSHF.com or by calling (386) 681-6843. 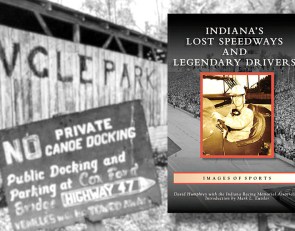 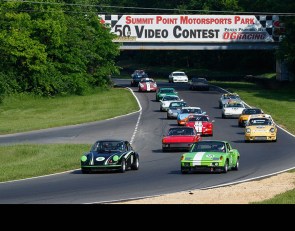 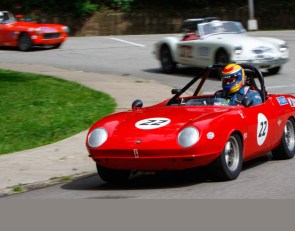