The potential to race the same car at Le Mans as in the IMSA WeatherTech SportsCar Championship appeals to Juan Pablo Montoya (pictured at microphone, above) and Alexander Rossi, following Friday’s announcement of plans for a convergence of prototype regulations between the Automobile Club de l’Ouest (ACO) and IMSA.

The new regulations could allow manufacturers to race the same car at flagship events in both categories, and Rossi – who is racing the No. 7 Acura Team Penske ARX-05 at this weekend’s Rolex 24 At Daytona – told RACER the idea that he could also do so at Le Mans excites him.

“I mean, we’ll see what comes of it,” Rossi said ahead of the announcement. “Obviously the relationships I have here (at Acura) now over the past two years are pretty good, and I think we’ve done a good job in the car, so we’ll see. That would be pretty awesome.”

The more experienced Montoya is in the sister No. 6 Acura Team Penske ARX-05 this weekend and could chase a Triple Crown at Le Mans, having already won the Monaco Grand Prix and Indianapolis 500. He sees the DPi regulations as a good basis for both championships.

“I ran the 24 Hours two years ago – it was good, we finished third and everything – but it’s a weird deal,” Montoya said. “With the ACO coming here, hopefully something gets solved. I understand they want the Hypercar and everything, but this (DPi) formula really works. It works for the manufacturers, it works for everybody.

“It’s a logical way of doing it. You can keep the LMP2 class for the teams that don’t have a manufacturer and then you open whatever we call (DPi) – you can call it whatever you want, but it’s based on the same car, so you don’t need to build a new car. You don’t need to start from zero, you don’t need designers… It’s so much simpler, and the racing is amazing. 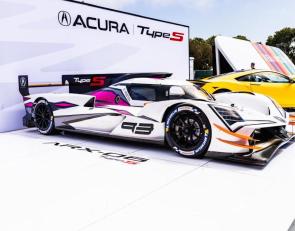 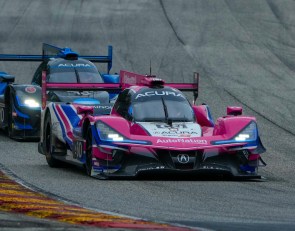 INSIGHT: A DPi title battle for the ages