On the morning of November 19, 2019, Allen Berg’s phone rumbled with a call from an unknown (to Allen) number in the 416 area code. It was Dr. Hugh Scully, Chairman of the Board of Directors of the Canadian Motorsport Hall of Fame, calling Allen to congratulate him on his unanimous selection to enter the esteemed Hall during a ceremony at the Canadian International Auto Show on February 15, 2020. Allen and six other inductees will be recognized for their significant accomplishments and the extraordinary contributions they have made to the advancement of motorsports in Canada, and they will join the over 200 who have come before them.

Allen’s journey to the CMHF is not unlike most of the honorees in that it was driven by a burning desire to make a life from an innate passion for speed, and to capitalize on the gift he was given.

As with anyone involved in motorsport, whether it be a racing fan, a mechanic, engineer, team owner, driver, sponsor or other willing enthusiast, it starts with exposure to the sport. For Allen, that exposure came in the mid-sixties, when he was six years old. 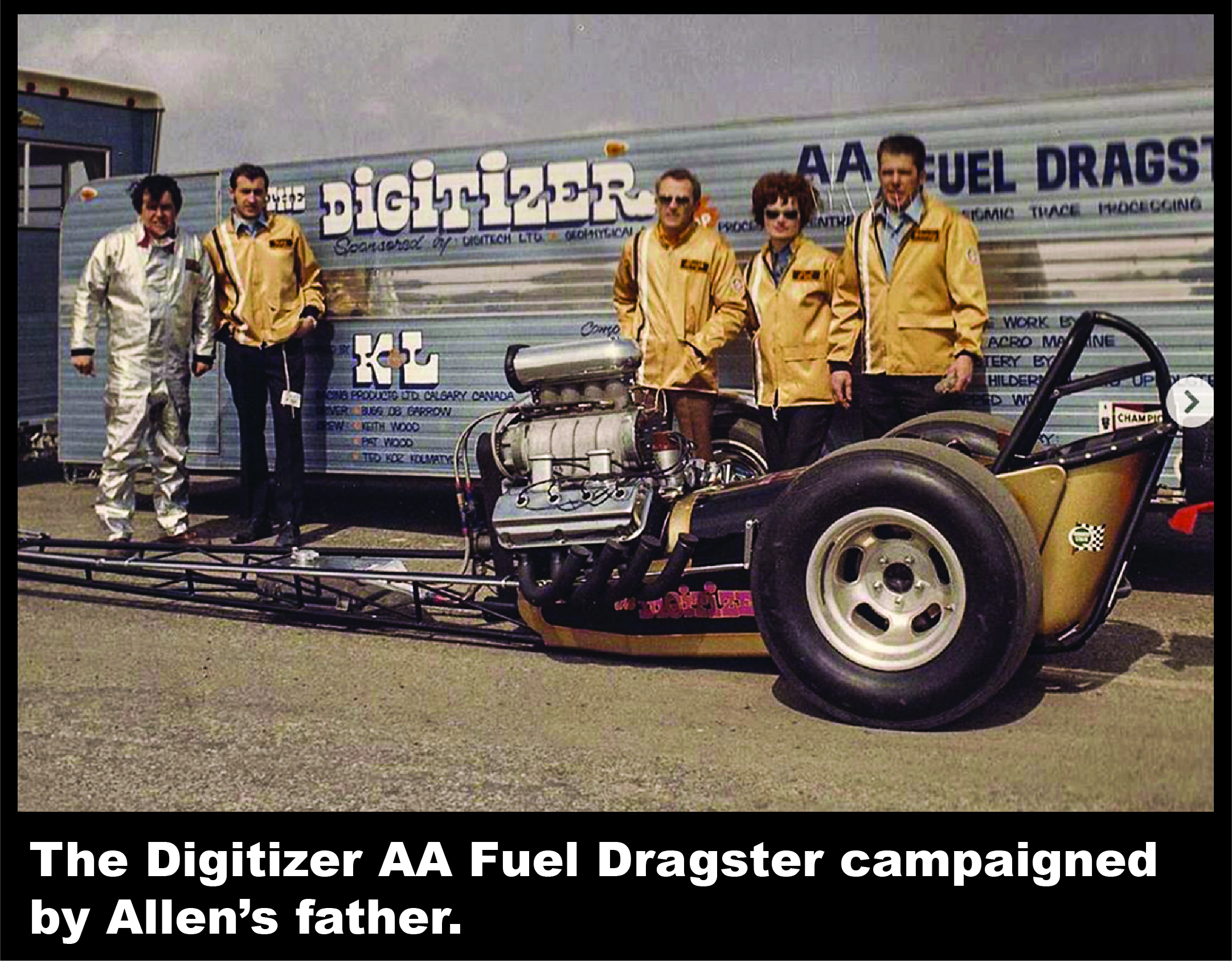 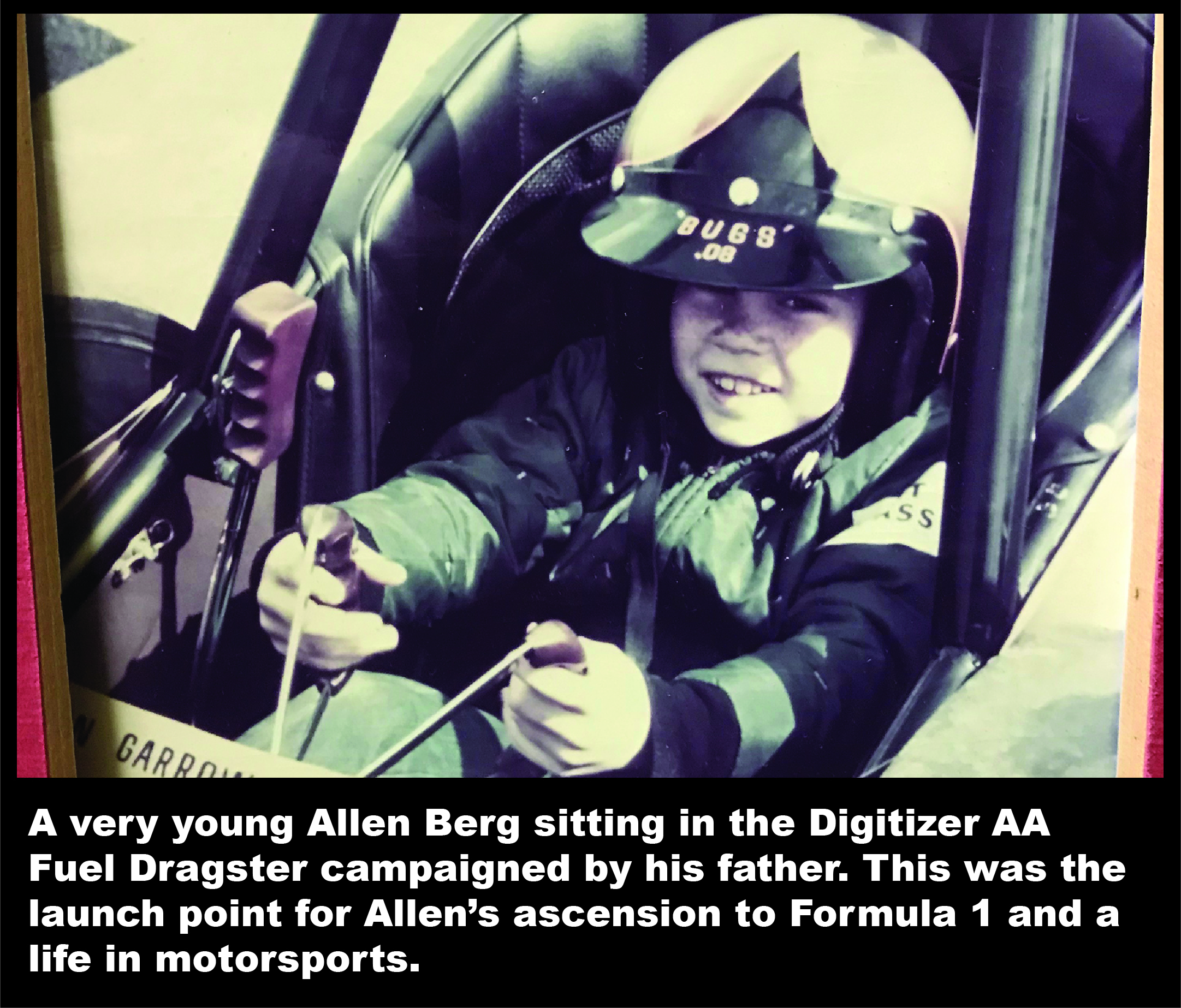 As Allen was a tad young to pilot the dragster, his persistence paid off when his family acquired his first go kart. By age 15, Allen was Junior Champion in the Alberta Kart Championship and followed that up a year later with a Senior Championship. 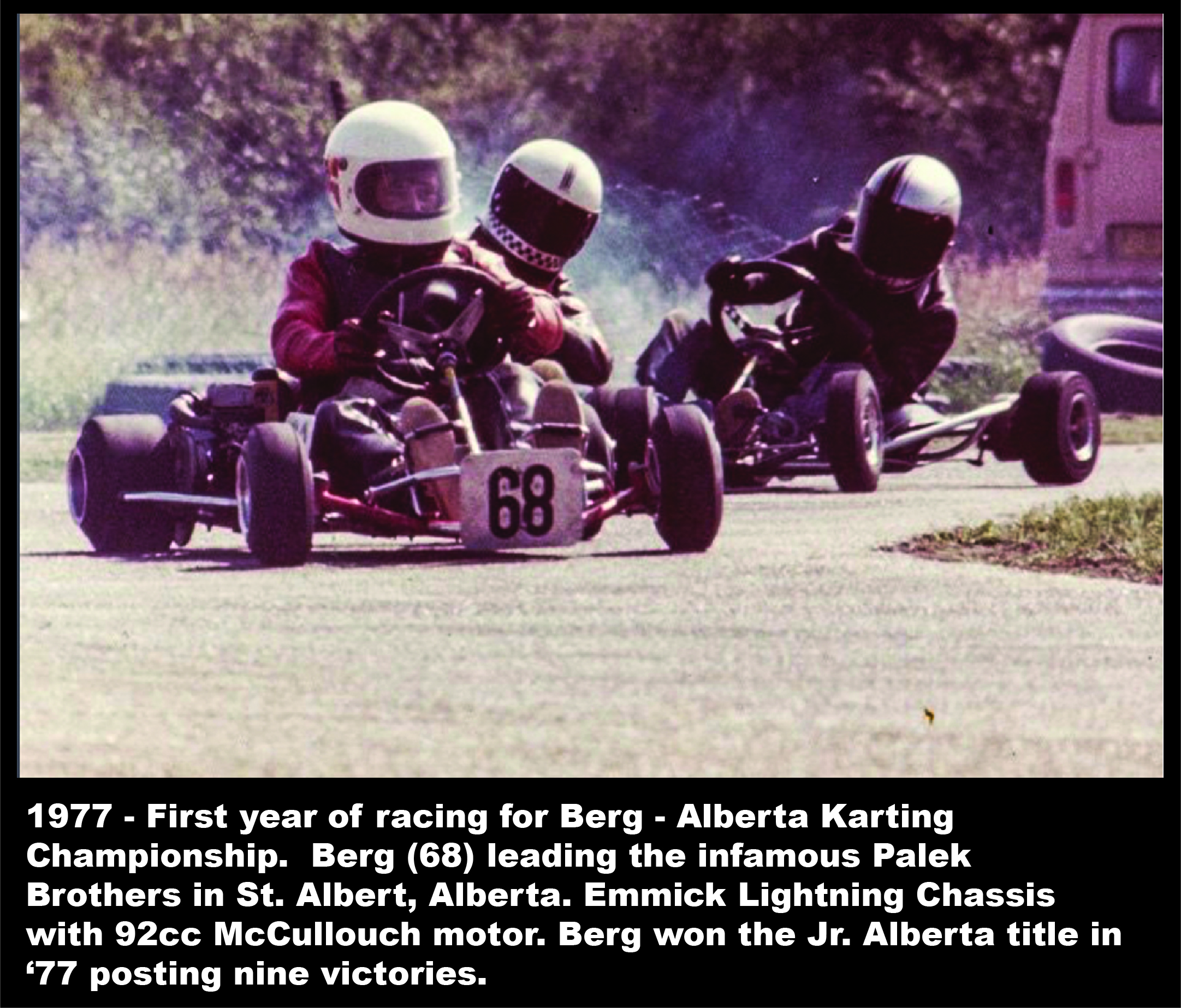 By 1979, at the age of 18, Allen had his first foray in race cars, where he finished 2nd in the Canadian Formula Ford Championship, and grabbed 3rd and Rookie of the Year honours in the North American FF Championship. 1980 was also the first year that Allen shared his knowledge as a racing instructor at Mosport Racing School.

“Formula Ford really laid the foundation for me,” explains Berg, “I had moved away from home to pursue my passion, and my first few laps of Mosport were exciting, intimidating and terrifying! Racing against the likes of Chip Ganassi, John Paul Jr., Scott Goodyear, Ludwig Heimrath Jr. in Formula Fords was some of the most intense racing I’ve ever had, and memories and lessons I cherish to this day.”

Allen’s ascent continued in ’81 and ’82.  Moving up to the North American Formula Atlantic Series in ’82, Allen captured the Rookie of the Year honours and earned his first of two consecutive “Canadian Driver of the Year Awards”. Allen was also named the Deutsche Automobile Club Driver of the Year. 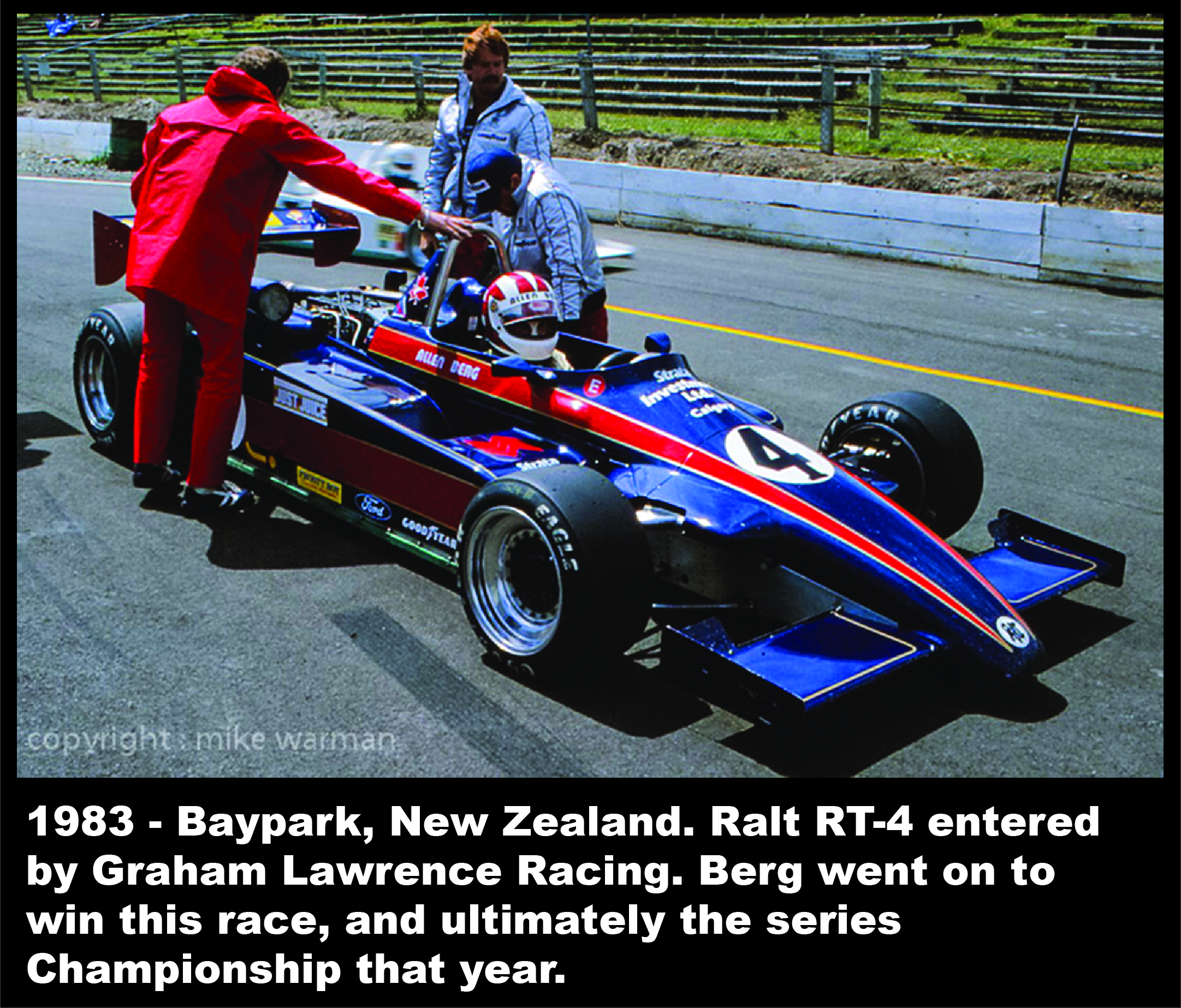 “That year in British F3 was incredibly intense. Of course, at that time, we didn’t know what Ayrton and Martin and the others would become, but we all knew that we were involved in something special,” enthused Berg. “The rivalry between Martin and Ayrton affected the entire Championship, all of the teams, all of the drivers, race control, the corner workers, everyone. I vividly recall a race at Thruxton where on lap 1, corner 1, I went off (maybe I was helped off). I had started 5th in that race, but my race was over. After the race – which Ayrton won – he came up to me and said ‘What happened to you on Lap 1?, I saw you going into the corner in 5th place but coming out of the corner you weren’t there anymore?’ 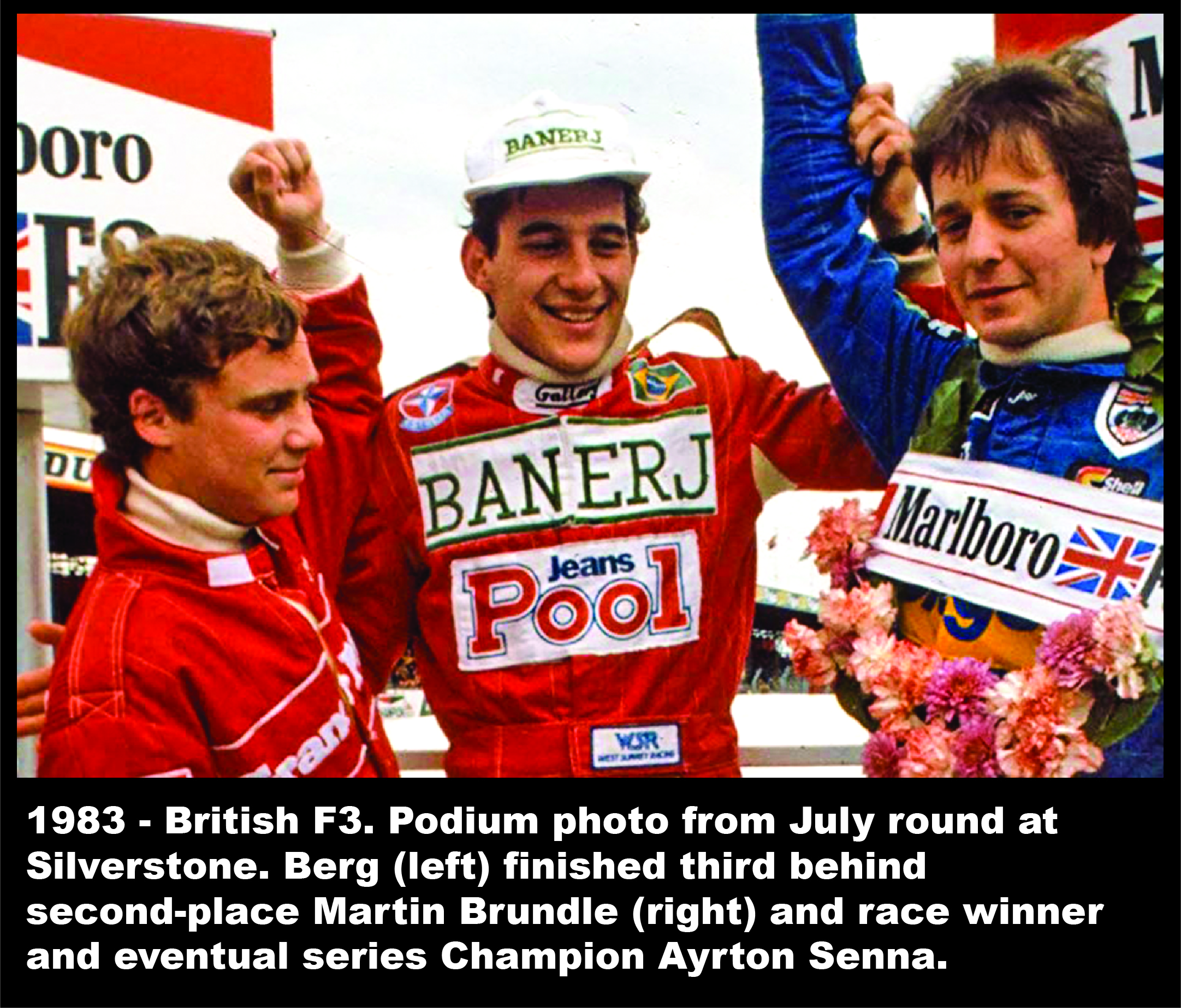 “To this day, I am amazed at the awareness that he had. Here he was battling for the lead, and he knew that I was out of the picture. It was a great lesson in intensity, preparation and a champion’s mindset that I try to pass on to my students today. And of course, driving for Eddie Jordan means that I have many stories…. which we’ll save for another day. And, I did learn a lot about the business of motorsport from Eddie. I’ll leave it at that.”

Following the 1983 season, Allen and many others from the ’83 British F3 season all converged on Macau.“I went out for drinks the night before on-track activities with Ayrton and Joe Stoup, and Ayrton bettered me there too. Before long, I was a lap down and headed to my hotel while Ayrton and Joe carried on. Ayrton won Macau that year.”

At the end of 1984, Berg was invited to test with Arrows F1 team and as a result earned his Superlicense, as well as invitations from several teams (Arrows, Tyrrell, March, Osella, Minardi, Arrows, Tyrrell, Larrouse, Brabham) to join them for the 1985 season. Unfortunately, Allen was unable to raise the requisite sponsorship.

Beginning in early 1985, when his classmates as it were – Senna, Brundle and others – were off to Formula 1, Allen also set his sight on joining the World Championship, and began the hard work that it took to raise his profile, and the sponsor partners as required. Parallel to that, Allen competed in the ’85 Mexican F-K Championship, capturing three victories and two podiums in five events.

In early 1986, Allen had captured the attention of Labatt Breweries – maybe the holy grail of motorsports sponsors at that time – at least for an aspiring Canadian. 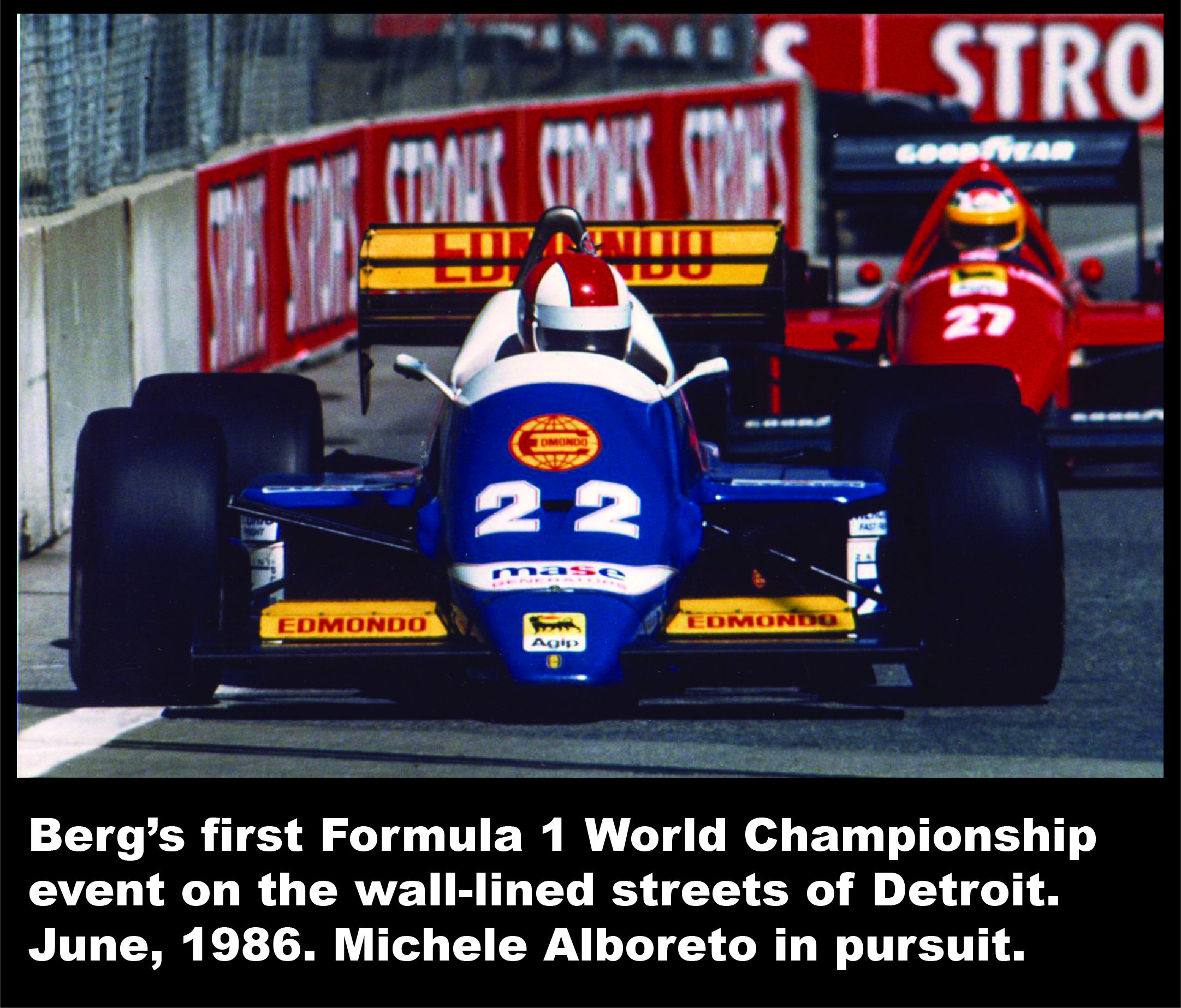 And in June of ’86, Allen made his first start in Formula 1 – on the wall-lined streets at Detroit. This was turbo-era F1, fast, loud and dangerous, and Allen was on the grid, which was the fulfilment of his dreams and goals.

The names of the racers that Allen was able to compete against in his nine Formula 1 starts in the Osella Scuadra Corse / Alfa Romeo is pretty remarkable. World Champions like Senna, Mansell, Prost, Piquet, Rosberg and Jones, and legends like Johansson, Berger, Brundle, Warwick, Alboreto, Nannini, Boutsen, Palmer, Arnoux, Patrese, Alliott, Fabi and more. 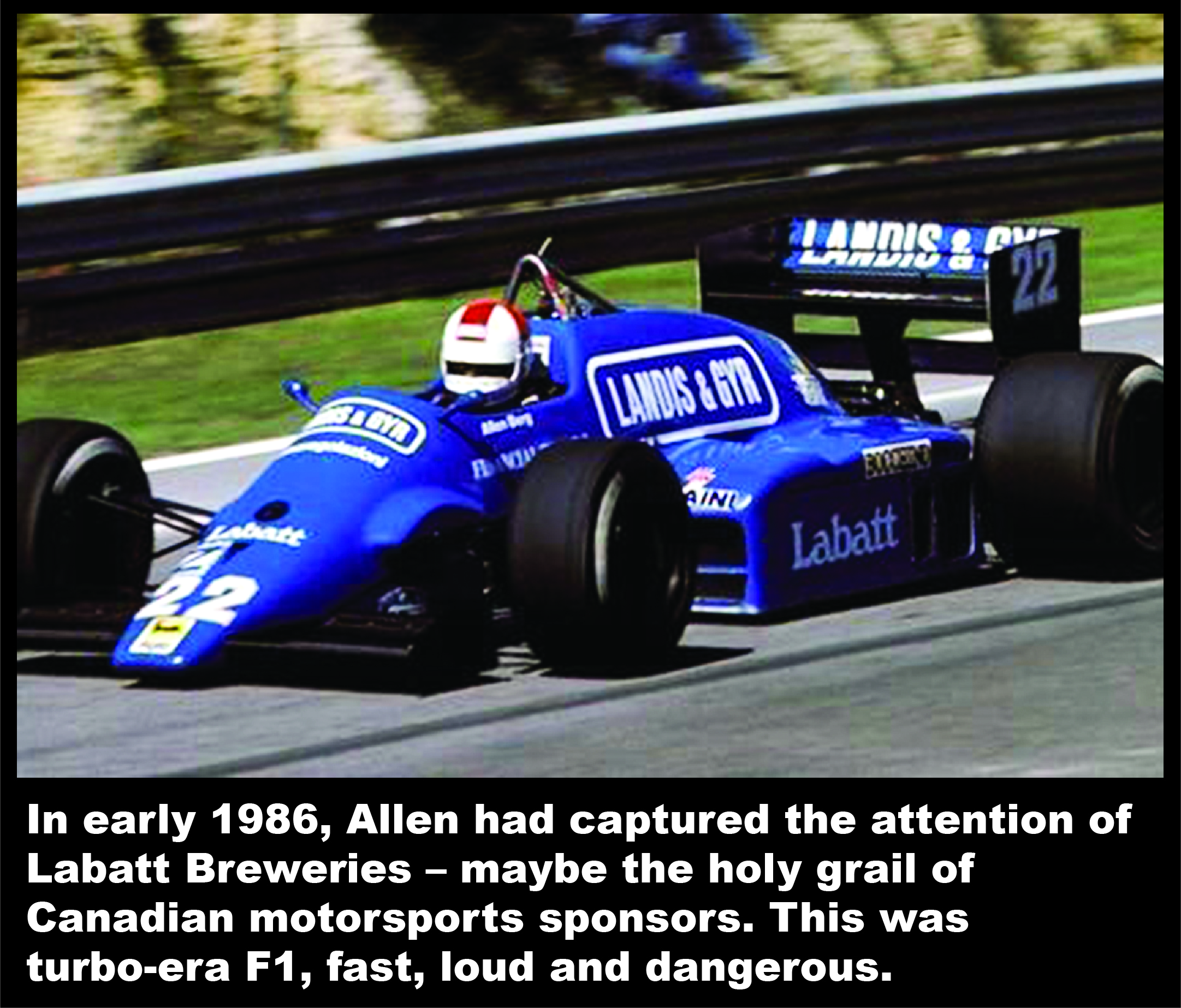 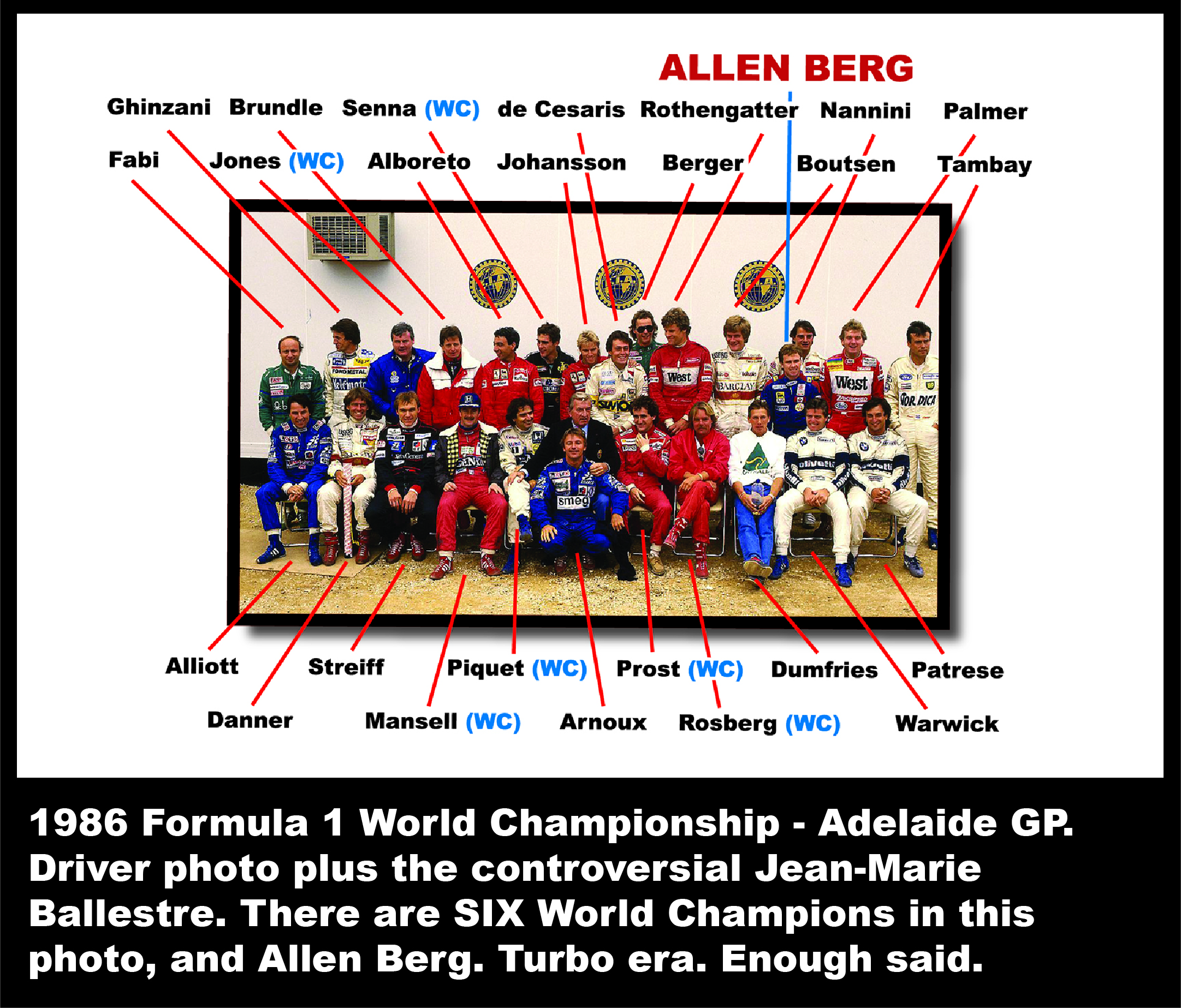 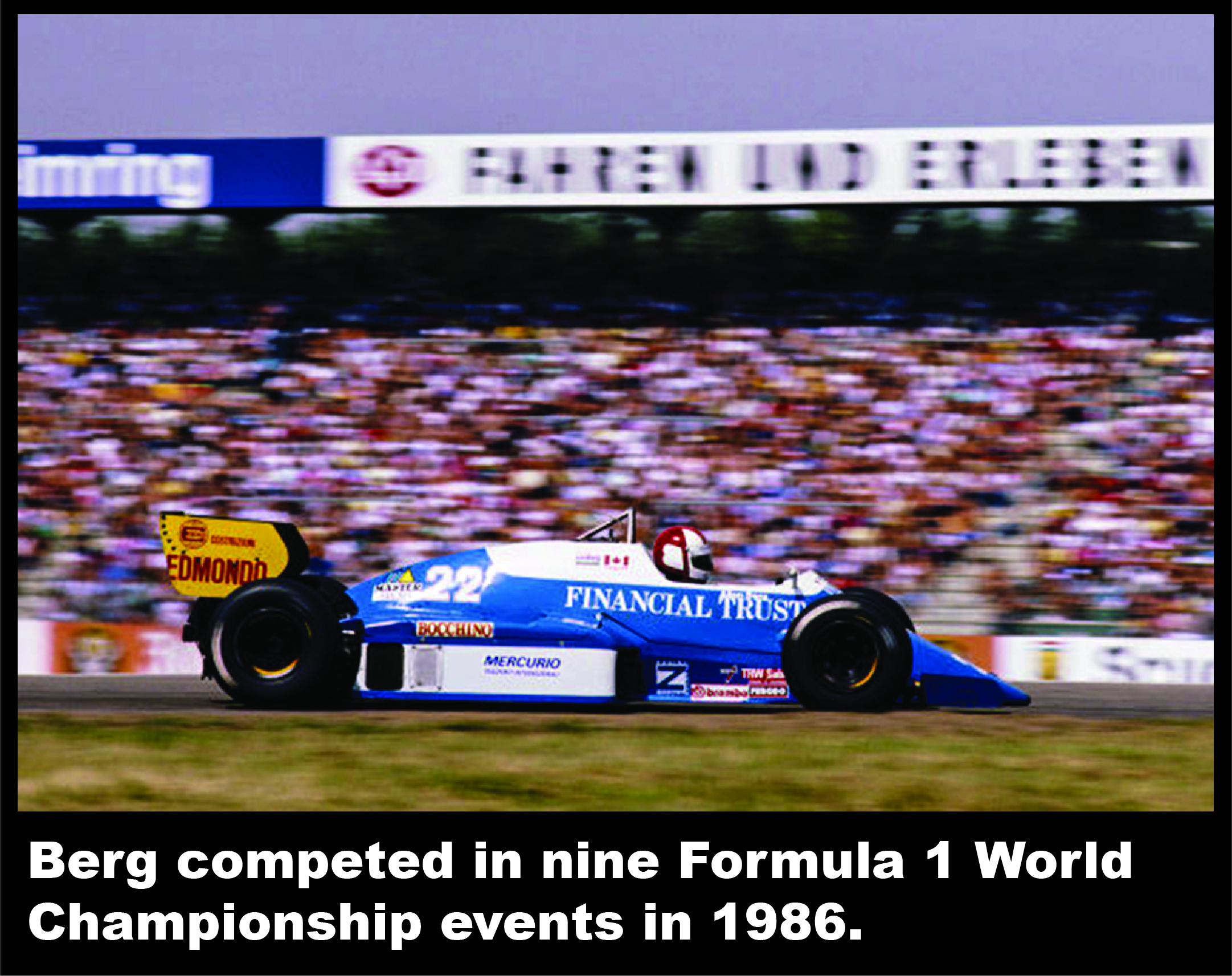 In 1987, there would be no Canadian Grand Prix for many reasons. Allen was a casualty of this unfortunate turn of events as it drastically reduced the value that Labatt Breweries was seeking to gain from alignment with Allen, and this potential partnership came to an end. In an effort to continue, Allen travelled to the UK to meet with Bernie Ecclestone to introduce a potential new partnership that had a compelling win-win, B2B element for Bernie to consider. Ecclestone had his own challenges to overcome and the deal did not materialize so Allen’s F1 adventure was over.

“In hindsight, it was very clear to me that I had set my goals way too low, and that they were not as clearly defined as they needed to be. This is a lesson I now pass on to all of my students who wish to become professional racers,” explains Berg. “You see, my goal was to make it to Formula 1, and I did that. My goals should have been to make it to Formula 1, then to podium, then poles and race wins, and then world championships – plural. That is the mindset I should have had.” 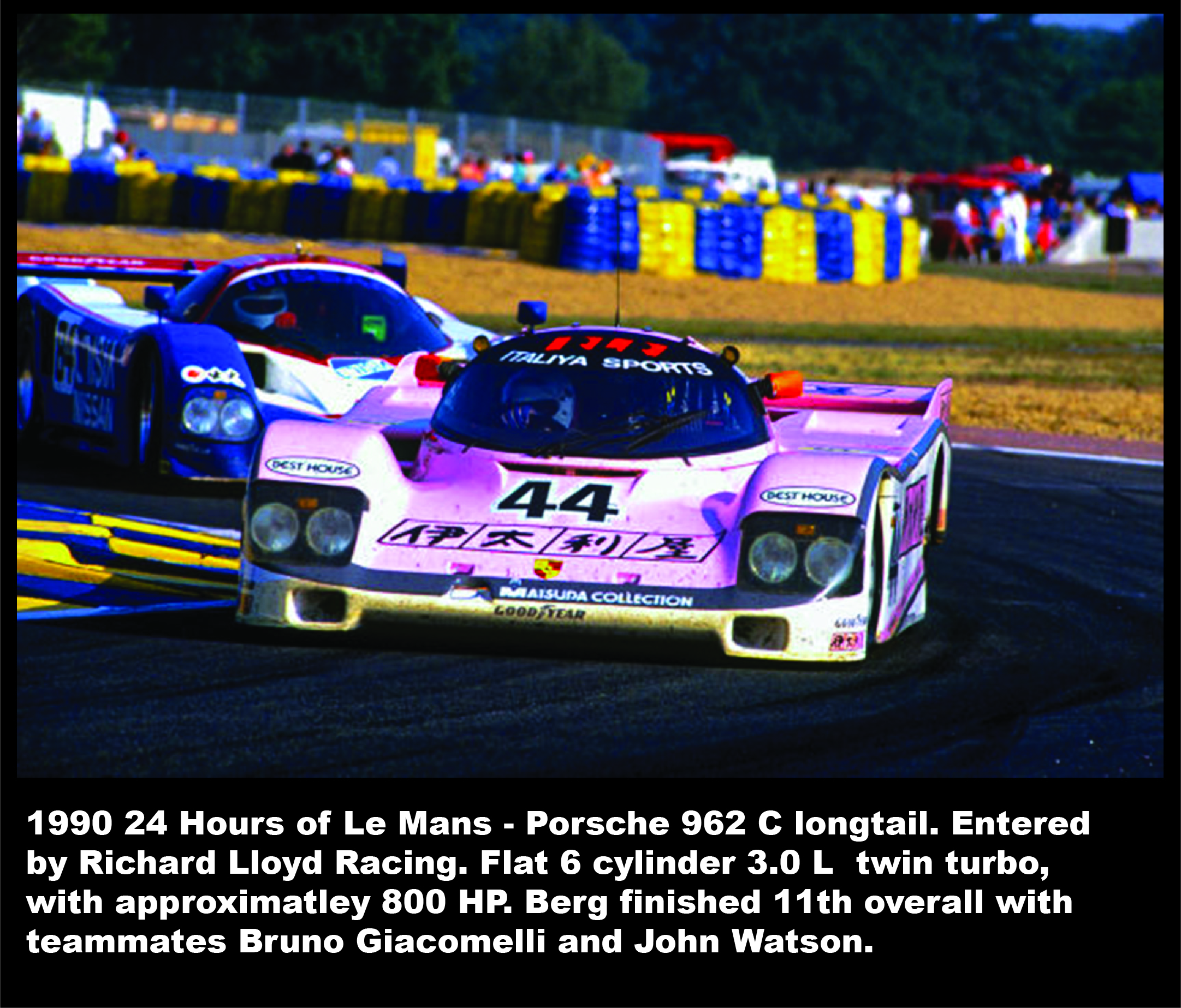 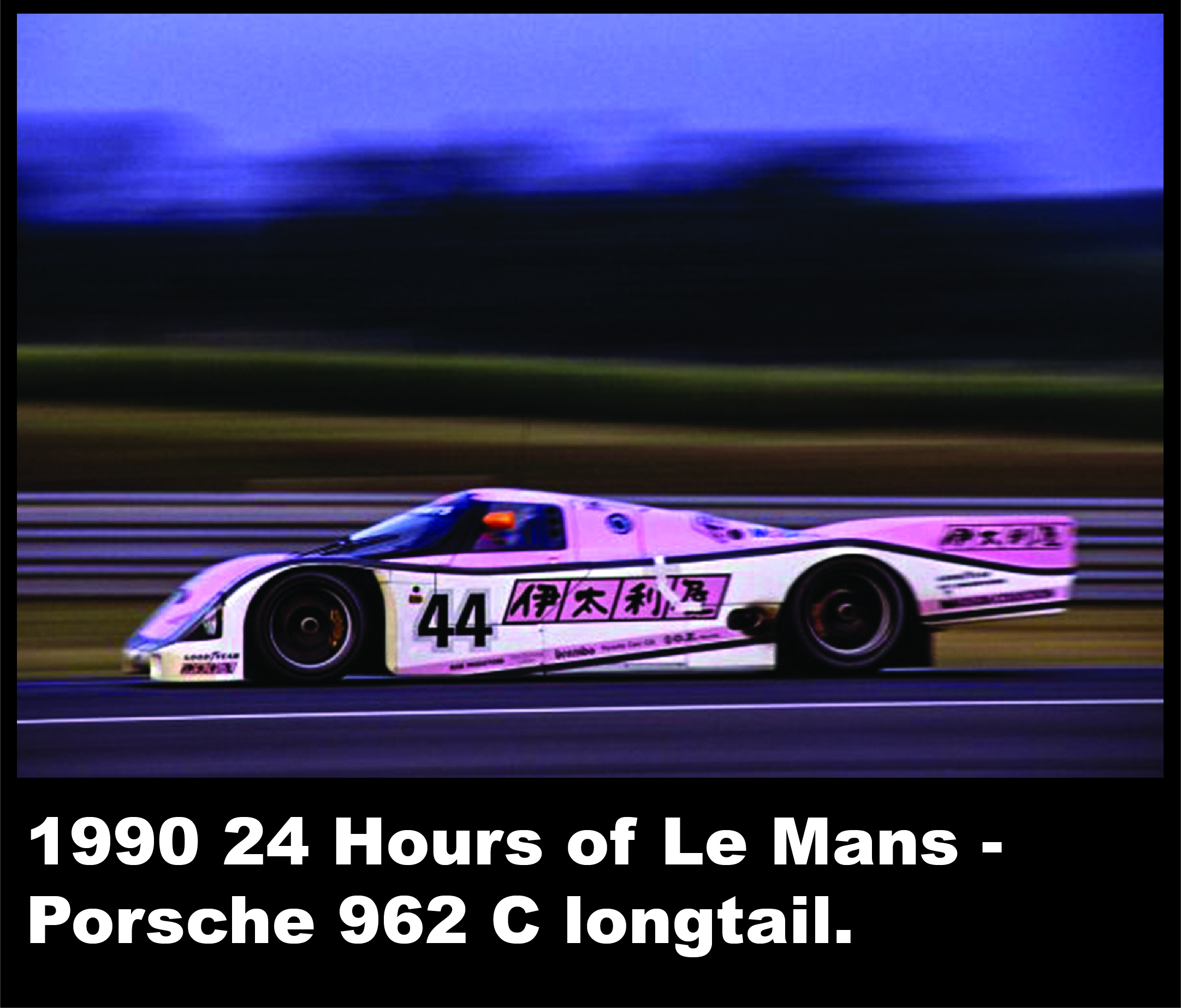 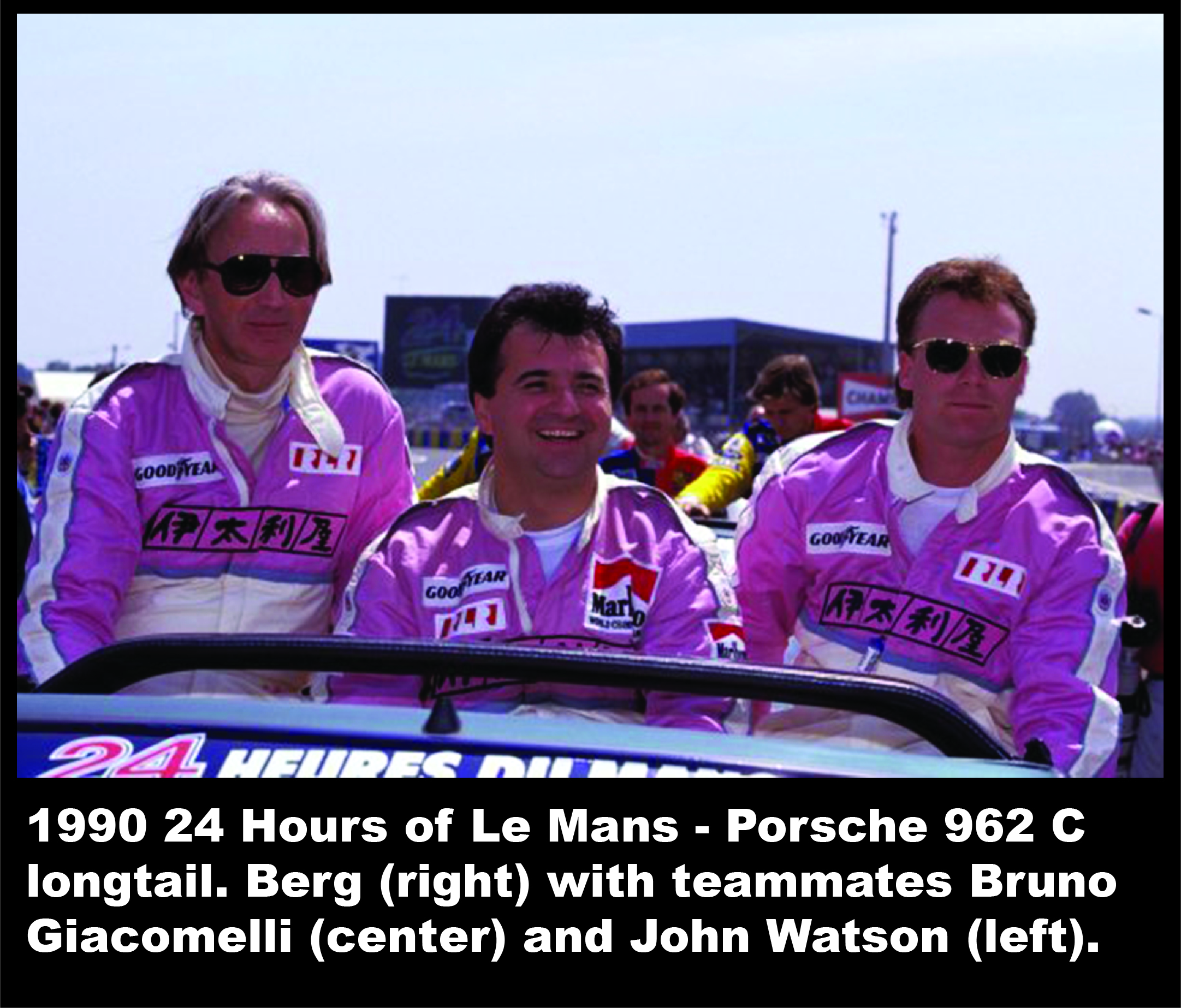 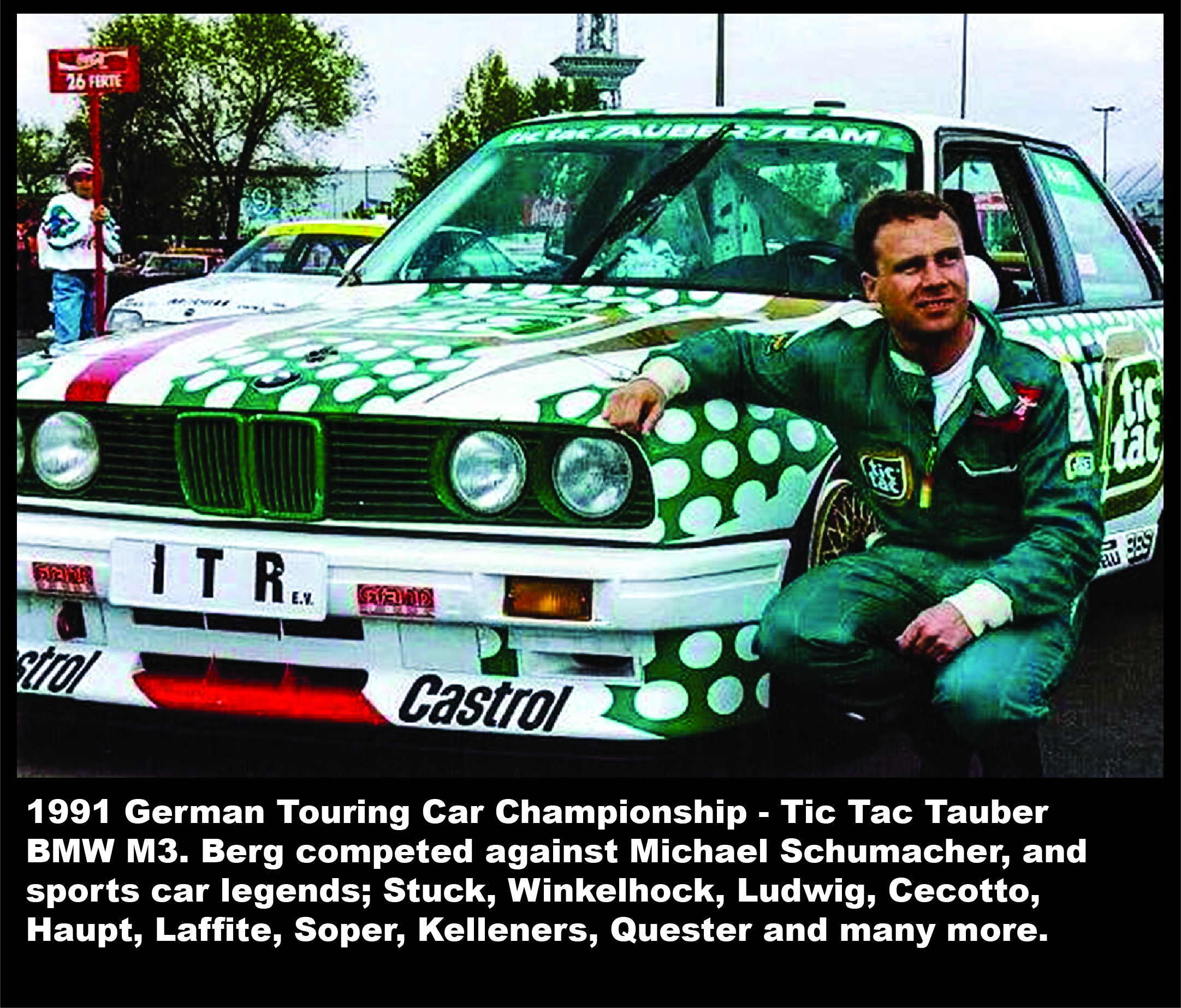 From ’92 to ’96, Berg raced in Mexico, capturing one championship, one second overall and one third in Mexican F3 for the official Marlboro team. 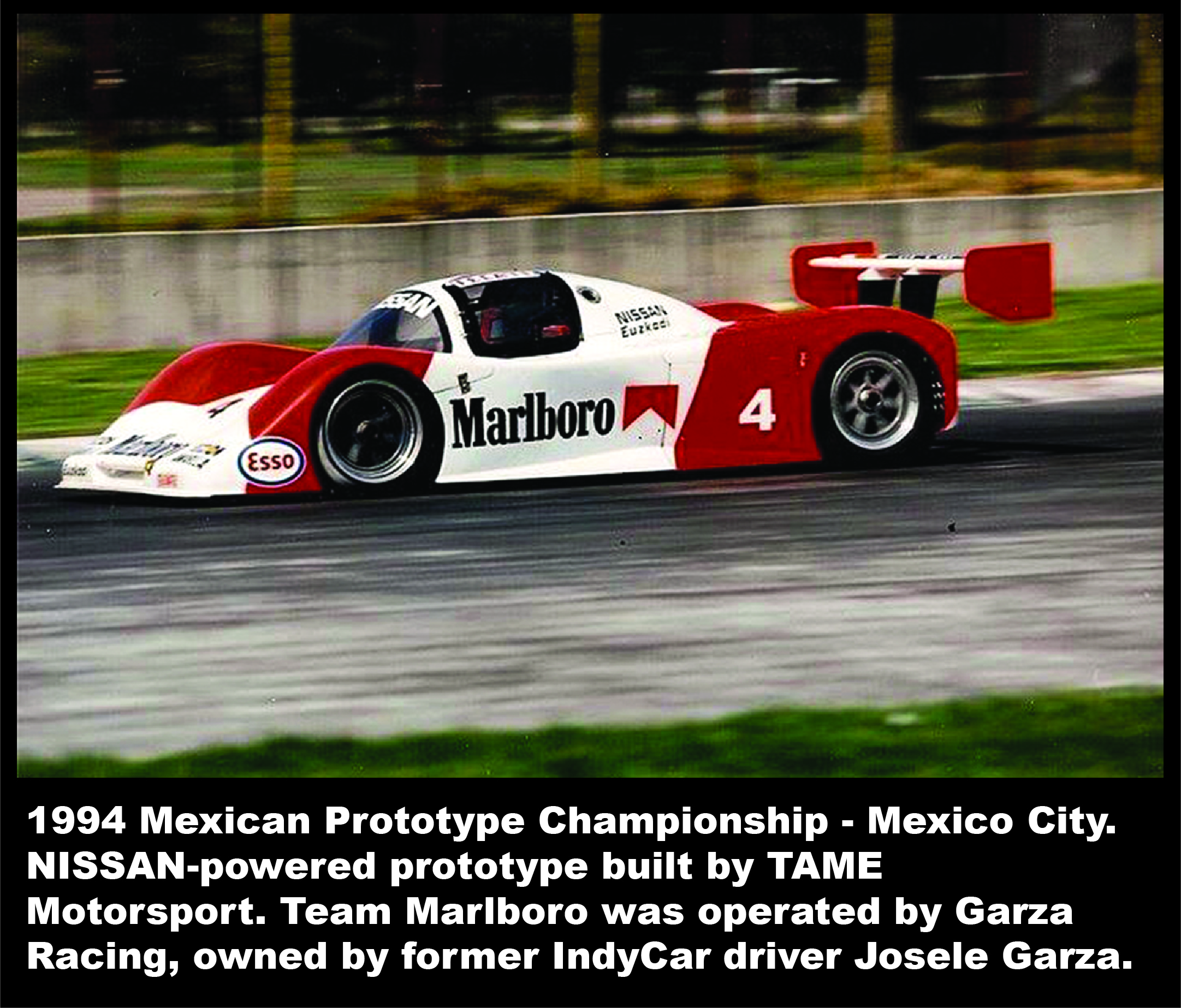 In Mexican F2, driving for Coca-Cola, Berg finished third in the championship, in ’95 and ’96. 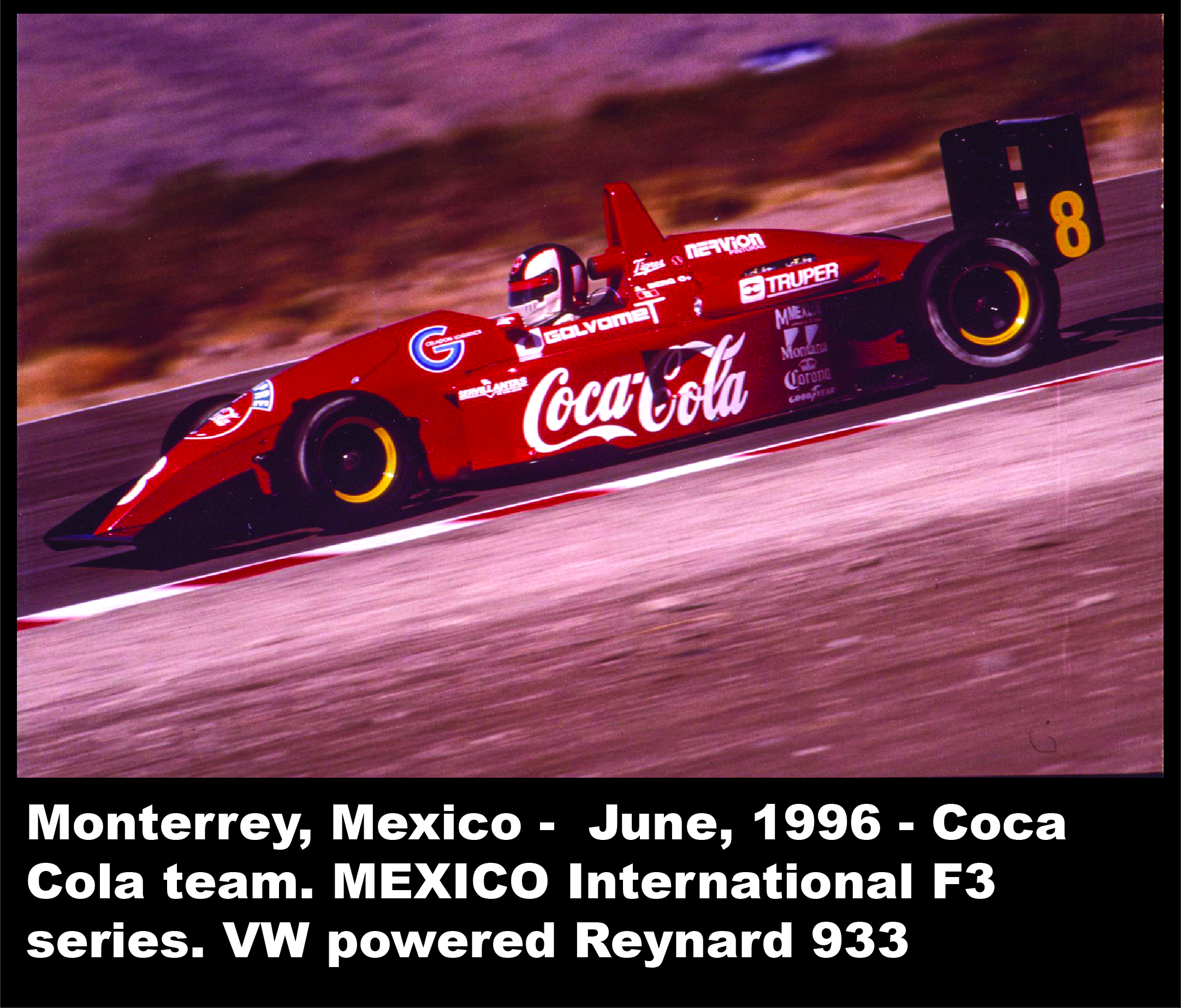 By 2001, Berg started his foray into the business side of racing, becoming founder, general director and driver with the Scuadra Berg Guerrero Racing Team. In 2001, Allen raced in the Mexican F3 and Indy Light Pan-American Racing Series, capturing the Indy Light Pan-Am Team Championship and Overall Driving Champion, with five victories and seven Podiums in 10 races. He also took over as President of the Mexican Formula 3 Team Owners Association.

And in 2002, Berg moved to the competitive Toyota Atlantic Series as a team owner of Scuadra Fortia.

Today, after 13 years, Allen Berg Racing Schools is one of the premier schools in North America. Based at WeatherTech Raceway Laguna Seca, Berg sees students coming from all over the world to take his school. 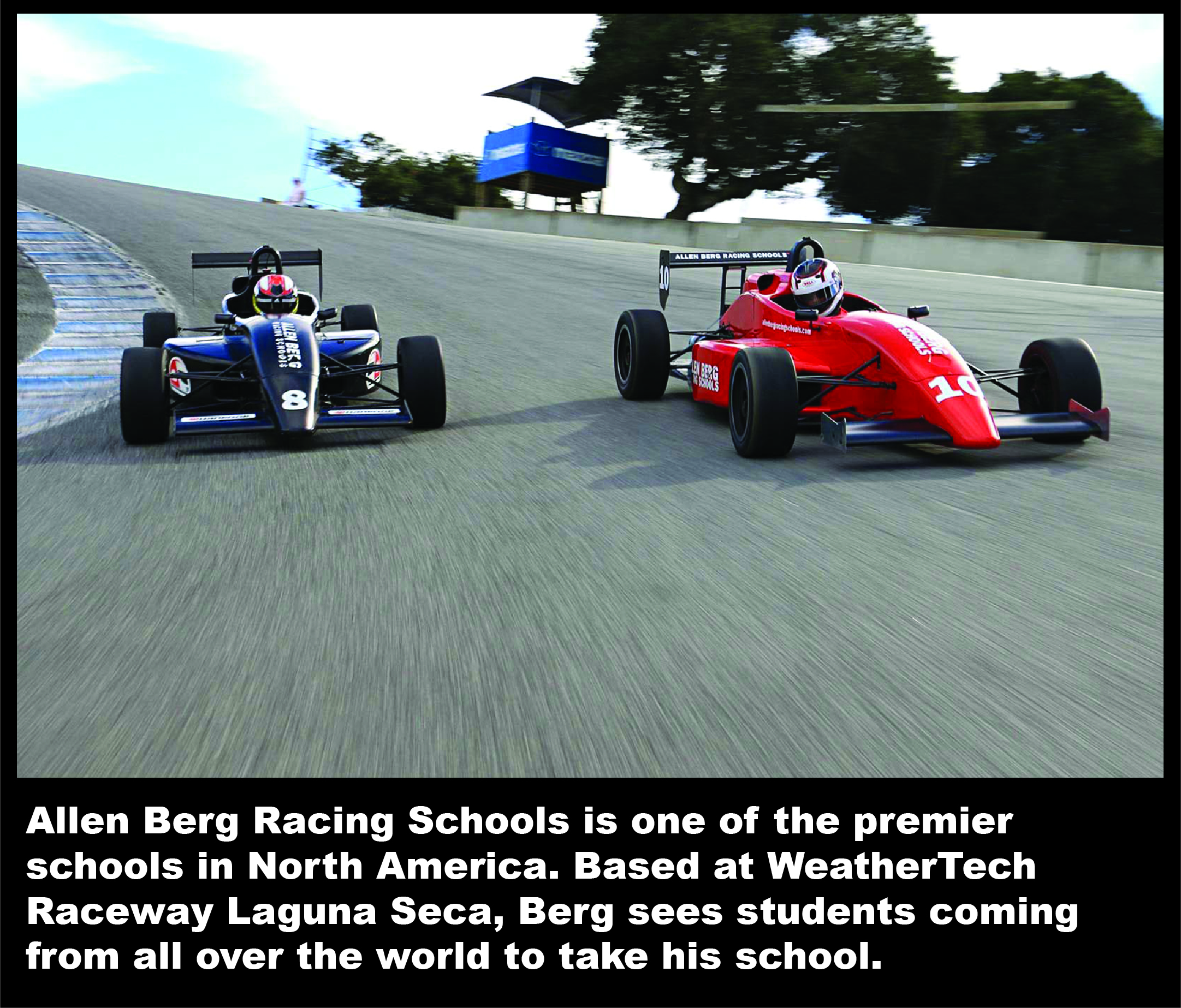 “It never gets old. Seeing the smiles on the faces of our students, and getting to experience their enthusiasm drives me and my team to provide a great, life-changing experience for everyone,” says Allen. “We look forward to 2020 and beyond with many new program enhancements on the horizon.”

On August 1, 2019 — following a hard-fought weekend of karting with his son Alexander — Allen realized another dream in 2019. 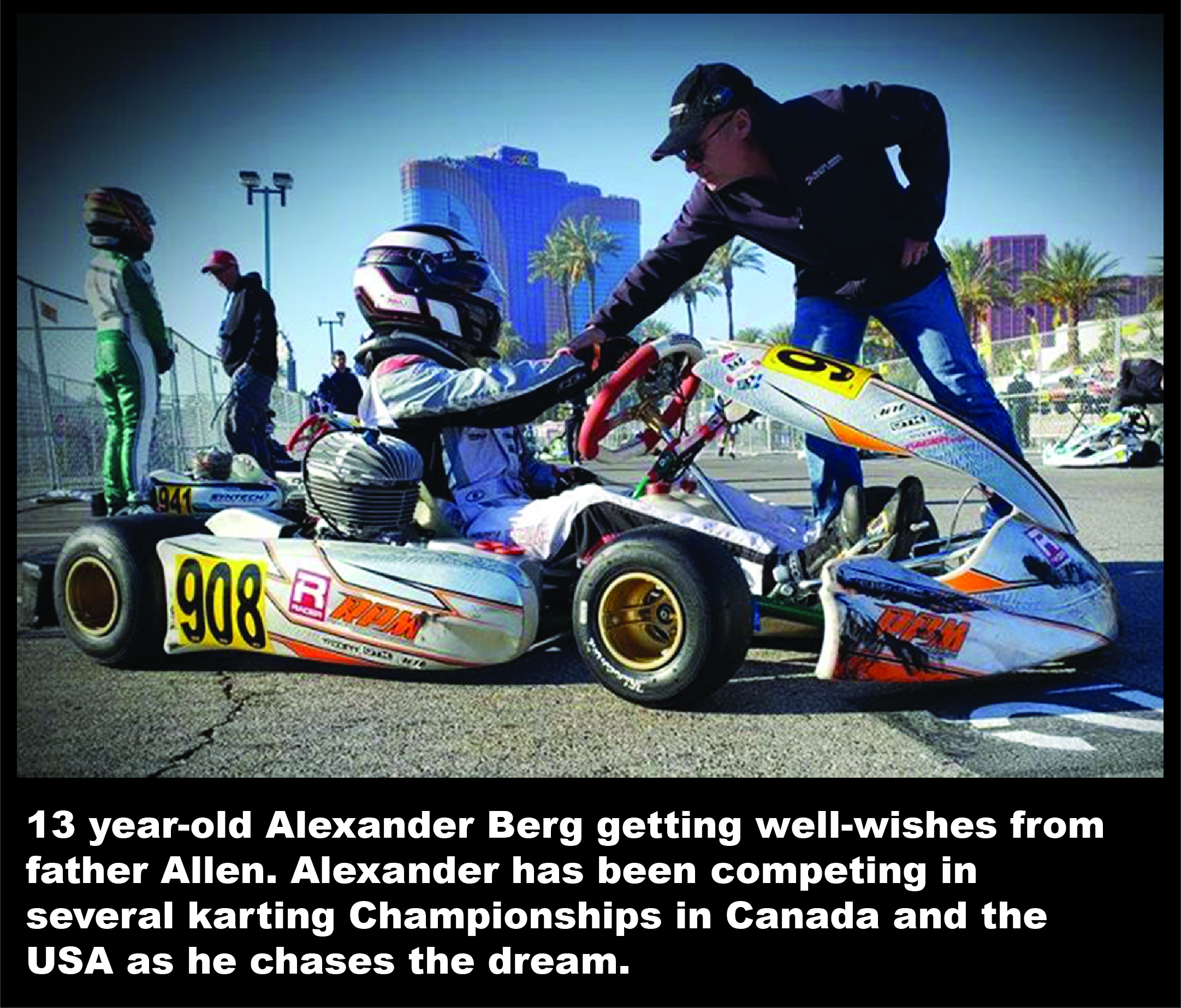 Together, they traveled to a small suburb of Seattle following up on a lead. Could it be that in the non-descript garage located behind this house was something Allen had been searching for for decades?

“The garage opened and there it was. I couldn’t believe it and the emotion was completely unexpected,” recalls Berg. “Right there in that garage was my dad’s Digitizer AA Fuel Dragster. 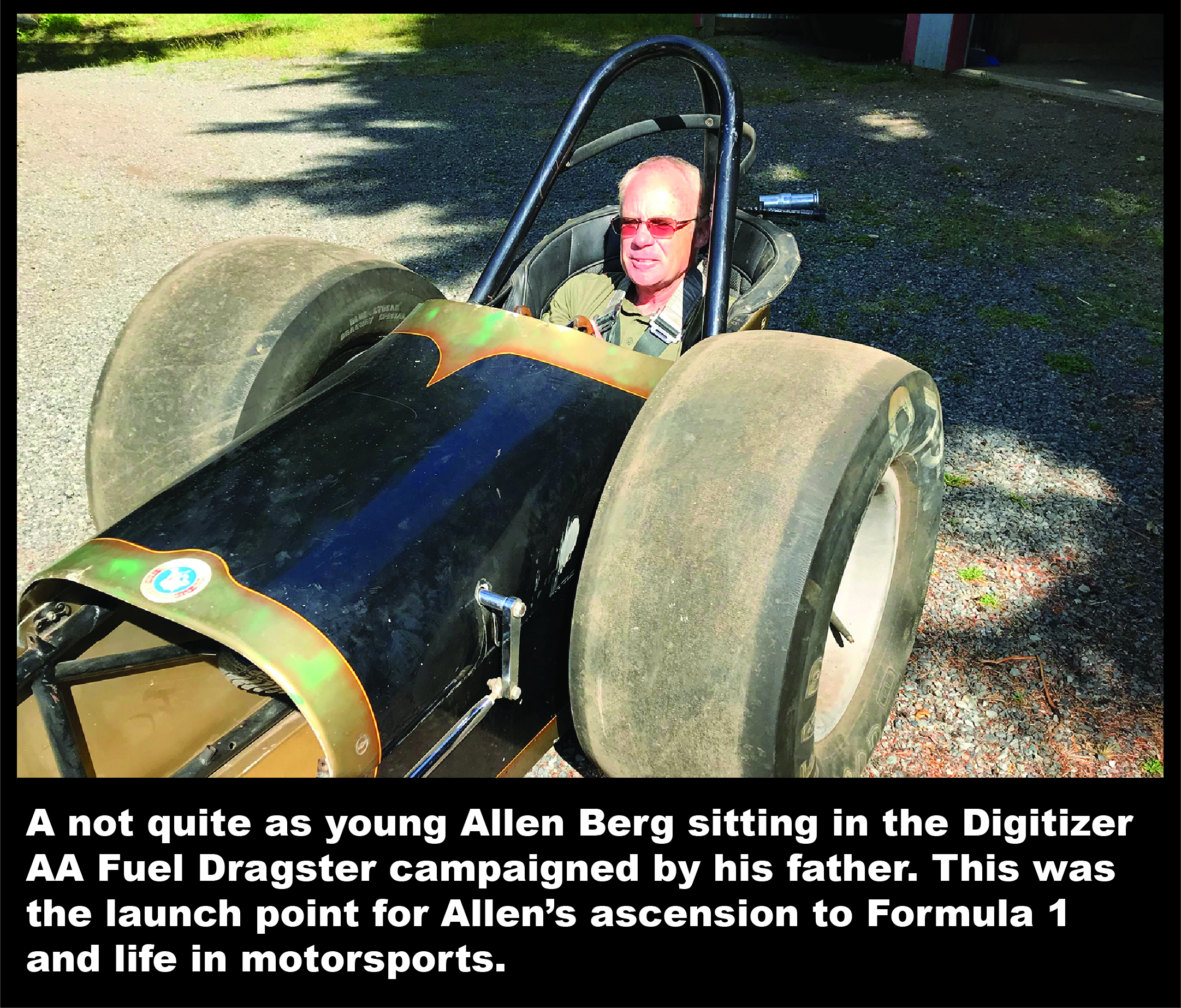 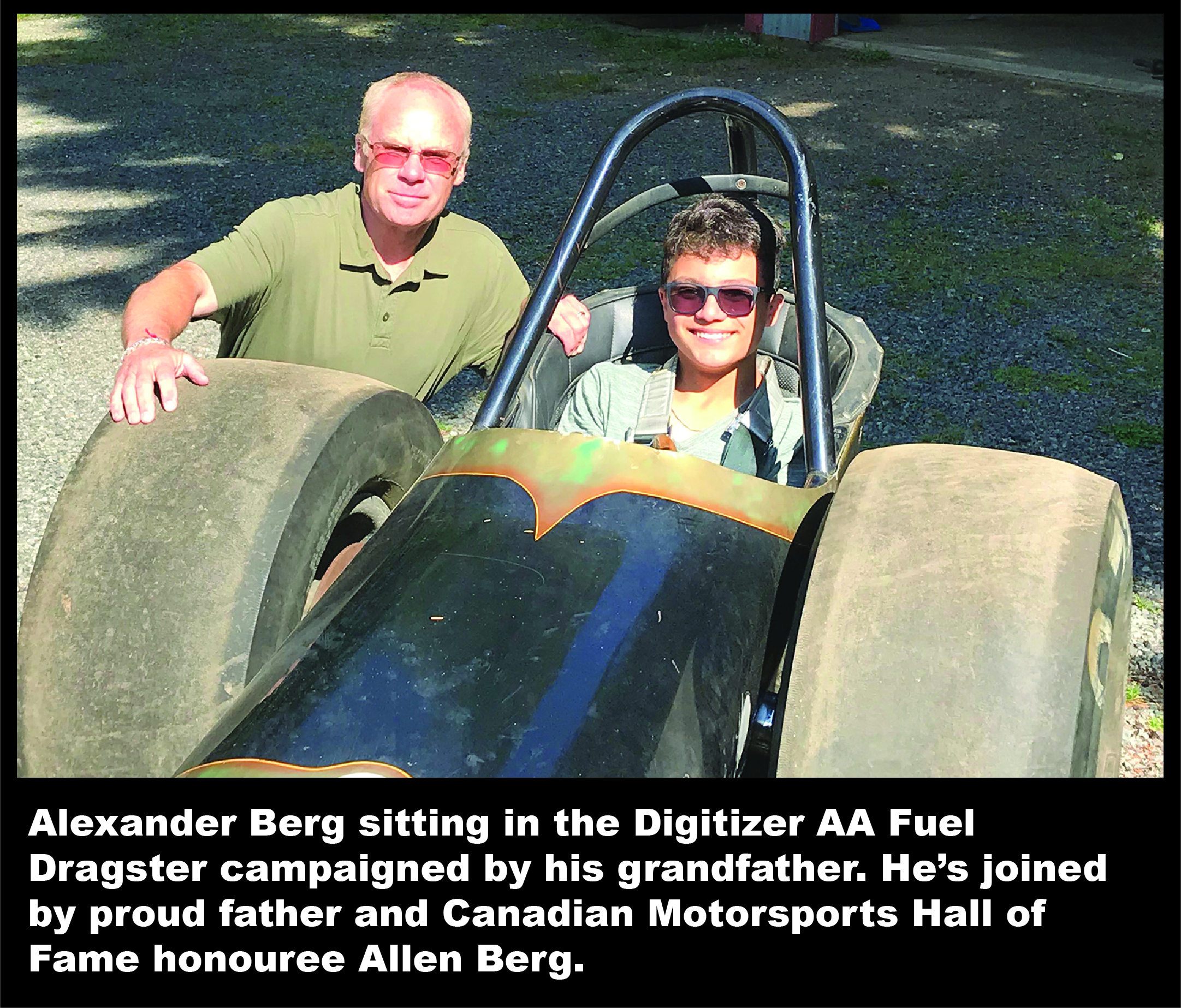 “This was where it all began. My father passed last year and for me to not only find his race car, but to be able to purchase it and bring it back to Calgary is really special. My son, Alexander, who is 13 now, has the fire and passion and I’ve enjoyed watching his progression in karting this year, and then, to get that call from Dr. Scully…. wow… what a great year. My dad would be so proud.”

Today, when Allen stands in front of his students, many are not aware of his incredible journey, and the drive and determination it takes to build a resume like his. And they won’t hear it from Allen, as he is a humble Canadian gentleman, as well as an honoured member of the Canadian Hall of Fame – Class of 2020. 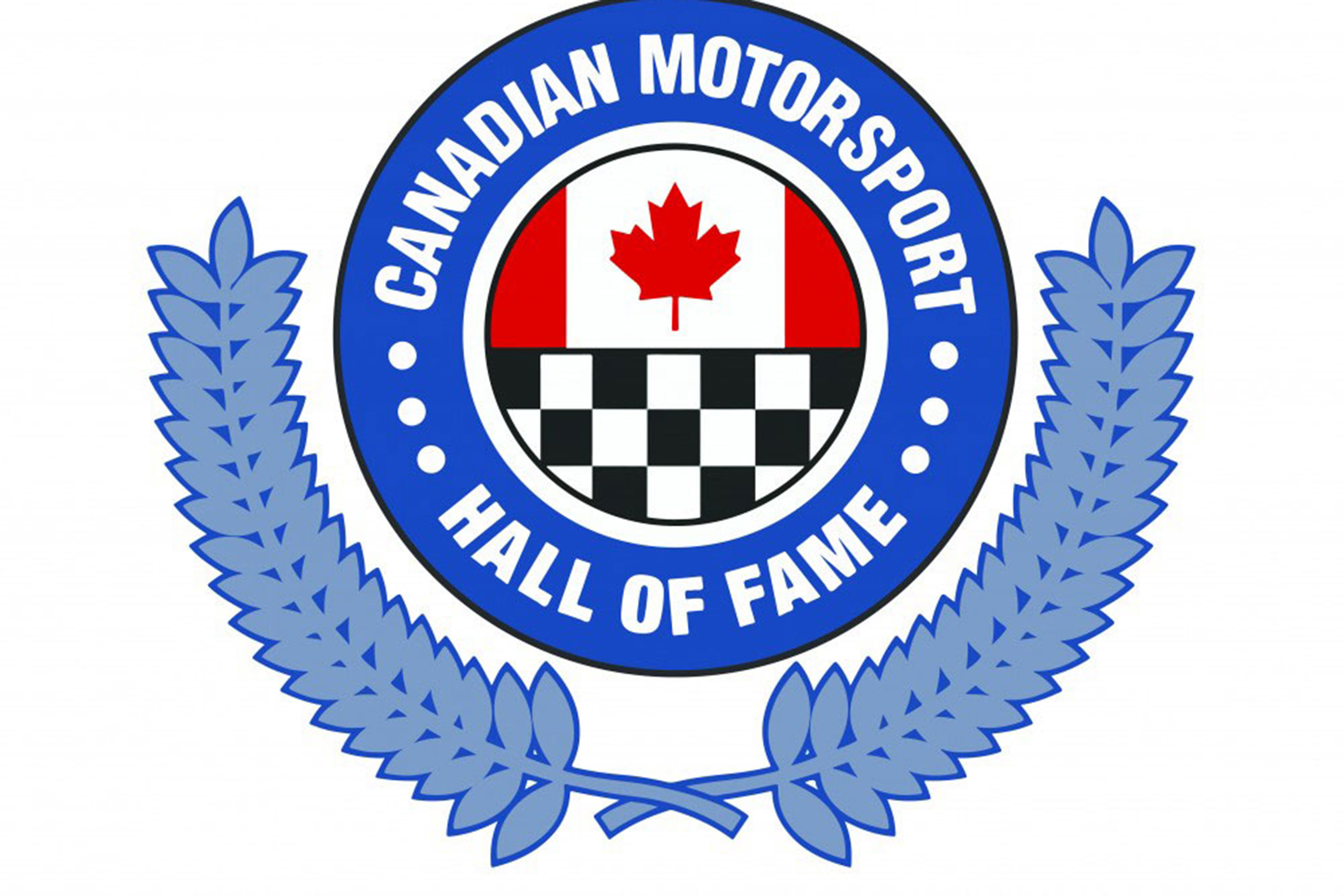 Petty to attend Talladega in show of solidarity with Wallace

Just when I thought we were going to finally write about a team other than Chip Ganassi Racing, Felix Rosenqvist spoils the first win for (…)

Chuck Hulse, a four-time Indy 500 starter whose sprint-car injury in 1964 opened the door for Mario Andretti to step into one of the (…)

When the pandemic hit and stay-at-home orders were issued in March, motorsports events – just like everything – came to an (…)

Ray Evernham and Tony Stewart are spearheading a new, made-for-TV short-track racing series that is scheduled to debut in 2021. The pair (…)

Truex "back in the game" with Kentucky runner-up finish

Even though Martin Truex Jr. came up one spot short at Kentucky Speedway, he feels his Joe Gibbs Racing team is “back in the game (…)

Brad Keselowski felt it was “unavoidable contact” between him and Jimmie Johnson with 19 laps to go at Kentucky Speedway. Johnson sat (…)

Drissi returns to Brainerd to take Trans Am top step

B. Torrence, Hagan, Line and Oehler score wins in NHRA’s return to racing at Indy

Almost perfect not quite enough for O’Ward