Think of racing fuel and the first thing that probably comes to mind is high octane numbers. In reality, octane numbers only tell a small part of the story.

We all know that at any given race track, suspension settings, aero settings and gear ratios are adjusted specifically to meet the demands of the circuit, but what about the fuel?

“We can formulate different fuels for different tracks,” says Dr. Bruno Philippon (Pictured), lead chemist at ETS Racing Fuels. “So for example, if a circuit demands long periods of full throttle, the challenge, especially in an atmospheric engine, is to get enough fuel flow at high rpm into the combustion chamber, known as, ‘the cylinder-filling rate.’ At high rpm, the combustion temperatures are hotter, so the air/fuel mix does not fully fill the combustion chamber. To counter this, we blend a fuel using higher oxygenated compounds, and higher vaporization specific to heat, which cools the cylinder for better combustion.”

In contrast, Philippon explains, a track with many corners requires the opposite – a fuel with higher vaporization speed to deal with the more frequent acceleration periods and shorter duration periods at high rpms.

ETS Racing Fuels started out in 1989 as Esso Technology & Services, Esso being the global brand of Exxon. At the time, Esso was heavily involved with the Peugeot 905 Group C prototype program that won the 24 Hours of Le Mans in 1992 (ABOVE) and ’93. Esso established the Technology & Services subsidiary as a sort of secret “skunk works” operation apart from the normal refining activities of the company, specifically to create custom-blended fuels and lubricants in volumes so small that it would have been unfeasible for a standard refining operation.

Following the Exxon-Mobil merger, ETS was sold off as an independent company, and that opened the doors to more opportunity. Since then, ETS Fuels has supplied championshipwinning teams in World Superbikes, AMA Motocross and Supercross, and various international rally and sports car championships. Cryptically, Philippon adds that ETS has also created highly-bespoke fuels for manufacturers in MotoGP as well as a certain internationally high-ranking auto racing championship, but he won’t elaborate beyond that…

Blending a super-premium racing fuel is mostly about the chemistry, but there’s a little bit of an art to it as well.

“We do not use any refined products in our fuels,” says Philippon. “Instead we start from pure hydrocarbon molecules. Because of this we are able to maintain much higher levels of control and consistency than we would if there were refined products. As a result, we are able to produce true bench racing fuels for racing manufacturer engine development that completely eliminates the variability in fuel quality for the most accurate dyno results and engine mapping.

“Yet while the chemistry is paramount, it’s very important that we bring the passion to understand what kind of performance characteristics a driver or rider desires,” he adds. “For example, it’s not enough to look at the power numbers and say that we have reached our target if the subjective feeling of the driver isn’t satisfied. So we bring a bit of art to developing a fuel that we can adjust to how the driver feels the engine responding when the throttle is open, but still maintaining the power targets. In other words, two blends can deliver the same power, but one will feel more powerful because of the improved response.”

In terms of pure power, how significant of a difference can an ultra-high quality fuel like ETS make? That’s a complex question. But to give a simple example, Philippon relates that they recently began producing fuel for an Australian drag racing series that had banned leaded fuel. The teams were very focused on octane numbers, and were skeptical of using the ETS fuel rated at only 100 vs. the leaded fuel’s 120 octane. But results showed that an engine previously producing 700hp was now producing 740hp with the new ETS fuel.

How’s that for high-test?

While ETS Racing Fuels has had a North American presence in AMA Motocross and Supercross with KTM, Husqvarna and Suzuki in the past, its products weren’t widely available to tracks, club racers and vintage racers. That has recently changedas ETS seeks to build on the presence it has in the U.S. market with improved supply and distribution networks under development, as well as by establishing a U.S. headquarters in Troy, Michigan. 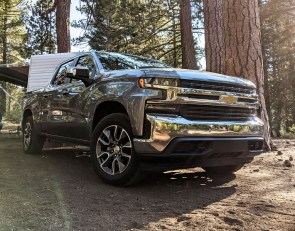