Anyone who has seen “Ford v Ferrari,” the blockbuster 20th Century Fox film depicting Ford Motor Co.’s effort — spearheaded by Carroll Shelby (Matt Damon) and Ken Miles (Christian Bale) — to unseat Ferrari as the king of Le Mans, saw this before the credits rolled: “Revered by racing fans worldwide, Ken Miles was inducted into the Motorsports Hall of Fame.”

“The goal that our late president Ron Watson had from the outset was that induction into the Motorsports Hall of Fame of America would be seen as the ultimate motorsports credential,” said George Levy, president of the MSHFA, “just as with Cooperstown for baseball and Canton for football. The mention in ‘Ford v Ferrari’ is proof that goal is being realized.”

Miles was indeed inducted into the Motorsports Hall of Fame of America in 2001. Shelby preceded Miles into the Hall in 1992. And there were many more MSHFA inductees who had a role in Ford’s success at the 24 Hours of Le Mans in 1966 … and 1967, 1968 and ’69. Some were depicted in the movie and some were not. Other Hall of Famers took part in the 1966 race that saw the first-ever victory by an American car.

Phil Remington, Shelby’s master fabricator, played by Ray McKinnon, shared the screen quite a bit with Damon and Bale. He was inducted into the MSHFA this past March in the Class of 2019.

Remington, who died in 2013 at the age of 92, was presented for induction by his daughter, Kati Blackledge (pictured below in 1968 with her father and this past March at the MSHFA induction), who this year has finally seen her father gain some deserved recognition on both the silver screen and with his enshrinement into the MSHFA.

“The Motorsports Hall of Fame of America is a wonderful organization, and I was truly impressed when I set foot inside the museum for the first time when my dad was inducted,” Blackledge said. “I remember looking around and thinking it is very cool my dad is now part of something this big. To my knowledge, my father was never in a winner’s circle photograph his entire career. He cared about victories, but not the glory associated with winning. He had an internal satisfaction from winning but never cared about the spotlight. Then, finally, the Motorsports Hall of Fame of America comes along with a call from Ron Watson saying this man — who literally spent his entire life winning races behind the scenes — is going to be inducted, and I thought, ‘Finally he got the big win.'”

Released Friday, November 15, “Ford v Ferrari” grossed more than $40 million as the No. 1 movie over the next week. Its popularity remains strong, with “Ford v Ferrari” trailing only Disney’s highly anticipated “Frozen II” as last weekend’s No. 2 movie.

Including Shelby, Miles and Remington, nine different MSHFA inductees are portrayed by actors in the movie.
Denis Hulme, Miles’ co-driver in 1966, was played by race car and stunt driver Ben Collins. Hulme joined the Hall of Fame in 1998.
Bruce McLaren was inducted in 1995. Played by Benjamin Rigby in the movie, McLaren, like Miles, was one of Ford’s primary development drivers and won the ’66 race with co-driver Chris Amon.

1991 MSHFA inductee Dan Gurney (center in picture above with Miles at left and Shelby to the right) won pole, set fastest lap and led the 1966 race comfortably before his Shelby American entry broke. He and A.J. Foyt (MSHFA Class of 1989) became the only Americans to win the race in an American-made car in 1967. Alex Gurney, Dan’s youngest son, played his father in “Ford v Ferrari.”

John Holman & Ralph Moody also ran Ford GT40s in the 1966 Le Mans 24 Hours. A Holman & Moody entry finished third. Holman, who was inducted into the MSHFA along with his partner in 2005, was played by Christopher Dargah.

Lloyd Ruby, inducted in 2005 and played by Adam Mayfield, won the previous two legs of sports car racing’s triple crown (Daytona, Sebring and Le Mans) with Miles and was slated to drive with him at Le Mans before he crashed his plane two weeks prior to the race. “Hard Luck Lloyd” was sidelined for a month-and-a-half, missing his date with history.

“The success of ‘Ford v Ferrari’ hopefully will inspire other filmmakers to bring the stories of these and other inductees to the screen,” Levy said. “Stories we tell every day to visitors to our museum at Daytona International Speedway and on our website, www.mshf.com.”

The MSHFA’s next induction ceremony will take place March 17, at the Shores Resort and Spa Hotel in Daytona Beach. MSHFA Induction Week also includes the annual Heroes of Horsepower Reception, Monday, March 16, at the MSHFA Museum, and two additional inductee events, including a Monday luncheon and Tuesday breakfast.

• While honored to see her father featured so prominently in the movie, Blackledge couldn’t help but notice the character portrayed was much different than her dad. Remington — always called “Rem” by his teammates and friends — was in his mid-40s when Ford went to Le Mans and never had a beard, let alone a mustache, in his life. McKinnon’s character portrays a much older Remington with a mustache that answered to both “Phil” and “Pops” in the film. “My mom was the only one who ever called him Phil, and I remember laughing the first time they called him ‘Pops’ in the movie,” Blackledge said. “I could hear in my head my dad saying, ‘You calling me Pops?! I’ll give you a pop!’ and rolling his eyes and walking away. He was really funny and always had this mischievous smirk on his face. He had these ice blue eyes that were very piercing, such a handsome guy, but you knew it when he was shooting you that look.”

Other MSHFA inductees who were involved with the 1966 Le Mans race include:

• Leo Mehl (MSHFA Class of 2007) – Oversaw the creation and distribution of Goodyear tires that won the race. 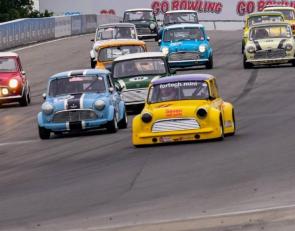 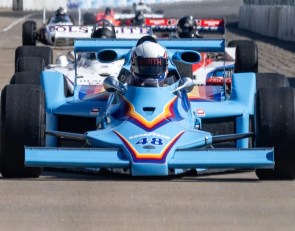 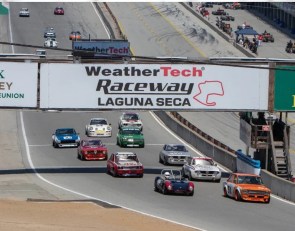 My guest on episode 55 of Inside the SCCA presented by Blayze Coaching is a guy I’ve known for many years. He was a friend of the RacingWire (…)