Four NASCAR Cup Series teams have been penalized for manipulating the owner points in the season finale at Homestead-Miami Speedway.

Premium Motorsports has been docked 50 owner points from its Nos. 15 and 27 cars. Team owner Jay Robinson has also been fined $50,000.

Rick Ware Racing was the other team penalized. The No. 52 car was docked 50 owner points while owner Rick Ware was fined $50,000. RWR’s competition director Kenneth Evans was fined $25,000 and indefinitely suspended.

A statement from Scott Miller, NASCAR senior vice president of competition, read: “Following a thorough review of race data and driver/team communication from the season finale at Homestead-Miami Speedway, as well as interviews with several competitors, NASCAR has determined that the Nos. 15, 27, 52 and 77 teams have violated Sections 12.8.g and 12.81.1 of the NASCAR rule book, which addresses manipulating the outcome of a race.”

In the official race results for the Ford EcoBoost 400, the No. 15 car retired from the race on Lap 227 for a steering issue, finishing 38th. On Lap 236 the No. 77 car parked for a brake issue, finishing 37th, which was also the listed reason for the Lap 240 retirement of the No. 52 car which finished 36th. The No. 27 completed the race and finished 35th.

Premium Motorsports was battling with Gaunt Brothers Racing (the No. 96) to be the highest-finishing non-charter team in the owner points. Having those cars retire from the race allowed the No. 27 car to finish ahead of them in the race results and be ahead of Gaunt Brothers in the owner standings.

The highest-finishing open (non-charter) car receives the biggest share of the prize money.

“Following the season finale at Homestead-Miami Speedway, NASCAR assessed a penalty against Spire Motorsports for the actions of an individual who made a judgment call on behalf of our team,” said Spire team owners TJ Puchyr and Jeff Dickerson in a statement. “While the ultimate outcome of that decision can be interpreted from different perspectives, we regret any appearance of operating outside the spirit of the rule book. We accept the penalty and will not appeal. We’re proud of all we accomplished with this team in our first season and look forward to getting back to the business of racing at Daytona in February.” 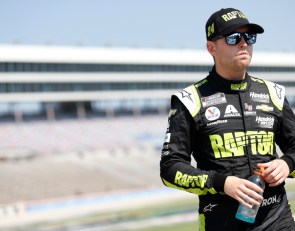 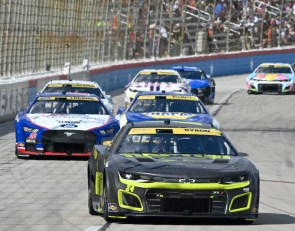