For three years, Brian Karwan has tried to win Street Touring Roadster title at the SCCA Tire Rack Solo National Championships. In 2018, he competed in a different autocross class, but he returned to STR in 2019 and finally achieved the result he wanted. And as a bonus, he also earned the coveted SCCA Solo Triad Award.

“I’ve been competing in the class for quite a while and have been close many times, but it was not quite enough to win. Winning was like a weight being lifted,” he says. “Deep down, I believed I could do it. But If I never won, I’d still be content because it’s such a fun class and I enjoy the competition in it.”

Karwan used to compete in Street Modified Front-Wheel-Drive, and he parlayed his passion for autocrossing and his work in engineering to start a business making autocross-dedicated parts. His business, Karcepts, was already established when the ND Miata launched at the end of 2015, and he saw an opportunity.

“I offered products for certain cars, like the Civic I drove in Street Mod Front, but those were engine related parts,” he says. “My true passion is suspension tuning; I design swaybars and cater them to autocrossers. When the [ND] Miata came out, it was a brand-new car, and my business was growing where I could finally invest in a chassis. I picked up the first ND I could find at a local dealership and began product development. The Miata was a hot car and everybody was anticipating the new chassis. Racing the car, I just fell in love with it – it just does everything you want.” 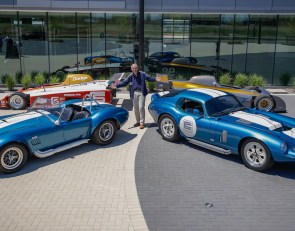