Hollis proves the ND2 a winner in Time Trials

Hollis proves the ND2 a winner in Time Trials

For the second straight year, Andy Hollis returned to Texas from NCM Motorsports Park in Bowling Green, Ky., with an SCCA Tire Rack Time Trials Nationals win during the event’s sophomore year. This year, Hollis saw success in the Sport 5 class in his 2019 ND2 Miata that he has been developing throughout the year.

When MazdaMotorsports.com last checked in with Hollis, he had completed much of the suspension development work, but the front swaybar he had installed for autocross wasn’t Time Trials legal since it did not utilize the stock configuration. To that end, he worked with Good-Win Racing to obtain a Progress stock-style front swaybar. Hollis then swapped the rear swaybar with that from the Fiat Spyder, which shares the basic chassis with the ND Miata. Since then, much of his development has centered on wheels and tires.

“I went to larger wheels and tires,” Hollis explains, noting that he put on a set of 949 Racing 6UL wheels measuring 17×9 inches, and wrapped those in 245/40-17 Bridgestone RE71R tires. “That fits in the car without rolling the fenders and without any significant rubbing. It’s about the biggest thing you can put in there for 200-treadwear sticky tires. Sport 5 doesn’t allow fender rolling, so that was pretty much maximizing that situation.

“I tried a couple of different things while trying to figure out what the right combo was,” Hollis continues. “I found that even though that setup is heavier than some of the other ones because it’s so much larger, the cornering speeds more than made up for the loss in acceleration as well as the additional rolling mass that you had to brake to slow for a turn. Looking at the data, you could see where the time was made – it was made in the turns, even though it was a bit slower in a straight line.” 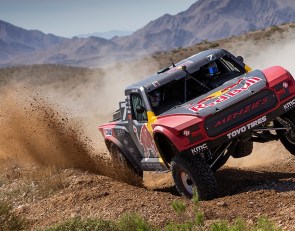