He was a master engine builder, innovator, chief mechanic and behind-the-scenes wizard at the Indianapolis Motor Speedway for more than five decades. But Louis “Sonny” Meyer, Jr. (at left in photo above, with constructor David “Quin” Epperly), who passed away Saturday at the age of 89, never bragged about his many accomplishments and was always content to blend in with the scenery and let the results speak for themself.

It’s estimated that Meyer was directly involved in preparing the winning engine at Indianapolis a total of 15 times.

“Sonny was a damn smart mechanic, excellent engine man and good guy,” said A.J. Foyt, who worked with Meyer on Ford engines in the 1960s. “They don’t make ‘em like that anymore.”

The son of Indy’s first three-time winner, Louis Sr. (“Louie”), young Meyer got an early start in motorsports when his father purchased the Offenhauser engine business in 1946. Learning everything there was to know about the Offy, Sonny showed a great mechanical aptitude and became coveted in Gasoline Alley.

Father and son introduced the supercharged midget engine to Indy in 1949-’50 with Tony Bettenhausen, and Sonny worked on Bill Vukovich’s crew in the early 1950s before becoming a chief mechanic for Bettenhausen in 1958. That was also the year Meyer introduced pneumatic air jacks to Indy cars.

He was crew chief at Indy in 1962 when Troy Ruttman charged from 30th to second; helped Joe Huffaker with the MG Liquid Suspension cars; then dove into the Ford program when his dad purchased it in 1964. Ford powered Foyt to his third Indy win in 1967.

The Meyer-Drake engine became a major player in the 1970s as Sonny set up shop at Patrick Racing and cranked out big horsepower in between fighting daily with chief mechanic George Bignotti.

“We tolerated each other and it wasn’t always easy; but we managed to survive,” recalled Meyer with a smile a few years ago.

In 1973, Gordon Johncock captured Indy for Patrick in a car and engine built in-house off West 38th Street. Sonny fueled the Wildcat on pit stops after putting together the winning engine.

“I was lucky enough to work on the same team with Sonny, and if you were around him for five minutes and kept your mouth shut you were going to increase your racing knowledge ten-fold,” said Tim Coffeen, who worked with Patrick, Machinists Union and Newman-Haas during his 30 years in IndyCar.

“He was brilliant and just a humble, wonderful man.”

Following his tenure at Patrick, Meyer went to Vince Granatelli and then John Menard to develop the V-6 Buick.

He was inducted into the IMS Hall of Fame in 2013. 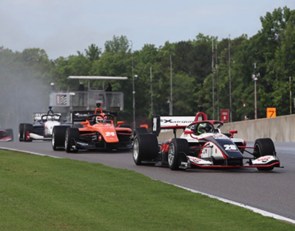 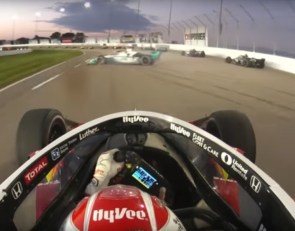