Breaking the international FIA F4 single-event entry record, a fleet of 38 Honda-powered Ligier JS F4 cars equipped with Hankook Tires will descend onto the fast and challenging Formula One circuit. In the most diverse field to date, drivers representing 10 countries and 12 states will nearly max out the CoTA grid.

F4 US looks ahead to USGP finale with record entry

The previous entry record was set by ADAC F4 Germany in 2016 with 37 entries.

“The continued growth of the F4 U.S. program is exciting to experience, and we are very happy to share it with the fans this weekend,” said SCCA Pro Racing General Manager Sydney Davis Yagel. “Last season, F4 U.S. set the international record for the season with the highest average grid with 33 entries per event, and this year we’re breaking the single-event entry record. It just goes to show that this FIA-certified series, designed to develop drivers in an affordable environment, continues to generate interest even after four seasons.”

Local Texas driver Jake Bonilla, 17, is the latest driver to join the F4 U.S. ranks at CoTA. Driving the Jensen Global Advisors prepared No. 2 car, Bonilla and his Harris Hill Driver Development team will make their professional single-seater debut at the most anticipated event of the season in effort to jumpstart Bonilla’s 2020 campaign. Bonilla has trained in the Ligier JS F4 throughout the 2019 season with Jensen Global Advisors and logged countless hours on the 20-turn, 3.427-mile track behind the wheel of a sportscar.

The F4 doubleheader finale takes place on the largest world-stage of the season at the Formula 1 United States Grand Prix at Circuit of the Americas. More than 300,000 fans are anticipated to fill the stands during the three-day event.

The action-packed weekend welcomes professional drivers and race fans from all over the world for an unforgettable weekend of adrenaline-pumping excitement. The 38 F4 U.S. drivers will participate in a 30-minute practice on Friday (9:45-10:15 am Central) before qualifying later that evening (5:00-5:20 pm Central). Saturday opens with the first race of the doubleheader weekend (10:40-11:10 am Central) followed by an autograph session in the support paddock at the series trailer open to all fans (2:30-3:00 pm Central). The season culminates on Sunday morning before the F1 race (9:15-9:45 am Central).

For timing and scoring or to learn more about the series, visit F4USChampionship.com. Follow @f4championship on Twitter for live racing updates. 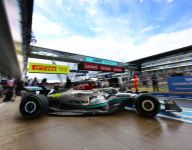 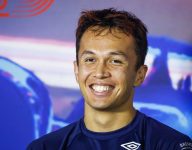 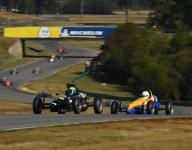