MILLER: A salute to print

MILLER: A salute to print

Long before emails, texting, twitter and instant messaging, it took quite a while for news, rumors, results and scoops to find their way to race fans. There were three major outlets in North America: Competition Press & Autoweek, Speed Sport News and The Indianapolis Star & News. But only the newspapers were capable of delivering a breaking story because they published daily, while the other two were printed weekly.

Chris Economaki’s “From the Editor’s Notebook” was the most popular column in the country, as SSN’s owner listed every rumor he heard and never worried about their validity, but was the first to admit he wasn’t a journalist or a writer – just a source of information.

So while he might be covering an IndyCar race for ABC at Trenton on a Sunday and hear about a driver about to be fired or a new race on the horizon, it would be until Thursday before any of his 75,000 subscribers could read about it.

At The Star we had the benefit of five editions a night, so even if I got a great tip about Goodyear pulling out of IndyCar racing at 6 o’clock on a Tuesday, by the time I got a hold of A.J. Foyt, Derrick Walker and Stu Grant of Goodyear for reaction, it was still only 9 p.m., so my story made the final three editions for Wednesday morning.

Autoweek’s weekly 40-page tabloid had a massive audience for IndyCar, NASCAR, SCCA, NHRA and used some of the best in the business — Eoin Young, Pete Lyons, Al Pearce, Bob Myers, Ray Marquette, Jon Asher and Leon Mandel – to crank out race reports, features, columns and gossip. The title still exists, but only online.

I gave many of my Star stories to Economaki because it was prestigious to be on the pages of SSN, and I was also fortunate enough to cover IndyCar for Autoweek in the early ’80s before joining Paul Oxman’s cool bi-weekly magazine called On Track in the mid-’80s.

It was a great time to be a motorsports fan because you had SSN, Autoweek, On Track and RACER in the USA, and Autosport, Motor Sport and Motoring News in England. It was a smorgasbord of features, commentary and pictures, and I still have about 200 of them stored away for rainy days and fact-checking.

But how things have changed during the 50 years I’ve been covering racing.

The sad news last week that Autosport will cease to publish after 70 years means the end of the last, great, major, weekly motorsports magazine that has covered Formula 1 and IndyCar with vigor, and given a start to many writers that became mainstays. (RACER Editor-in-Chief Laurence Foster was previously Autosport editor, and RACER.com editor Mark Glendenning also passed through its ranks.) I subscribed just to read Nigel Roebuck’s columns because they were the highlight of every issue. Reports say the recent circulation was down to 15,000 or lower.

So the once-popular bible of F1 it will now become an internet site only as the days of magazines and newspapers are dying at a rapid rate.

Of course we’ve still got RACER, which publishes six editions a year and is still kicking thanks to Rob Dyson, Chris Dyson and Pfanner, and Vintage Motorsport, the monthly fix for us old-schoolers which was recently purchased by RACER, to keep those clip files alive and give us something to hoard.

Thankfully, a lot of you make RACER.com a daily stop in your browsing for IndyCar, IMSA, F1 and NASCAR news but the reality is that iPhones, iPads and computers have taken over. I just can’t imagine taking one of them into the bathroom. 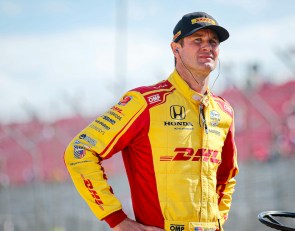 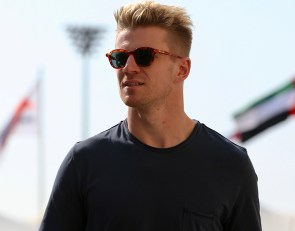 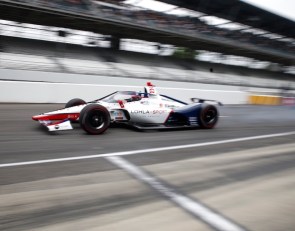