As the SRO America championships head toward their 2019 conclusion, eyes are on 2020 and beyond. This weekend at Watkins Glen International, all three series — Blancpain GT World Challenge America, GT4 America and Touring Car America are discussing the future with competitors. For Touring Car, the future looks both stable and promising, says TC America Series Manager Jim Jordan.

Some of the things that TC America is looking toward include using pump gas in TC and TCA as fuel partner VP moves toward the retail market and the possibility of using a DOT-approved tire in TCA. Both ideas are being considered as cost-saving measures. A new race on the Toronto IndyCar Series weekend may be on tap, but other than that, the elimination of Portland and ending the season at Indianapolis instead of Las Vegas, the schedule is expected to look very similar.

A new manufacturer – one that currently races in another Touring Car class – is expected to join TCA, the entry-level class for cars with around 180-200 hp and costing about $60,000. That car is expected to be at least shown, if not raced, at the season finale at Las Vegas Motor Speedway. Mini, through partner L.A.P. Motorsports, will begin selling customer cars, joining the Global Mazda MX-5 Cup car, the Honda Civic and the Subaru BRZ as the largest of the TC America classes continues to grow.

“TCA, which a couple of years ago was struggling a little bit, now feels like we’re on a strong foundation with a great variety of cars and great support programs. And TCA has been an awesome series to watch. The last four races, the top four cars have been a different brand every race,” says Jordan.

The Touring Car class has been populated primarily by the BMW M235iR and new M240iR turnkey race cars, with a couple of Nissans 370Zs and occasionally other cars as well. However, two new models are entering the fray. Both Mazda and Hyundai, through their team and shop partners, have new touring cars in the works. Corksport Performance showed off a new Mazda3 Touring Car at Portland last month, and Hyundai’s partner GenRacer has its new Veloster N at Watkins Glen this weekend. With these and other cars, it is the series’ intention to make sure the homologation is tight, so whether the build is a factory/designated shop build or the team builds the cars using parts kits, that the cars are similar and the Balance of Performance remains intact.

As for the fastest class, Jordan calls TCR his biggest challenge. “Worldwide, it’s the premiere touring car class, so TCR cars need to fit somewhere within TC America,” he notes.

TCR was split into two sub-classes for 2019, with non-DSG-transmission cars retaining the TCR moniker and DSG-equipped cars from Volkswagen and Audi taking the TCR Cup name. The class has 11 cars at the Glen, divided almost evenly between TCR and TCR Cup. Regular models include the Volkswagen Golf GTI, Audi RS3 LMS, the Honda Civic Type R, the Alfa Romeo Giulietta and Hyundai Veloster N. Mazda is expected to have a TCR car next year as well with the Mazda3.

One of the difficulties that Jordan faces with TCR going forward is World Sporting Consulting (WSC), the rights holder for TCR worldwide, is that the class must run with another class within TC America. While historically that has been TCA, with that class expected to add to its typical 15 entries, combining it with TCR could cause issues with car count limits at certain tracks. Jordan would like to have the option to run TCR as a standalone race, and hopes that limitation can be eliminated from the contract.

Overall, the Touring Car America classes are healthy and growing. New manufacturers getting involved and rules stability should help it keep momentum. 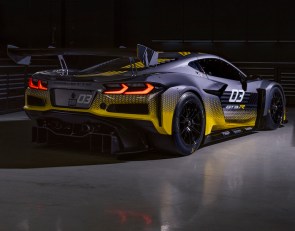