The next step in Formula 1’s United States expansion plan is likely to be a city race in Miami or Las Vegas before a potential new American team could come to fruition.

Liberty Media has been keen to grow the sport in the U.S., with a second race in Miami still being discussed more than a year after the plan was first made public. Las Vegas has also been named as a potential venue for a second American race ,and F1 CEO Chase Carey says talks are ongoing with both cities as well as with potential teams that could further boost interest in the States.

“It’s important to us,” Carey told Liberty Media’s earnings conference call for the second quarter of 2019. “We’ve been quite public about our goal with the opportunity in the U.S.; our television audience has grown well here this year.

“When you look at digital it has been a positive surprise, as a few years ago we weren’t doing anything in digital so it’s tough to measure the engagement we had in the US digitally. There’s a lot more fans here than people believe there are. We’re excited about those opportunities.

“We’ve talked about adding races in destination cities like Las Vegas or Miami. We’ve been engaged for the last year there. We’ve made good headway, we are continuing, I have meetings next week with parties there, I had meetings a month ago… I think we feel it’s important; we feel we’re making steps down the road.

“We are talking to new team entrants as we firm up the business model for team ownership. We have Haas as a U.S. team; we’d love to add a high-profile U.S. team. Down the road you’d love to have a U.S. driver – that probably takes longer, but we recognize there are multiple elements to continue to grow and build the sport and engage the fan base here.

“It continues to be a priority, and we’re making good headway on it. We look to potentially add that, probably the first step would be adding that race in a city like Miami or Las Vegas.”

F1 is already set to expand to a 22-race calendar next year – with Carey saying a schedule will be released in the coming weeks – as Vietnam and the Netherlands are added and only either Spain or Germany likely to miss out. 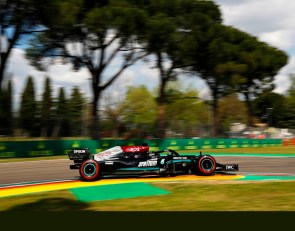