The Saratoga Automobile Museum and Double H Ranch are proud to announce a new partnership between these two venerable organizations, culminating with the auction of a 2008 Ford Ravenhawk Roadster. The Ravenhawk will be auctioned off at the museum’s third annual Saratoga Auto Auction, taking place at the Saratoga Performing Arts Center in September.

A mix of classic automotive looks and modern conveniences, the Ravenhawk is a modern car that captures the stylings of yesteryear. The Ravenhawk’s underpinnings consist of a Corvette C5 drivetrain and chassis with a LS2 Corvette engine. Boasting 405 horsepower mated with a six-speed manual transmission, the Ravenhawk delivers an exciting automotive experience.

“The 2008 Ravenhawk will certainly excite the car lover in everyone,” said Bill Windham, auction director. “We’re honored to help further the mission of the Double H Ranch through our partnership to auction this unique car off at no reserve during the third annual Saratoga Auto Auction.”

“The Double H Ranch shares a special relationship with Matt and Lois Emmens who generously support our campers and the mission, and donated this car,” said Max Yurenda, Double H Ranch CEO and executive director. “The car auction will directly benefit our inspirational campers and we are all excited to hear the results of this unique fundraising initiative with the support of the Saratoga Automobile Museum.”

The Double H Ranch, based in the Adirondacks and co-founded by regional entrepreneur Charles R. Wood and actor Paul Newman, provides specialized programs and year-round support for children and their families dealing with life-threatening illnesses.

Contemporary Classics Inc., a company founded by a retired Boeing engineer in the early 2000s, constructed this particular Ravenhawk in 2008.

The Ravenhawk is currently on display in the Marsha and Dennis Dammerman Gallery, at the Saratoga Automobile Museum until the auction in September, where it will be auctioned off at no reserve. The car will also be on display at the Saratoga Race Track on Wednesday, Aug. 14, 2019, along with Museum and Double H Ranch officials.

For more information about the Ravenhawk Roadster, the 2019 auction, or current consignments can be made by calling Bill Windham at (518) 401-5180 or by emailing bill.windham@saratogaautomuseum.org. 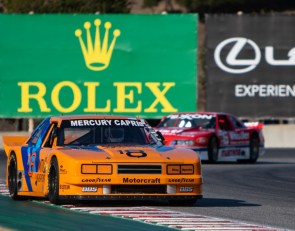