NASCAR warns of crackdown on restarts

NASCAR warns of crackdown on restarts

A week after Joey Logano said restarts rules had loosened back up, NASCAR officials are issuing pre-race warnings at Pocono.

Gander Outdoors Truck Series drivers heard it Saturday from Scott Miller, the senior vice president of competition. The same speech will be given to NASAR Cup Series drivers Sunday in their pre-race driver and crew chief meeting.

“There’s been more and more – within all the series, not just the Cup Series – of trying to push the limits,” said Miller. “It’s our responsibility as NASCAR to keep it fair, and it’s not our goal to influence anybody’s race. So, basically what I did today in the Truck meeting, and will do again tomorrow in the Cup meeting, is reiterate what we’re looking at, and if that means that we have to call some penalties to get it reined back in, that’s what it means.

“It’s really kind of refresher of what we’re looking at, and how we’ll officiate it moving forward. It’s our responsibility to do that.”

Logano was upset with Aric Almirola getting a warning for what he described as brake-checking the field last weekend in New Hampshire. NASCAR said it would review the restart during the week, and Logano did meet with officials in Pocono, but offered no insight into the conversation.

Almirola said after qualifying Saturday afternoon that he didn’t slow down in the restart zone, he just didn’t go when Logano tried to bait him into doing so. Miller confirmed he was referring to driver’s brake checking and laying back too far on restarts as what NASCAR would be monitoring.

“That’s the gist of what’s going on,” he said. “The responsibility of the leader is to maintain a constant speed into and through the restart zone until he decides to start the race. And I think something to the contrary has happened in a few cases.

“We’re moving close to the playoffs, and we want to make sure we have this sorted out as we get there so that that doesn’t become the story of restarts – whether we called a penalty or whether we didn’t. Just trying to get them to kind of get back to doing it right.”

Seven-time champion Jimmie Johnson said it was “nice of them” to issue warnings this weekend, but nothing is going to be solved until drivers are penalized. Everyone, said Johnson, anticipates a warning and will push the issue until they hear one.

“They start dropping the hammer on us, that stuff will stop,” said Johnson. “I’ve heard Mike Helton stand up there before and say, this is your warning, and we all took him seriously. So, if they deliver that message, then I really believe that stuff will slow down, and as soon as they nail someone, it’ll all go away.”

Gander RV 400 pole-sitter Kevin Harvick said if NASCAR is talking like this, then someone is going to get penalized. Another former series champion, Brad Keselowski, said there is not a lot to be made about restarts since they’re part of the ebb and flow of the sport. Every so often they get crazy, and then quiet back down.

William Byron was lined up fourth behind Almirola last weekend. In the moment Byron didn’t think Almirola did anything wrong, and then he went back and looked at the replay of how stacked up the field got.

“I think there’s just got to be some consistency,” said Byron. “If the leader does that, it should be equal penalty to the second-place guy messing up. I think it’ll be that way moving forward; they’re usually pretty strict to the rules, especially as it comes to towards the playoffs. I think it’ll tighten back up.”

Considered one of the best at restarts, Kyle Busch said there has been “way more” gamesmanship this year because it’s priority number one for drivers to make passes. With the aero package, Busch says the field has about three laps to make up position before everything gets single file.

“Like Loudon last week, it was kind of that way,” said Busch. “There were a few guys that could pass and get up front. Dover’s definitely that way. Here at Pocono’s definitely that way. Once you get yourselves single file and strung out, the aero effects are just too great to overcome. Restarts are everything.

“There’s certain gamesmanship that’s being played on restarts. It’s been a lot more this year. Everybody’s understanding that, realizing that. I would agree that it’s about time NASCAR stepped in or all of us were going to continue to see all what we could get away with.” 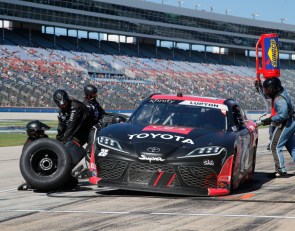 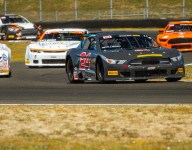 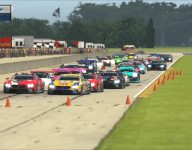 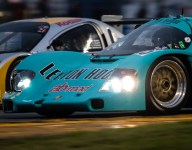 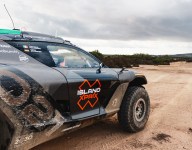 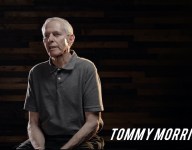 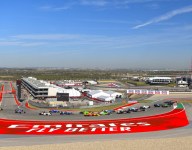