Denny Hamlin said he’s “really happy” with NASCAR getting back to the basics by eliminating the arm’s length requirement for uncontrolled tires.

NASCAR officials announced the change on Wednesday. It had been a hotly debated rule that often led to multiple penalties on race weekends — and one Hamlin and his team met with officials about earlier this month to voice concerns about.

“I think they knew with this whole arm’s length rule they were putting themselves in a box, and it was a very subjective box,” Hamlin told RACER during a round of media calls Friday morning to promote his FedEx paint scheme for Watkins Glen. “It had to do with who makes the call and what’s the opinion of that person who is making the call. It is not a black and white, here’s the line, you’re over the line. It was an opinion, judgment call. And they did not want to be in that box.

“I think after I had my meeting with them and voiced my concern and my crew chief [Chris Gabehart] voiced his concern … they worked hand in hand with NASCAR to say, ‘Here’s what we think should be the rule, let’s think about what this was designed to do — keep tires from rolling out in the middle of pit lane and cars hitting them and then the tires hitting the pit crew guys — so let’s get back to basics’ and they’ve really done that.

“I’m really happy with NASCAR to make an immediate change, not be afraid to make the change right here in the middle of the year.”

Hamlin also praised NASCAR for having the mentality that it’s never too late to make the right decision.

“I think this is without a doubt the right decision on their part to get themselves out of making that tough call,” he said.

Both Hamlin and Gabehart said their meeting with NASCAR officials led to some great discussion. The week before at Chicagoland the No. 11 team, which had won Stage 1, had been penalized for an uncontrolled tire and sent to the rear of the field.

Ruined our day. And for what? A nickel and dime judgment call? This intent is not why this rule was put into place. Let’s go back to using common sense. https://t.co/KdlBT234bp

“Overall, I think they were really receptive to my concerns and theirs,” said Hamlin of the meeting. “Their concern was obviously, ‘Hey, we’ve got enough issues, we don’t need them out there in social media,’ and so I understand where they’re coming from and don’t need to draw any attention to something that is a iffy situation anyway.

“But I’m really happy for them. This is a great good change for everyone involved and more black and white going forward.”

Gabehart was impressed with NASCAR’s effort to continually make the sport “better and cleaner, and if something’s confusing try to address it. I think that was a situation where there had been some recent incidents where maybe it was not as clear as it needed to be. NASCAR knew that and is making an effort to make it more black and white and less of a story, and I really commend them for that.”

Pit road penalties have been the Achilles heel of Hamlin and his team through the years. This season the group has been penalized 10 times either for speeding (three times), uncontrolled tires (five times), or too many crew members over the wall, which is usually a side effect of needing damage repairs (twice).

Gabehart didn’t shy away from Hamlin being a speeding offender, but also noted he’s not the worst. It was a subject the two discussed during the offseason and even during what Gabehart described as a “quarterly meeting,” Hamlin hasn’t been busted since Bristol in April. Now with the uncontrolled tire penalty changed, Gabehart is hoping for a much cleaner second half of the season.

“Every one of our issues has been uncontrolled tires, to speak in terms of penalties, which those are the real killers,” he said. “One second, two second slow (pit) stops, those aren’t fun, but they don’t absolutely cripple you the way a penalty does when you have to come back down pit road. So as far as that stuff goes, I think a couple of the uncontrolled tire calls were really close ones and certainly under the new letter of the law would go away, if not all of them. So from that point of view, I think all the crew chiefs will rest a little bit easier as our car comes down pit road knowing it won’t be such a tight judgment call determining whether or not a tire gets away, because often times those are the penalties we’re talking about.

“As far as our pit crew speed, they have really been improving a lot over the last several races. I’m really excited about that. The group is working really hard, they gel really well together, so I actually look for good things to come out of them.” 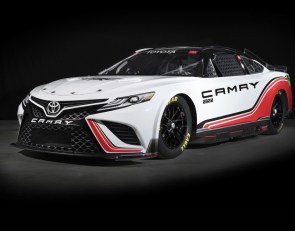