The August/September issue of RACER is our annual ode to Great Cars, and fittingly it will incorporate a special rotated cover section to celebrate the 50th Anniversary of United States Formula Ford. As part of this special section, which will benefit from added distribution at the FF 50th Anniversary event at Road America on Sept. 11-15, RACER is offering special rates for Formula Ford-related ads to be part of the nine-page (plus ads) section.

The Road America event is a key part of the Vintage Sports Car Drivers Association’s (VSCDA) huge annual Elkhart Lake Vintage Festival, and will be one of several tribute weekends (Willow Springs event in the photo above) recognizing the 50th anniversary of the first Formula Ford race in the U.S. It is already expected to be the largest of all with more than 225 cars and 255 drivers pre-registered, and dozens of prep shops, parts and accessory suppliers, tire makers, engine tuners and more attending to lend support.

Producing this special Formula Ford section is a particular honor for RACER founder Paul Pfanner who, in addition to being a FF racer himself, began his career in publishing with Formula Ford Review magazine in 1973. That project eventually became FORMULA magazine, and the experience paved the way for what would one day become RACER.

The enthusiasm for this single-seater class continues as Pfanner, along with longtime collaborators Steve Nickless, Mike Vannatter and Marcus Pye, now produce the Formula Ford RACER Facebook page. The group was also involved in creating and promoting the 20th and 25th FF anniversary events.

“One of the beauties of motorsport is the dizzying array of cars and classes that compete,” said Pfanner. “At RACER, we celebrate all things racing, but there’s no doubt that there’s a special fondness for Formula Ford. We’re proud to be involved again with the ‘golden anniversary’ in support of Steve Beeler, Mike and Deb Korneli, and everyone at the VSCDA putting on this event that will truly honor a class that gave rise to so many motor racing champions and amateur racers who have enjoyed the thrill of competition.”

Earlier, it was announced that the Ford Motor Company will be an event sponsor of the VSCDA FF celebration. Its corporate support signals that interest in and passion for the world’s most popular and populous single-seater racing formula is as healthy today as it was 50 years ago.

“We are thrilled that Ford is helping us celebrate this great occasion,” said Alex Rorke, president of the VSCDA, the sanctioning club. “With Ford’s support, we have added a third race group. Between Ford’s sponsorship and the dedication of event chairs Mike and Deb Korneli, It’s going to be a spectacular weekend for racers and spectators.”

For information on the FF50th event and the Elkhart Lake Vintage Festival, click HERE or HERE. 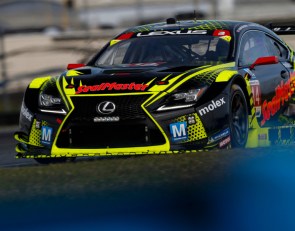 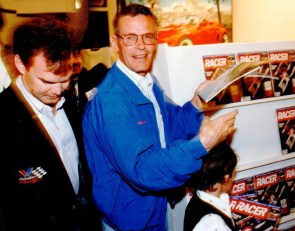