How Roger Penske changed the Indy 500, episode 9, with Paul Ray

How Roger Penske changed the Indy 500, episode 9, with Paul Ray

Part nine of the 15-part feature series ‘How Roger Penske Changed The Indy 500,’ which celebrates the most successful entrant at the Indianapolis Motor Speedway on the 50th anniversary of his first which took place in 1969, is Ilmor Engineering president Paul Ray.

Ray’s tenure with the engine company co-founded by Roger Penske marks its 30th anniversary in 2019.

Below are a few excerpts from the interview:

“My first ever race with Roger made me realize that in order to be successful at that event, you had to take very large calculated risks — very well calculated risks. Roger has always surrounded himself with the best people and the best equipment possible for any given situation, but he’s never been risk averse, ever.

“My first story I could tell to back that up was we’re on the grid, we’re on the pole position in 1990, and he and Mario Illien get together and decide … In those days, they were all engines that were built by Penske or by VDS Racing in Texas. Roger and Mario decided that the rev limiter wasn’t high enough on the pole position car and we are three minutes from the wave off and so my task was to adjust the rev limiter upwards 150 rpm. I remember it as clear as day because I’d never been so nervous in my life. A few hundred thousand people watching and no opportunity for error. At that point, or at least later when I’d reflected on it, I realized that that was the sort of calculated risk that they were willing to take, or Roger in particular was willing to take, in order to ensure the best chance of success, to make sure it would get to the finish line.”

THE GAMBLER II AND III

“It’s that calculated risk. Roger was willing to invest in the business plan of Paul Morgan and Mario Illien because he saw it as an opportunity that would potentially give him an advantage. The amount of money that sometimes these things take is a lot less than people imagine it to be, but it’s the investment in great people that continually evolve what Roger does. As a consequence, the relationship was a really good demonstration of that type of risk.

“Building his own cars back in those days was also a very calculated risk because you didn’t have the endless feedback that you got from having 10 or 12 chassis of the same type on track; you had two or three. As a consequence, that’s a huge risk. Get it wrong, as we saw in some instances — ’95 being the most obvious example of that — and it can cost you everything. But nevertheless, if you don’t take those risks you can’t have the level of success that Roger has had.”

How Roger Penske changed the Indy 500, episode 8, with Jade Gurss

How Roger Penske changed the Indy 500, episode 7, with Nigel Bennett

How Roger Penske changed the Indy 500, episode 6, with Chuck Sprague

How Roger Penske changed the Indy 500, episode 5, with Rick Mears

How Roger Penske changed the Indy 500, episode 4, with Mario Andretti

How Roger Penske changed the Indy 500, episode 3, with Bobby Unser

How Roger Penske changed the Indy 500, episode 2, with Robin Miller 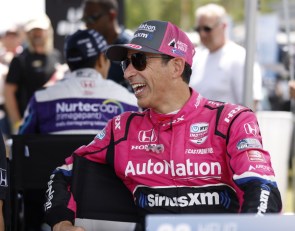 The Week In IndyCar with Helio Castroneves 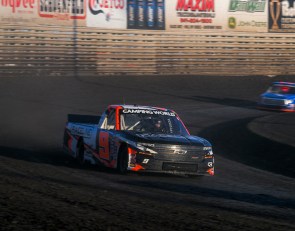